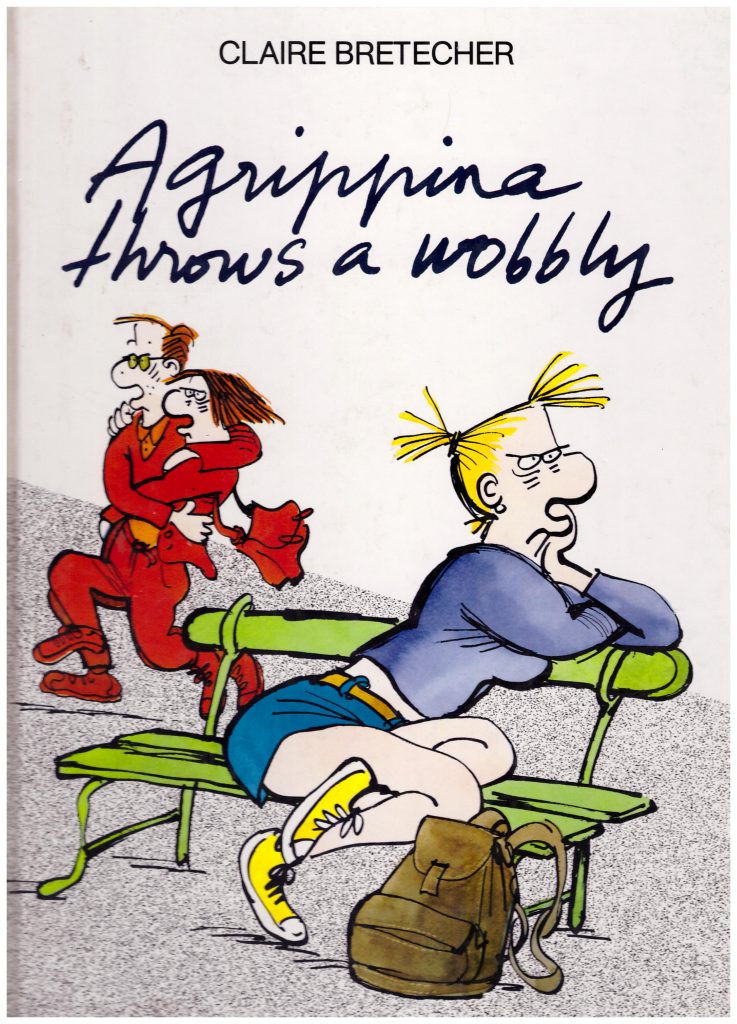 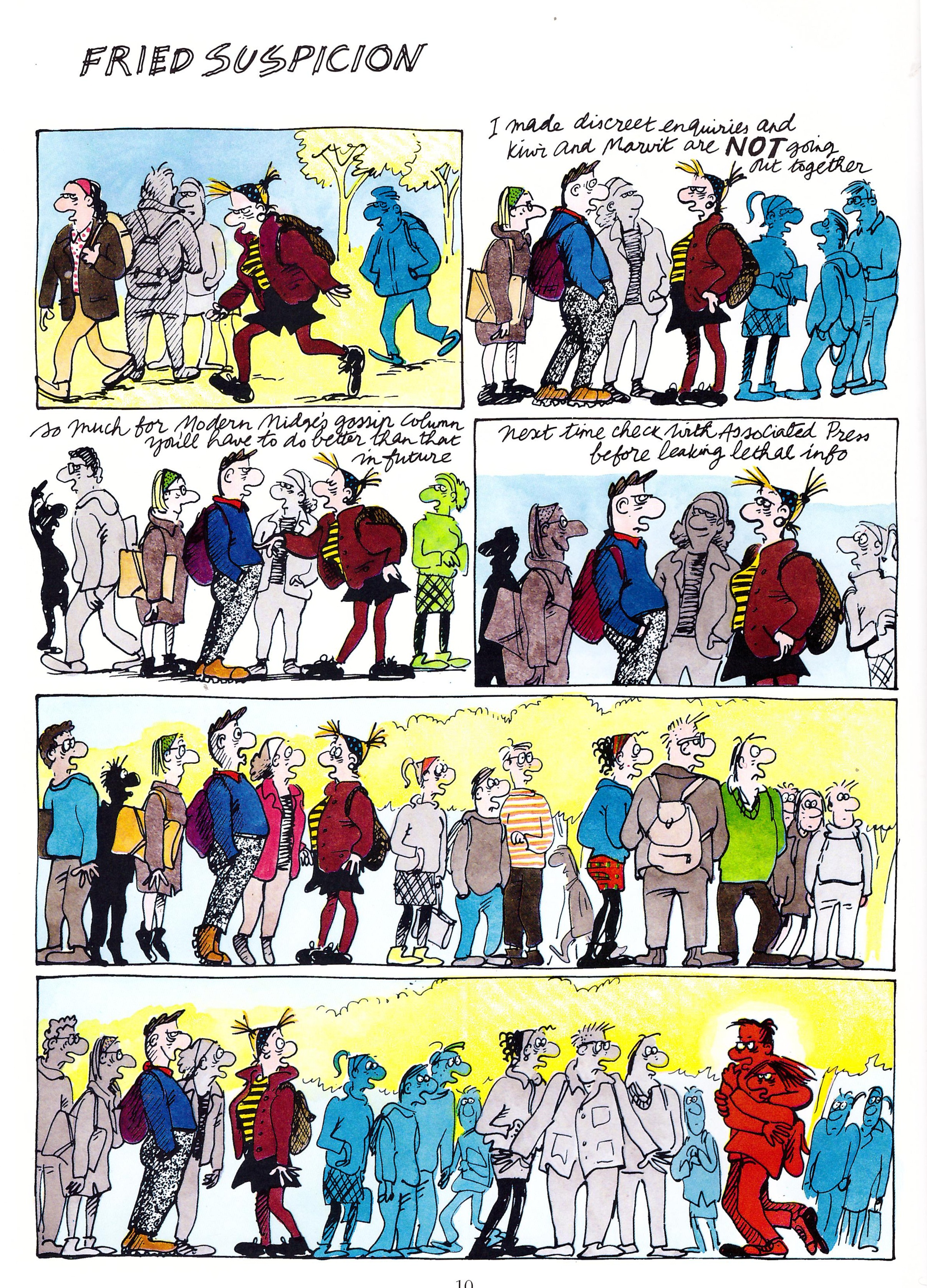 Due to their Sunday newspaper supplement exposure, for a considerable period of the 1970s and 1980s Claire Brétecher and Posy Simmonds were the best known comic artists in Britain. Both worked in similar territory, pricking the pomposity of the chattering classes, but Brétecher did so in a far more visceral and condemnatory manner. Her Frustration strip was drawn with a sketchy savagery, the well composed but primitive nature of the art ideal for making her points about ridiculous concerns.

It’s equally suitable for conveying the moodiness of a disenchanted teenage girl. The scowling Agrippina considers herself beset on all sides. Her parents don’t understand, her little brother’s a complete pain, and her best friend, with whom she shares everything, hasn’t told her she has a new boyfriend. That’s them on the bottom right of the sample page, wonderfully depicted in us against the world mode. Despite a simple design for Agrippina, Brétecher’s expressive cartooning is right on the button. She contorts her on the sofa, and throwing end of the world poses or eye-popping shock at trivialities, and is equally good at bringing Agrippina’s friends to life.

There’s a greater narrative continuity to this collection than there was to the first, with the individual strips largely extended to two pages, and threads running throughout the book. Agrippina herself is entirely unlikeable, deliberately so. She’s smart, and self-obsessed in the manner of all Western teenagers, but also resolutely unreasonable, hypocritical, manipulative and vindictive. Don’t feel too sorry for her parents, however, who saddled her with that name her after all. The character is viable, but it’s the gags that let the strip down. It’s only very rarely that any seasoned gag strip reader won’t be ahead of the punchline, and on several of those it’s because the joke’s not very good. Perhaps allowance has to be made for Brétecher being an early adopter of a genre now more widely explored, resulting in a more sophisticated and rounded portrayal of teenagers in comics, TV and movies since the early 1990s, but so much of Agrippina Throws a Wobbly is very obvious. That hasn’t prevented a successful 21st century TV incarnation in France.

As with the Frustration collections, Fiona Cleland’s translations are sharp and intuitive, and Methuen were sympathetic enough to ensure the English lettering matches Brétecher’s distinctive handwritten style, but that’s occasionally difficult to make out. The addition of colour to the Agrippina strips adds a vibrancy, but it’s bright splodges rather than considered placement. The exception is a subtle use highlighting the speakers in otherwise static group scenes.

This collection is long out of print, but Brétecher’s former popularity ensures second hand copies are easily found. Six further collections have appeared in France, four since the TV show began in 2001, but none have received an English translation.