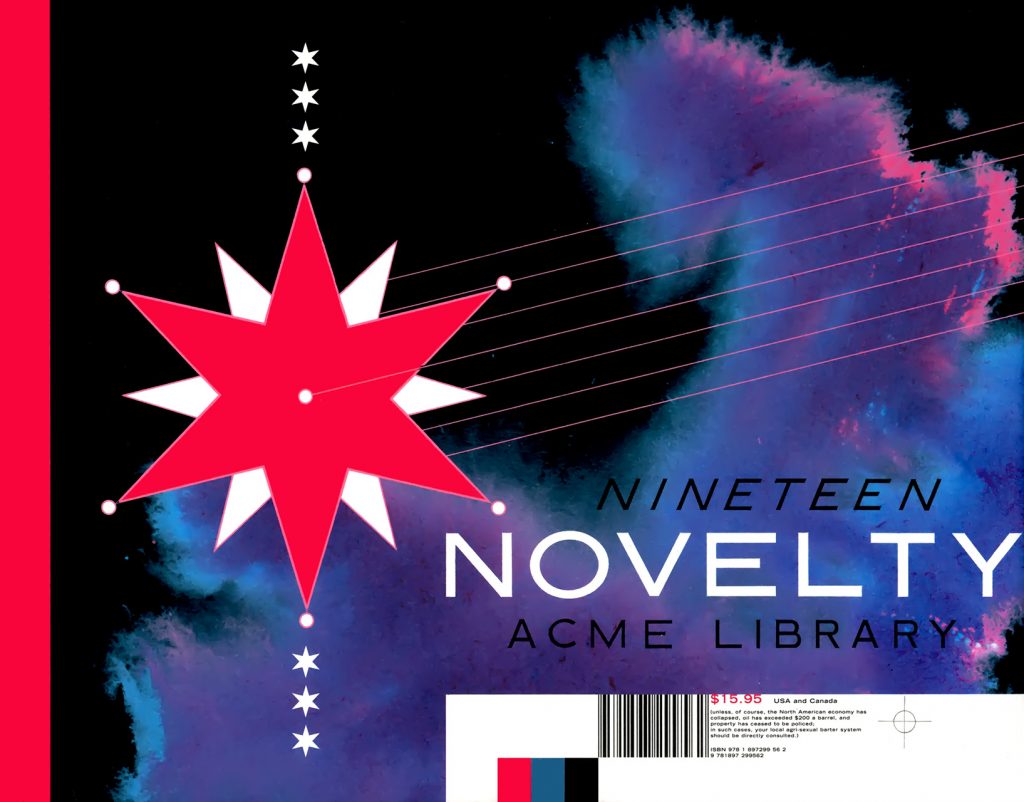 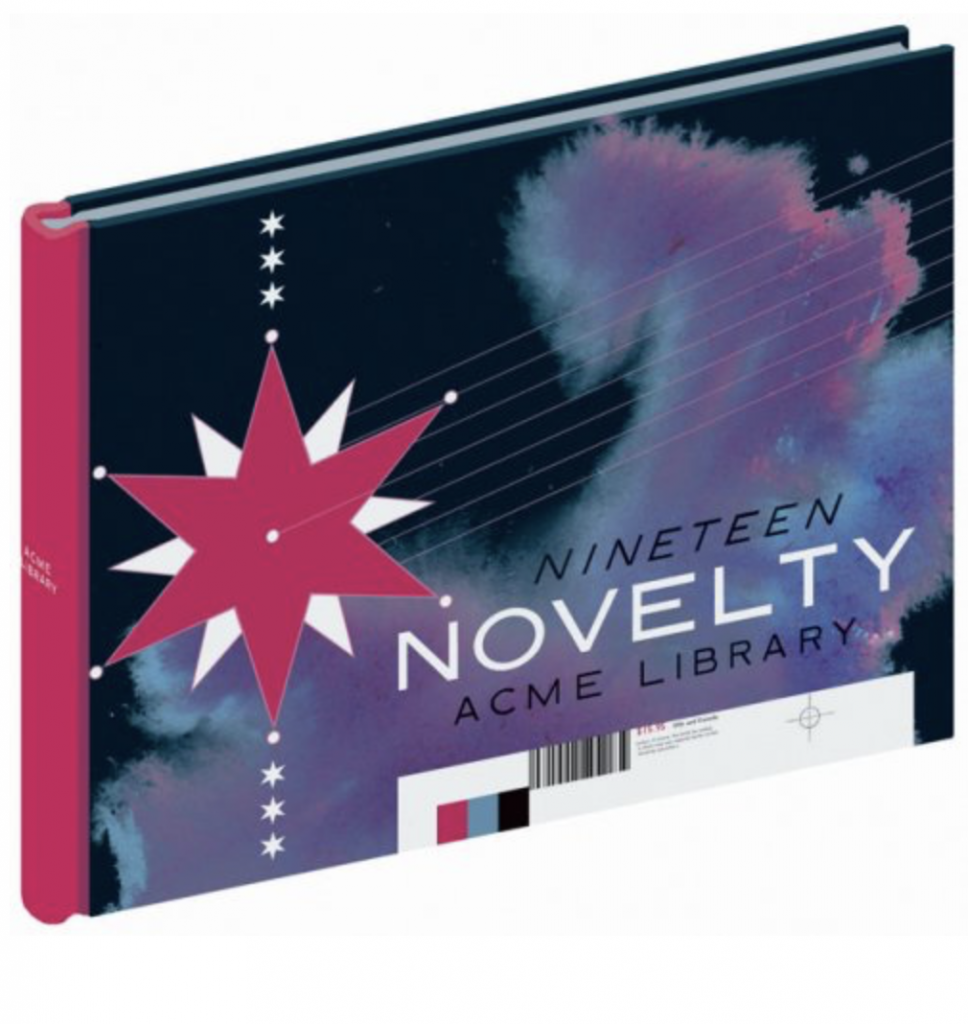 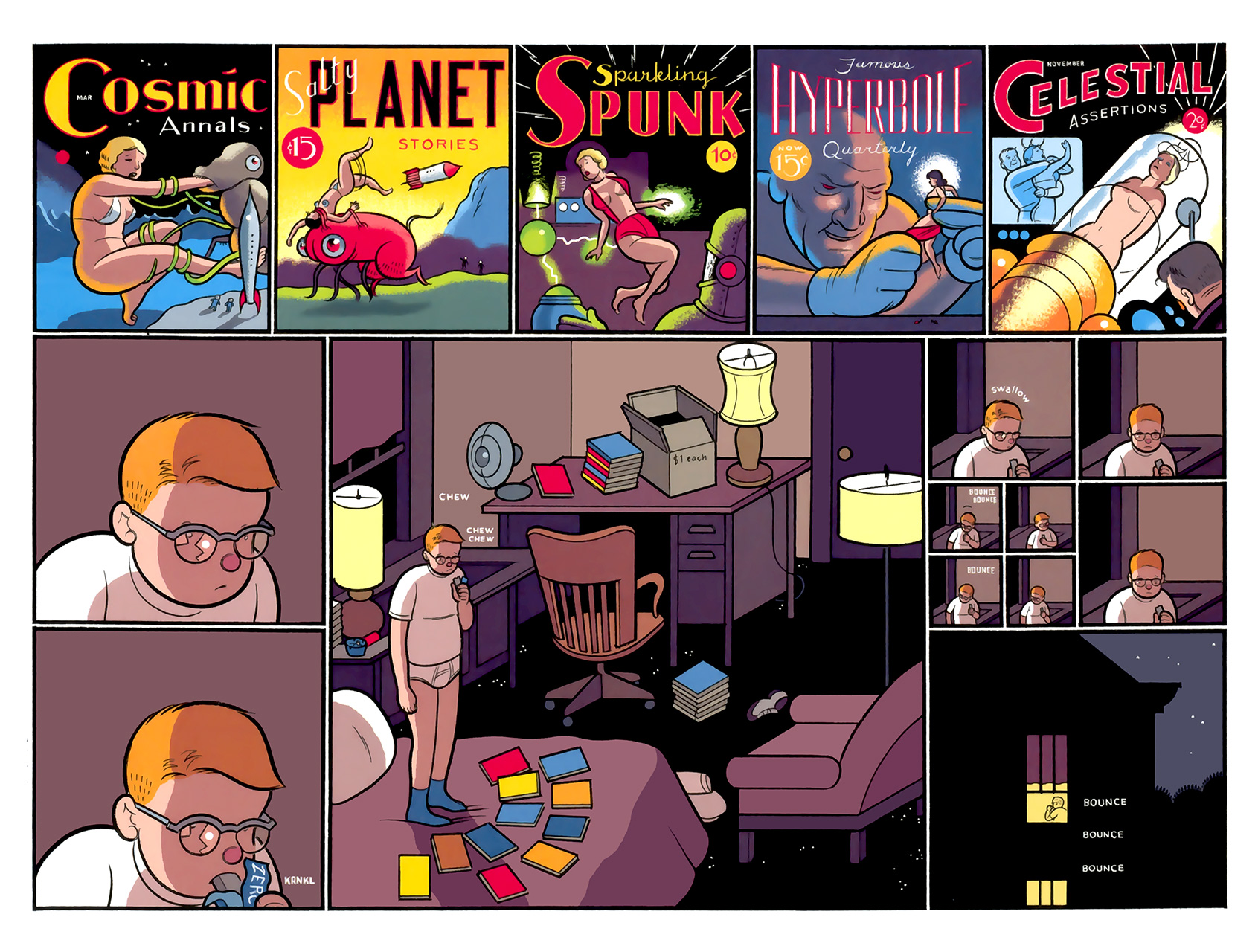 Chris Ware’s approach to his multi-purpose Acme Novelty Library series frustrates as much as delights. He produces beautifully realised comics in meticulously produced editions, latterly hardbacks. The frustration, for librarians, booksellers and collectors, comes from his changing formats (you can’t shelve them together), and fractured continuities across issues.

For example, the contents page of this 19th volume informs us that it continues Rusty Brown ‘from our 17th number’ yet, in deliberate contradiction, identifies the contents as three short stories. Volumes 16 and 17 (identified by Ware as a prologue), follow ‘Chalky’ White and big sister Alice, on their first day at a new school in Omaha, Nebraska, sometime in the 1970s. In the course of this we are introduced to other pupils Jason/Jordan Lint, and (nominal hero) Rusty Brown, as well as teachers, including W.K. ‘Woody’ Brown, Rusty’s father, and the focus of this volume. In contrast to the multi-character prologue, this third volume in the set is effectively a self-contained novella of a single character, yet it also offers insight into the world of hurt and disappointment titular protagonist Rusty was born into.

After the quotidian realism of the prologue, readers may be perplexed to open this volume into a space western. This story within the story is ‘The Seeing Eye Dogs of Mars’, credited to W.K. Brown. Ware has ventured into science fiction in Acme’s more playful interludes, but this is his first SF element in a longer narrative. The SF genre lets Ware shift his focus on inner and interpersonal struggle, into the wider – societal and environmental – context of humankind’s settling of Mars. What starts as the story of a social experiment though, quickly turns into a story of human weakness released from social constraints. It’s gripping, and surprisingly dark.

Before he was a teacher, father and tolerably disappointed husband; even before he was an occasional science fiction writer; Woody Brown was a young man struggling to find his place in the world. ‘Youth, and Middle Age’ credited to “your cartoonist” starts with Woody in the present (i.e. 1970s), contemplating his science fiction magazines and the memories they trigger. Back in more typical Ware mode, it’s a downbeat coming of age story. Woody’s joy at an encounter with a more experienced woman turns to misery, as he realises it doesn’t mean the same to her. Her insulting method of getting rid of him provides his route into the era’s science fiction pulps. This in turn inspires his cathartic channeling of his feelings into science fiction (yes – the story that opens this volume), where his similarly ‘rusty’ haired surrogate can act out his author’s hurt in ways the reserved school-teacher never would.

Visually and formally, we are in familiar Ware territory: the islands of tiny panels among the larger ones, the diagrammatic rendering, and the usual glacial pace. The first seven pages, for example, show a man shaving, sitting, lying, and walking the dog, before completing our orientation with a beautiful retro spaceship channeling Tintin: Destination Moon. The SF imagery adds visual appeal, with Ware’s pastiches of the racy pulp magazine covers (featured image) a particular highlight. Even in the naturalistic section there are enough new visual elements rendered into his, by now familiar, diagrammatic style, to keep it fresh. Furthermore, there is a richer palette than the classrooms and snowscapes of the prologue allowed, making great play of the primary colours of the pulp covers.

Few creators have sustained such consistency and quality. This is another five-star book for Ware, indeed perhaps his best to date. Volume 20, effectively another self-contained novella, focusses on slacker pupil Jason Lint.