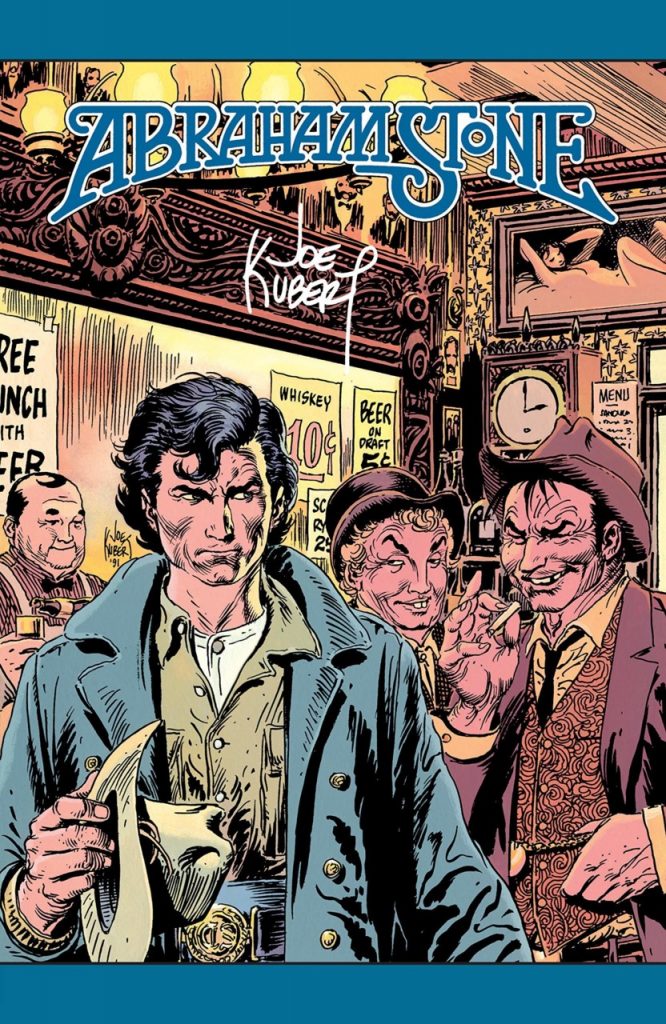 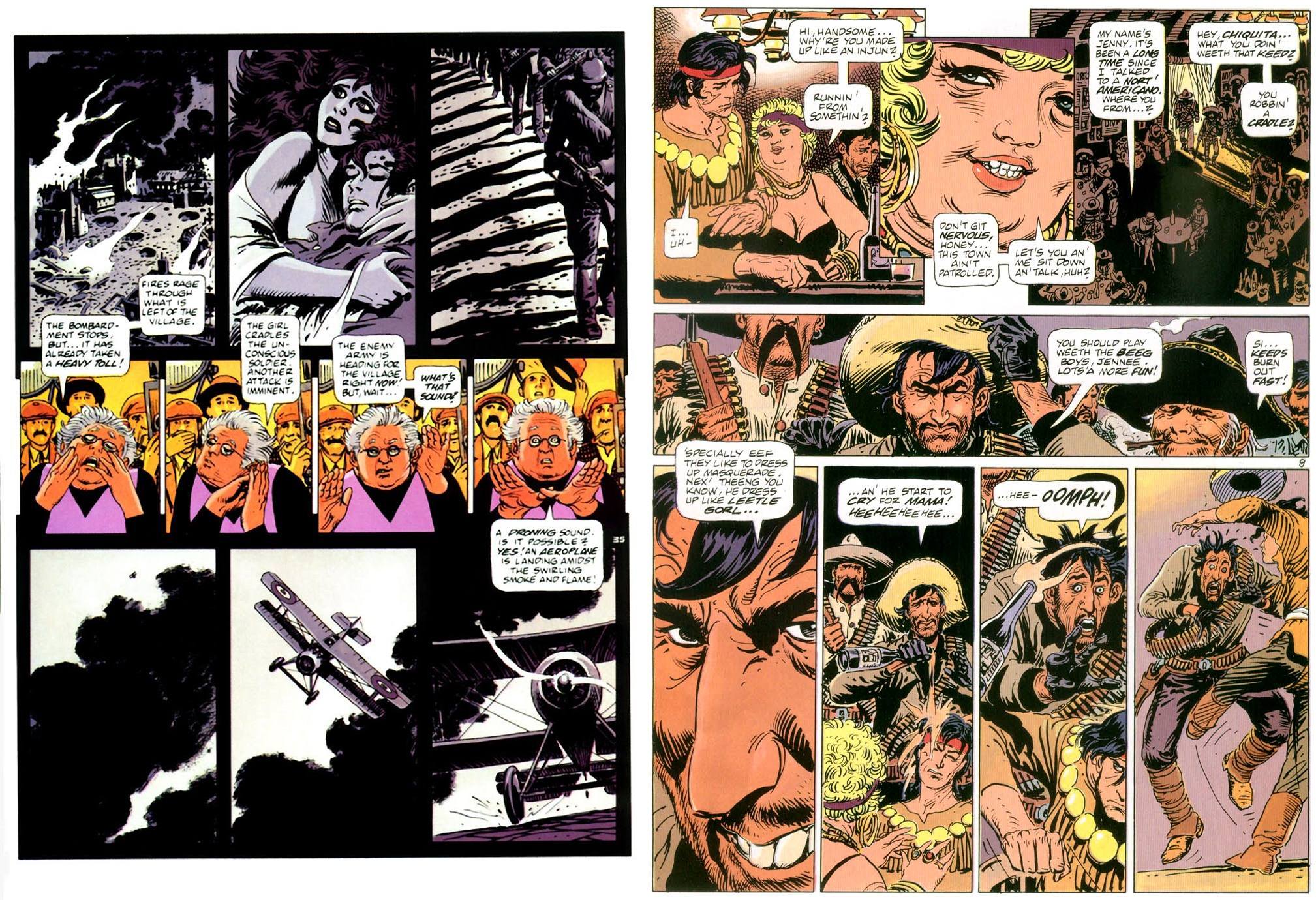 If anything, Joe Kubert’s superlative comic art was appreciated more in Europe than in the USA. He had a European agent, and would occasionally work on European strips such as Tex. Abraham Stone was an attempt to create a series of European albums, but it stalled after three stories, now all collected.

Abraham’s introduction, Country Mouse, City Rat, was issued as standalone English language graphic novel, and is reviewed separately. It establishes Abraham as a rural teenager who comes to New York in 1912 to avenge the murder of his parents by city gangsters. It’s evocatively drawn with the emphasis on period elements, and introduces the idea of an adventure strip set in an era not widely exploited in comics. However, it’s also melodramatic and predictable in places.

Two subsequent stories were issued in English as squarebound comics in 1995 and contextualise Kubert’s intentions. Abraham was never intended to be restricted to period gangster stories, but as a figure through which Kubert could explore other aspects of the era in a classic adventure strip. In the two subsequent stories Abraham turns up in the early days of Hollywood’s film industry and is caught in Pancho Villa’s Mexican revolution.

As with the first story, they’re both beautifully drawn, Kubert aware the European market demands a greater richness to the art for albums that not produced to monthly deadlines, and he chooses his subjects well enough to provide a variety of artistic treats. The Hollywood setting enables flight, Western thrills, period war and a Charlie Chaplin cameo, while Pancho Villa’s uprising mixes different types of Western and war action.

Everything looks polished because Kubert’s a great artist, but he’s only a moderate writer. Abraham is plucky and is rewarded when doing right, but drifts too easily where Kubert wants him to be in order for him to draw the showpieces, and skims through situations lacking emotional depth. He’s confronted with the realities of Hollywood and just walks away because it’s not for him, but Abraham’s other behaviour doesn’t suggest a man of great moral principles. The reality is that Kubert needs him somewhere else for the next story. It’s nice that Abraham is a fallible lead character who can misjudge a situation, and Kubert’s artistry carries him a long way, but otherwise his adventures are not as entertaining as intended.