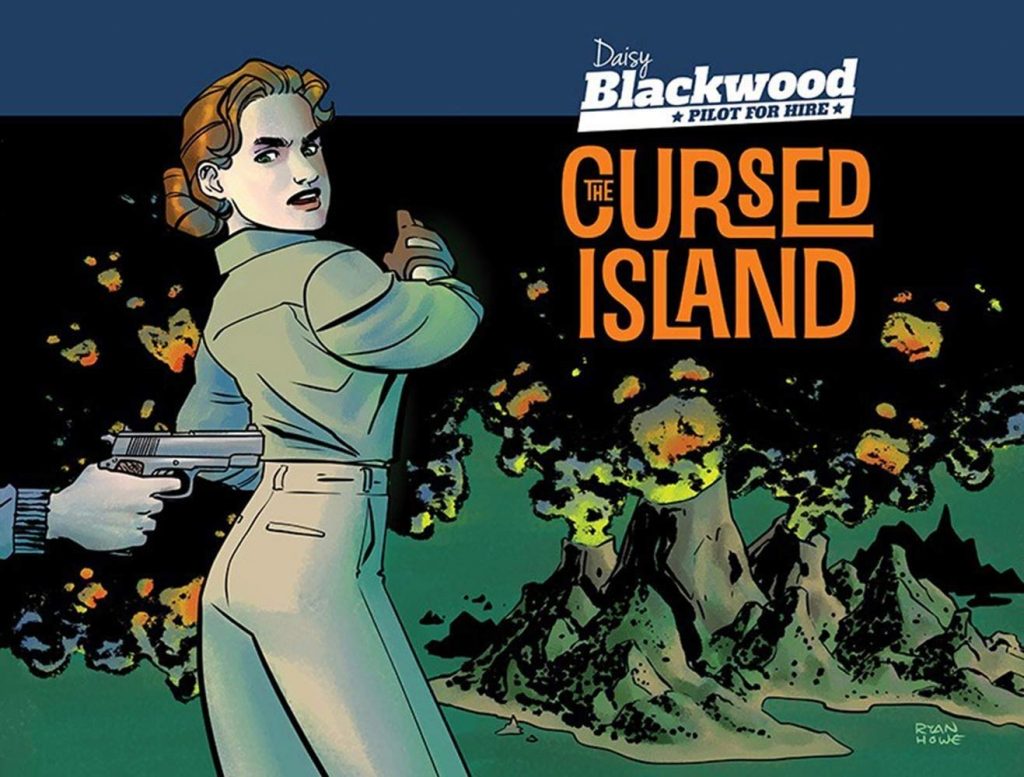 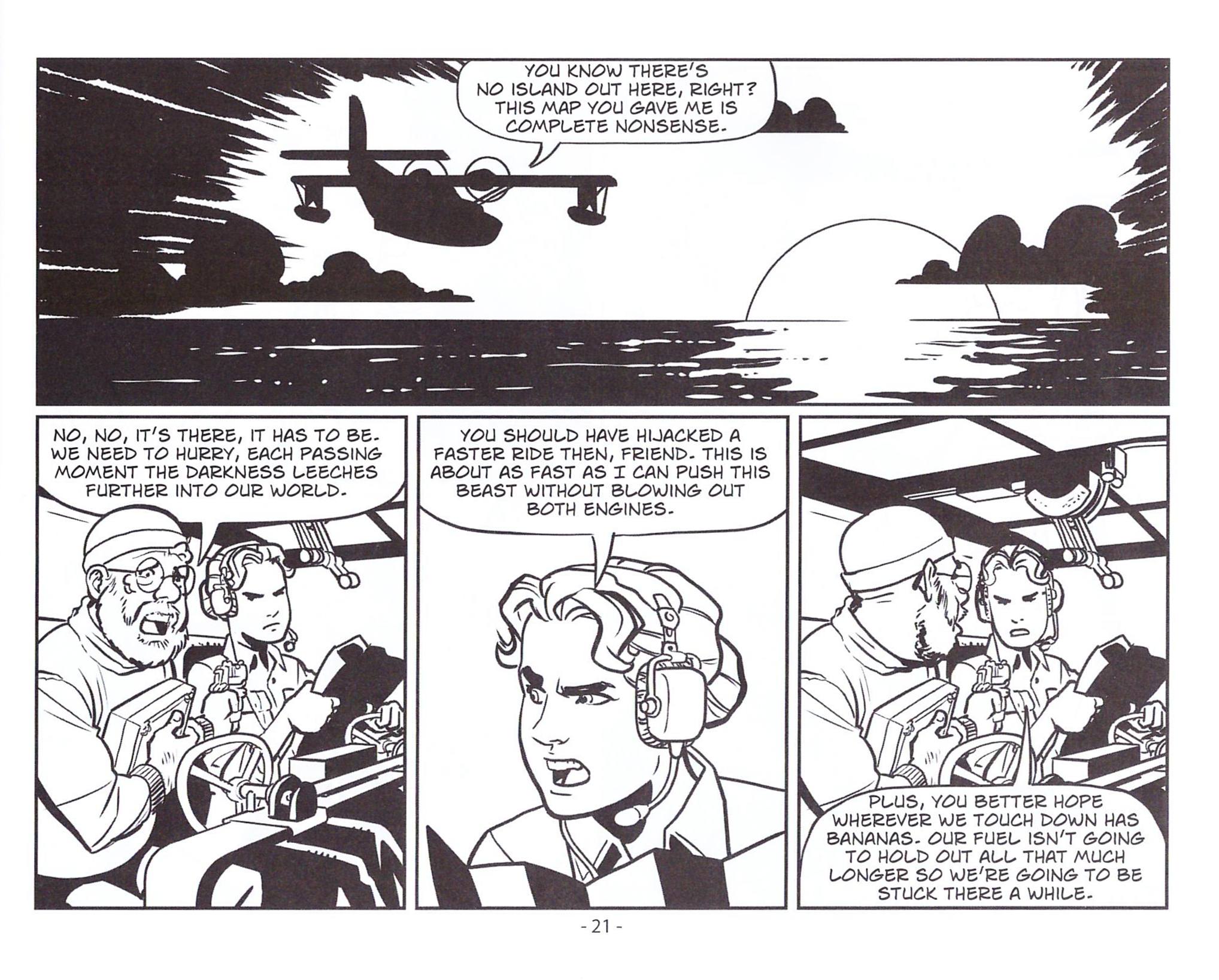 The series being called Daisy Blackwood: Pilot for Hire delivers the premise in the title. Daisy flies a small cargo plane wherever her company is contracted to deliver anything, which is usually a routine occupation. However, before we meet Daisy, Ryan Howe introduces us to a small bunch of people drilling in a remote location. When their drill bit breaks they resort to dynamite, and what’s uncovered sets the story in motion.

In landscape format, the Daisy Blackwood books are slim, but there’s a finely plotted density to the adventures, making for a longer read than you’d get from many graphic novels doubling these ninety pages. To some extent that format defines the pacing, with Howe almost treating the feature as a daily newspaper strip over two tiers, each individual page ending with something that drags readers to the next. For comics historians the influence of Milt Caniff’s Steve Canyon is obvious, but while Howe might have taken his premise from the 1940s and 1950s strip, everything else is his own. Howe’s drawing style, for instance, doesn’t resemble Caniff’s kinetic action strips at all, being more precise and detailed, yet equally cinematic. He’s studied the planes and reproduced them to a standard where they can surely be recognised by an enthusiast, and there’s some imaginative design to the emerging threats.

The newspaper strip comparison only goes so far, as Howe paces his story beautifully, giving us adventure, but without having to unfold everything rapidly. Daisy is resourceful and sympathetic, her plane hijacked by a desperate man with a device he’s convinced should be destroyed, but chased by someone wanting to ensure that doesn’t happen. The cursed island is exactly that, populated by earlier victims of the mysterious device, and Howe propels his story to a slambang finish. Some readers may be unsatisfied that the mysterious remains mysterious, but that’s not a flaw, just a storytelling choice.

The Cursed Island is a spirited and accomplished début, and Daisy is next seen in The Stolen Socialite. 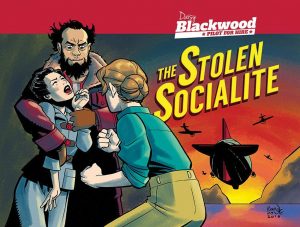