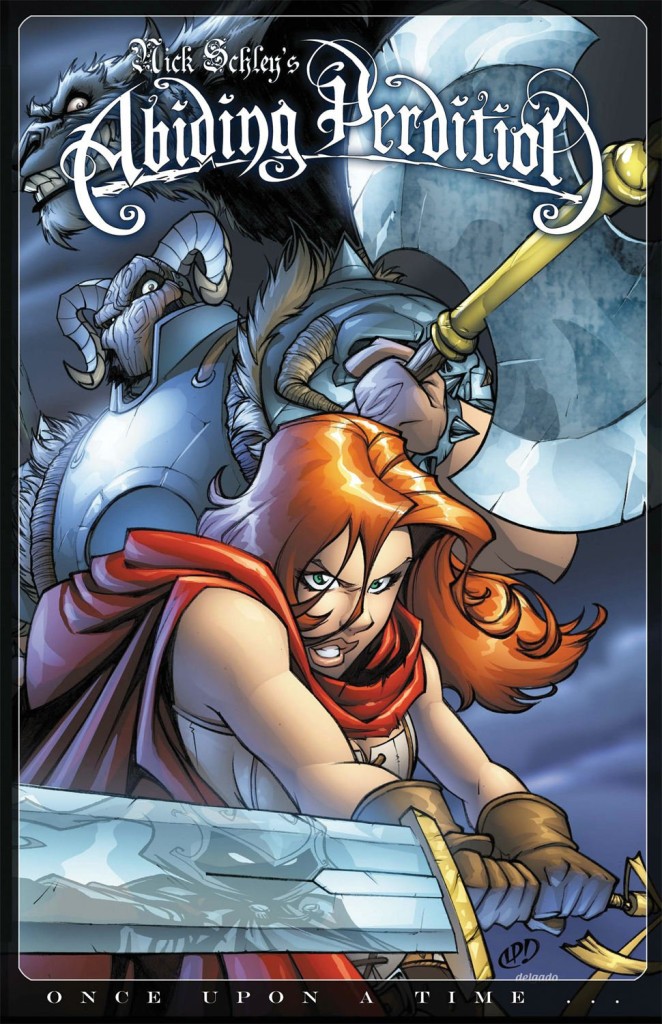 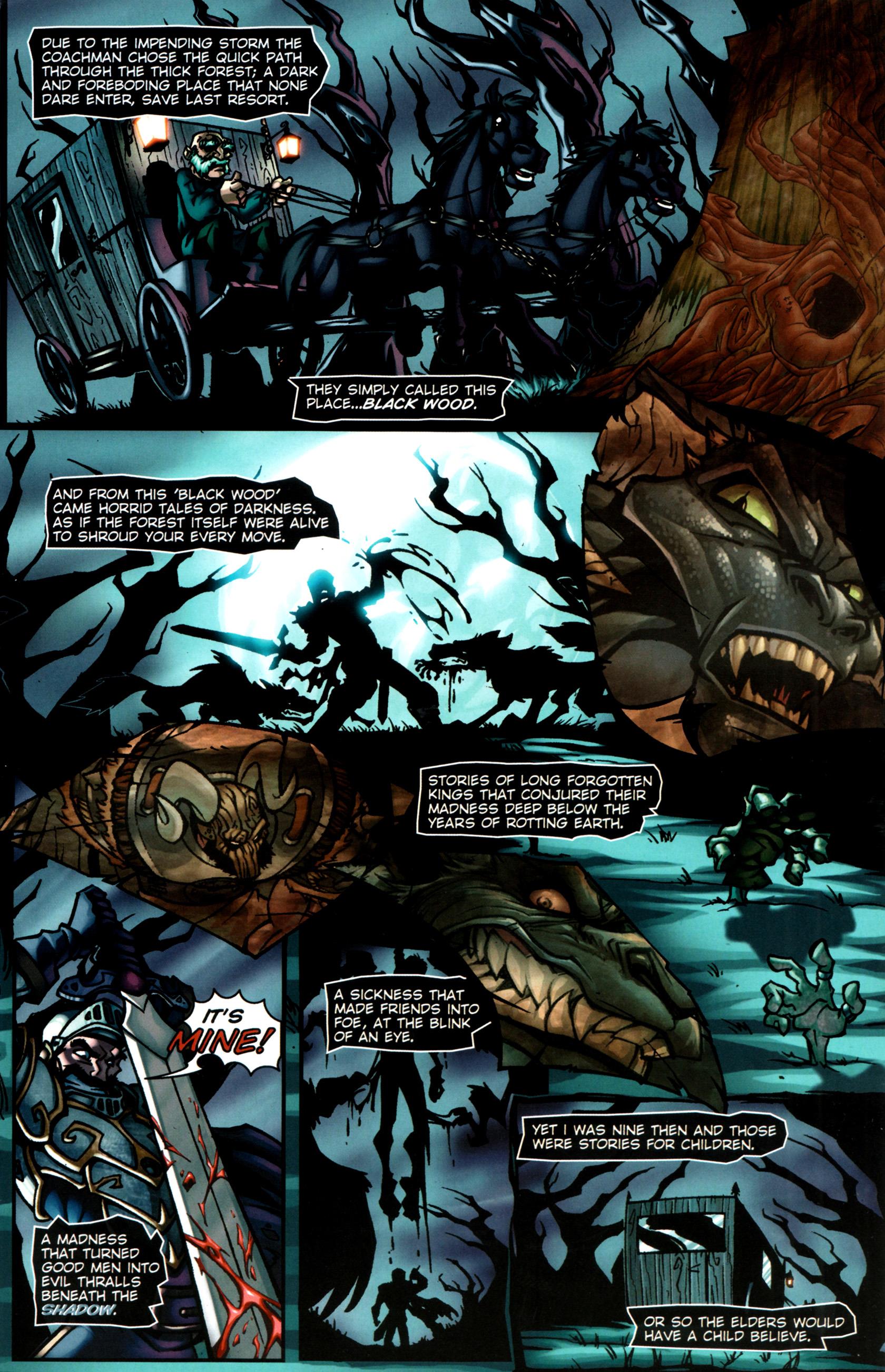 Learning at an early age from her grandmother than good always prevails over evil, the young child that grows up to be our heroine Red is rapidly thereafter provided with evidence that’s not true. Choosing not to accept events as the exception that proves the rule, her obsession becomes hunting down the grey wolf that prematurely curtailed her childhood.

Nick Schley sets a foreboding mood of a place where evil is but a turn away, illustrated over the first chapters in spiky cartoon fashion by Pedro Delgado, who creates a world of jagged forests, drooling werewolves and humongous warriors to match Schley’s pseudo-Norse myths.

In the manner of those myths Schley’s saga meanders, often to the point where it’s not apparent there’s any pay-off in mind. Red and her adoptive father and protector Oakveil face assorted monsters, sorcerers, and other mystical threats as they single-mindedly forge a path to a creature whom both consider owes them a reckoning.

Delgado supplies exaggerated cartooning, unable to decide whether Red is still a girl at the lower end of her teens or a young woman to be illustrated in exploitative fashion. His distorted cartooning is a consistent style, but that of the enthusiastically talented amateur who’s not looked beyond comics for their influences. He could be very good, but isn’t in these messy layouts and crowded pages. Much the same might be said of Filipe Agiuar, who illustrates the final two chapters, but has no doubts that women are to be drawn in exploitative fashion, and by this point has a near completely female cast to work with. Adam Frizell feeds layouts for Carlos Moreno to provide the finished art for chapter four, which is better, but rushed.

Thankfully Schley rapidly drops the portentous and verbose narrative captions that plague the opening chapter, but he never drops the concept of plot convenience, and never masters dialogue that comes anywhere near reality. The conclusion is but the prelude to the next stage, but that never manifested. The only real wonder is that Abiding Perdition lasted long enough to produce a graphic novel.