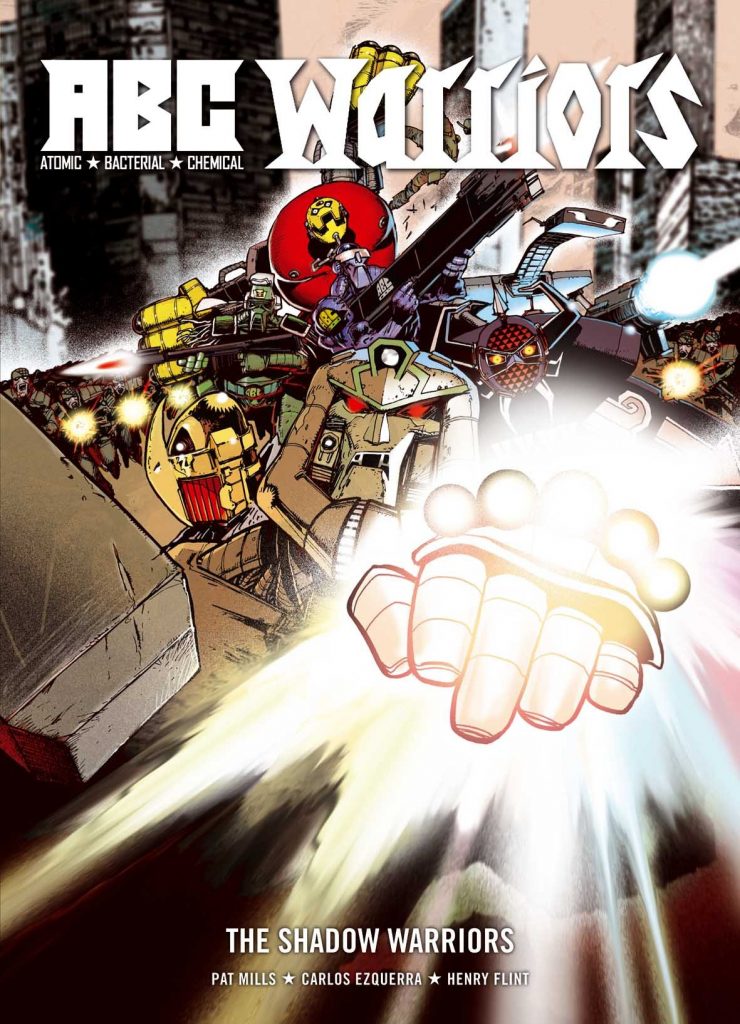 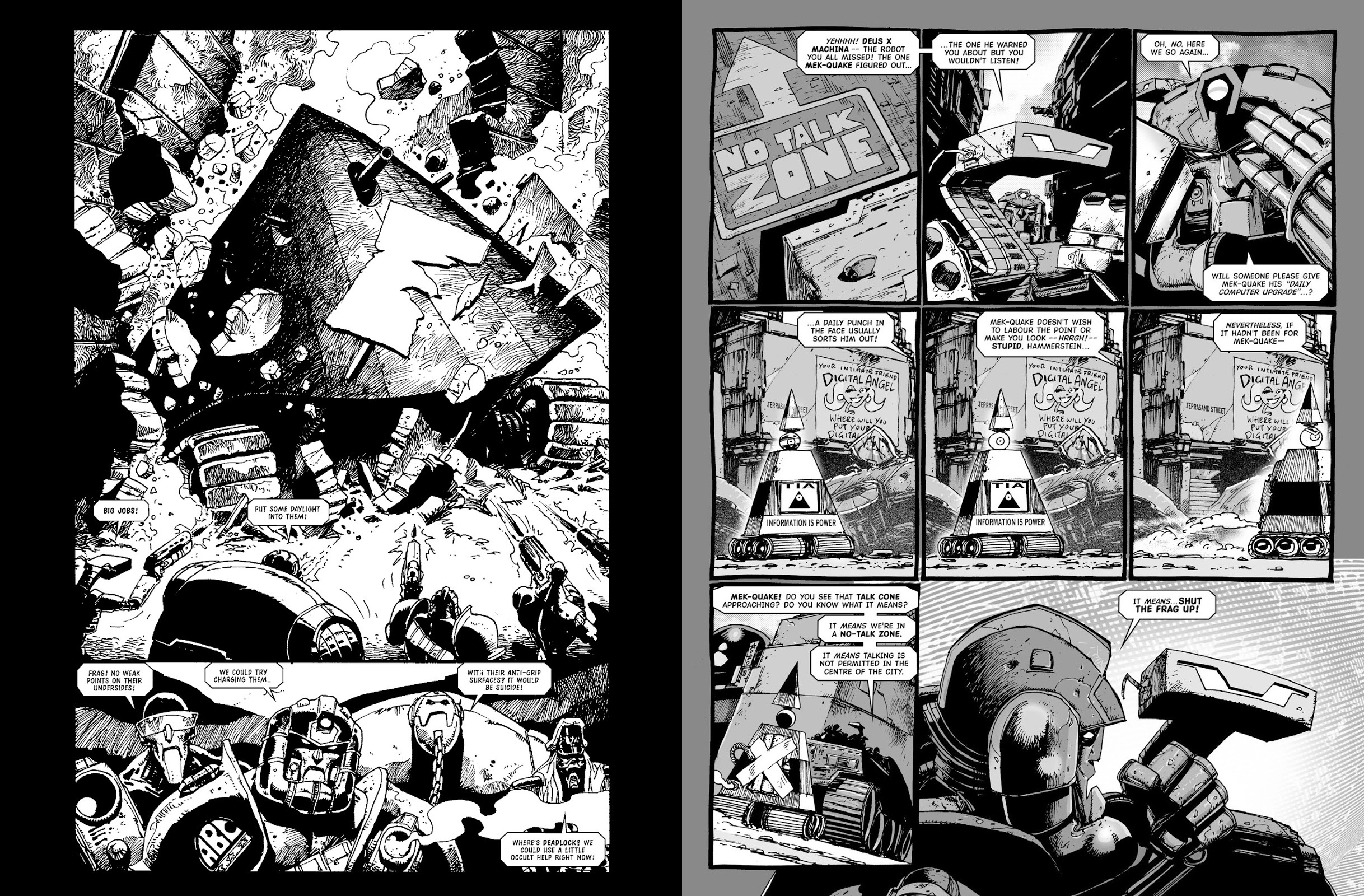 There had been long gaps between series of ABC Warriors before, but creative disputes in 1999 resulted in the lacklustre content of The Third Element, and it seemed this time Pat Mills was prepared to bury the series for good. He probably surprised himself with The Shadow Warriors in 2009, but crucial was 2000AD, the home of ABC Warriors original serialisation, moving to a new publisher.

The opening episode is a real statement of intent by Mills, only featuring Joe Pineapples of the warriors in any significant role, but in a story of updated highway robbery with a few smutty jokes and some fun ideas. It’s simple and effective, and leads into a story about a team supplied by vested interests on Mars to put an end to the ABC Warriors intervening in corporate interests. Mills highlights the political standby of redefining anything considered unpalatable, so a bunch of killer outlaws are referred to as security consultants, defence contractors and privatised peacekeepers. Yes, the humour running through is bleak or filthy, but at least it’s there, and so this time is some attention to the personalities of all the ABC Warriors.

By 2009 Carlos Ezquerra had long been enamoured of adding digital colour to his work, and while he was happy with the results, not all readers were, so it’s interesting to see his art in black and white for The Shadow Warriors. It’s a real nostalgic throwback, looking far better than Ezquerra’s contemporary work on other strips, but it’s Henry Flint’s subsequent episodes that really have the oomph. Flint had been a young artist contributing enthusiastically good work to The Third Element, but ten years later he was among 2000AD’s best. He works far more in close-up than Ezquerra, and it’s an approach that emphasises how big, powerful and bulky the ABC Warriors are, and if you want spectacular, his depiction of robots against dinosaurs and gorillas with rappers thrown in is boys’ dream material. Trippy scenes are also required, and Flint’s as accomplished with them, and his robot designs are great, nightmarish and removed from humanity.

Mills pulls several of his villains from Westerns, and plots his story along those lines, featuring several showdowns, while also seeing technology in terms of oppression. The threats are creative, the twists good and it may be a simple plot overall, but The Shadow Warriors provides spectacle. Not everything is gold, the ‘increase the peace’ slogan forced, but this is a spirited return, and the ABC Warriors follow on with The Volgan War. The Shadow Warriors is paired with The Third Element in ABC Warriors: The Mek Files 03.