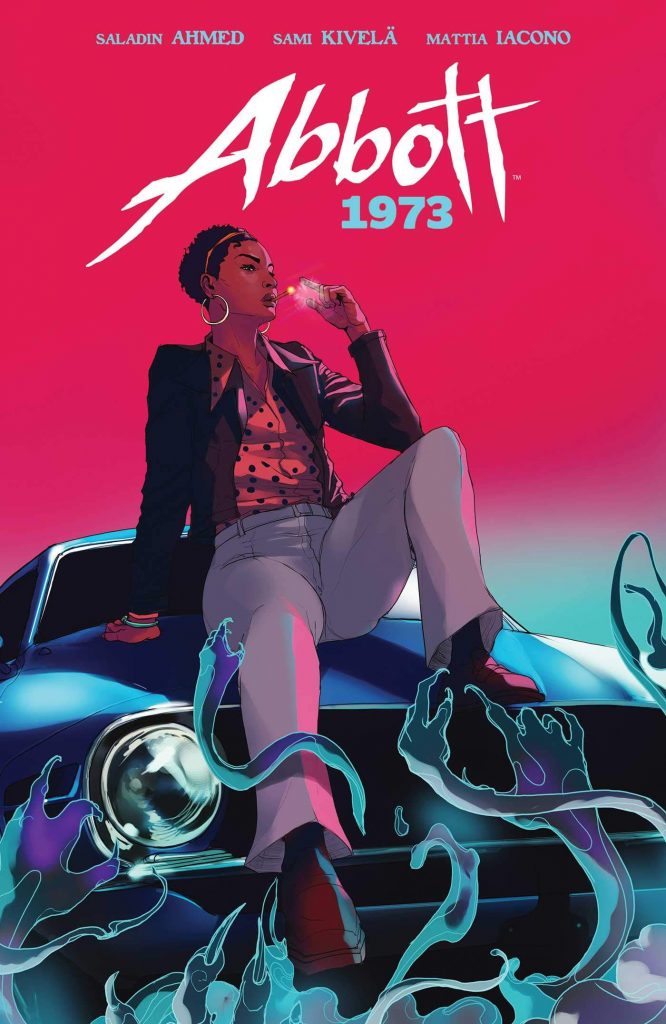 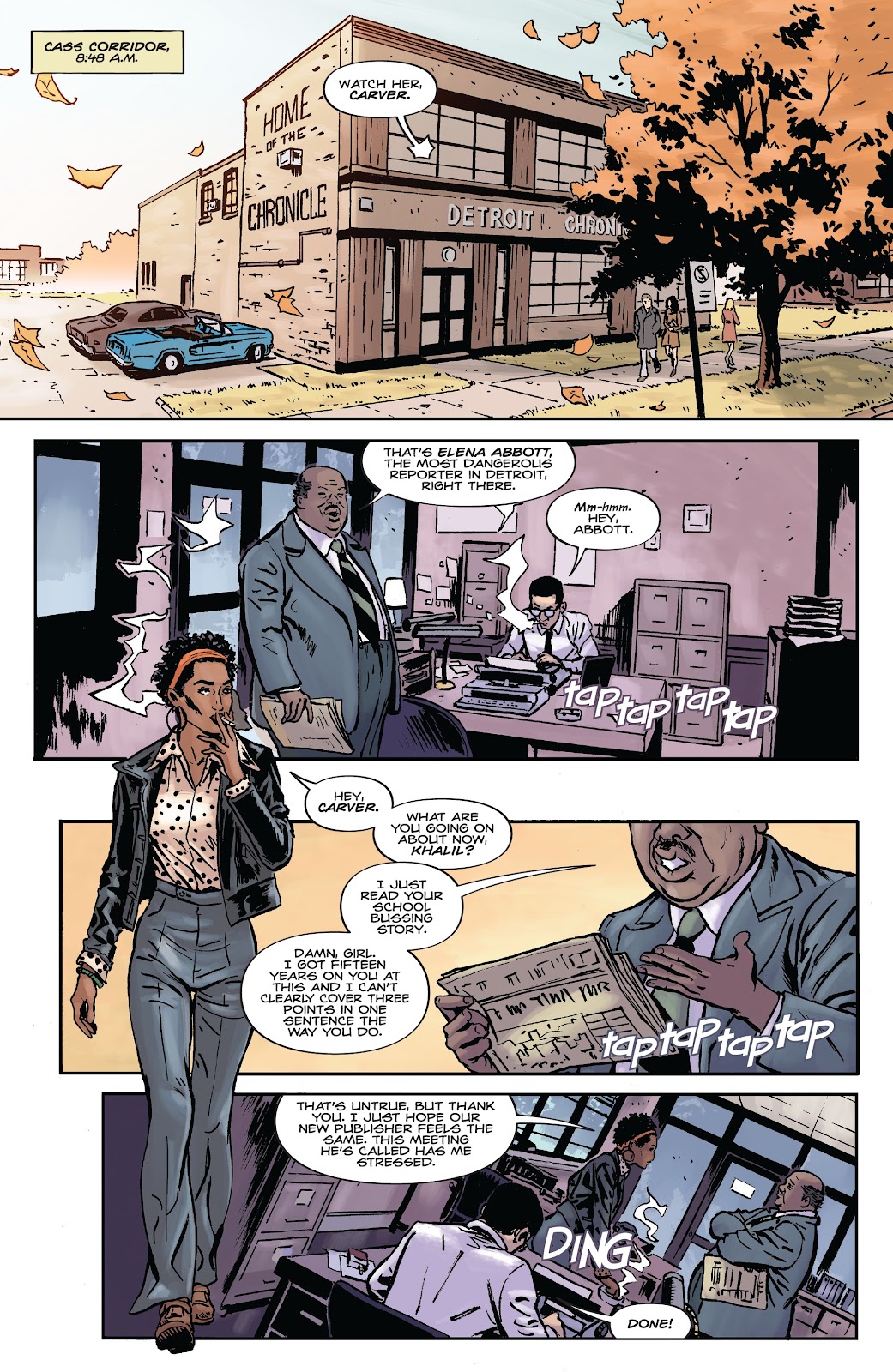 In Abbott Saladin Ahmed and Sami Kivelä creatively supplied a period crime drama with a tinge of horror disturbing what was otherwise reality-based. Elena Abbott, known to most by just her surname, is a tenacious reporter who eventually concludes her talents are best applied working for a black-oriented Detroit newspaper rather than facing the ingrained racism prevalent at a more popular equivalent. She’s also referred to as the Lightbringer by mystical threats she’s managed to see off by use of bright light. However, the events of Abbott were a journey with a heavy cost, and we rejoin Abbott in 1973.

Kivelä’s art again impresses from the opening page, a confident naturalism combined with some nods to Neal Adams’ 1970s storytelling methods, but without resorting to slavish imitation. He’s skilled with people, moving or still, backgrounds, technology, period detail and the horror aspects. This really is first rate art, but it’s problematical in one respect as Kivelä’s inclination to draw attractive younger characters makes Abbott’s same sex relationship transmit as fantasy instead of reality.

While not precisely a frying pan to fire situation, Ahmed skilfully shows how Abbott may now be working in a generally more comfortable environment, but troublesome conservative attitudes can manifest anywhere. As before, he matches the visuals with scraps of text from articles Abbott writes, these primarily about Detroit’s 1973 election and the possibility of the city’s first African-American mayor. Reality-based drama still predominates, but the mystical interventions are given greater prominence, and that changes the fine balance of the first outing for Abbott. This is still a decent action thriller, but more predictable and less fulfilling, with a couple of interventions that are just too convenient and a plot that could have used greater focus.

The door is left open for a continuation, but as yet that’s not appeared.