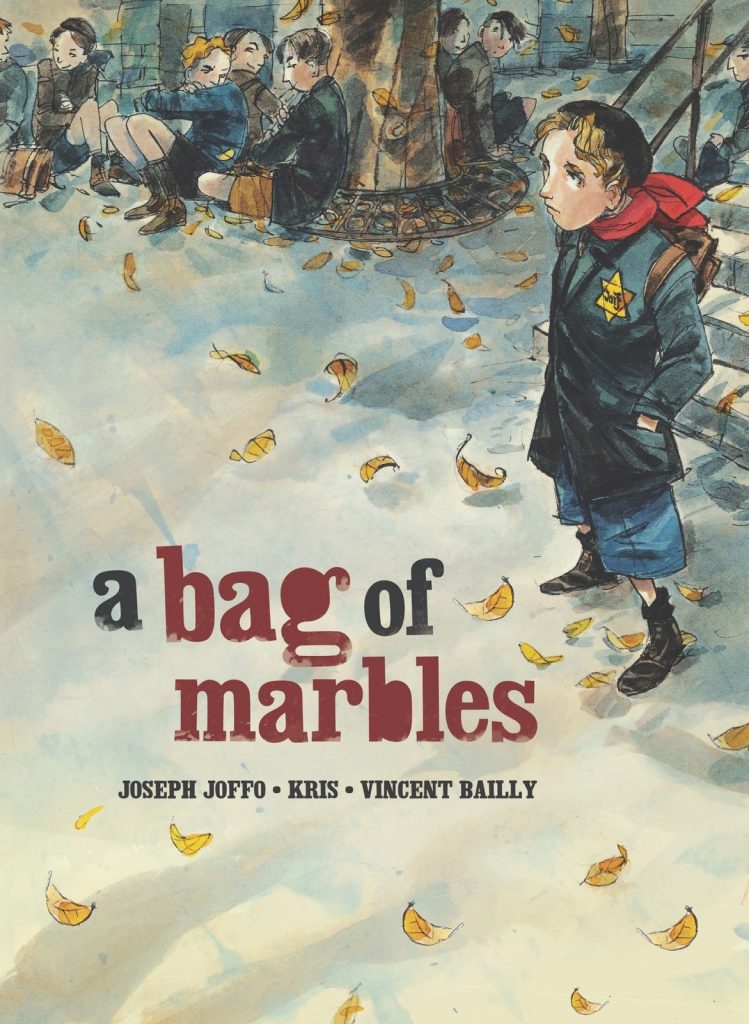 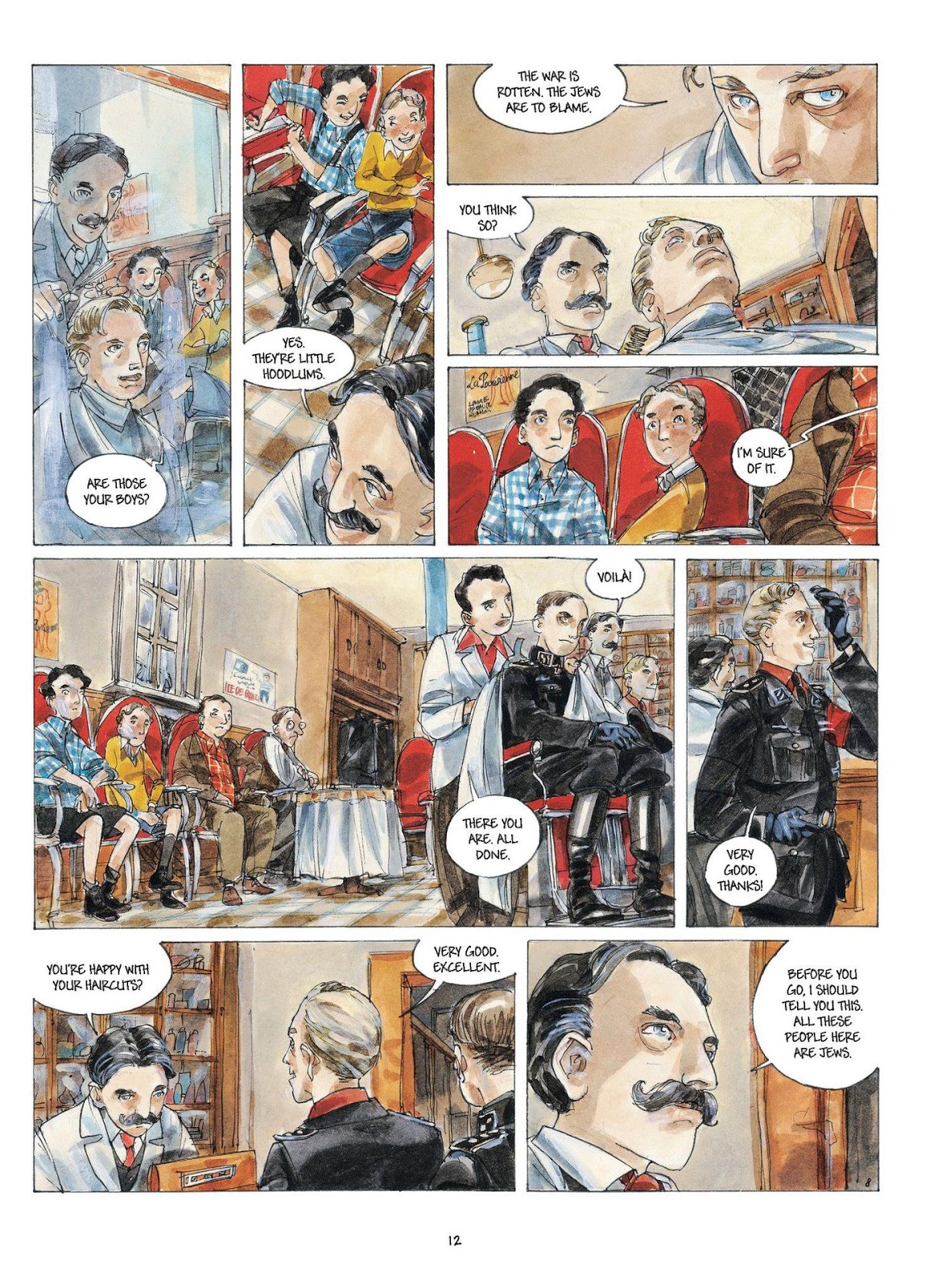 Joseph Joffo’s memoir A Bag of Marbles was published in 1973, detailing his memories of growing up in France when occupied by Nazis during World War II. It’s been translated all over the world, and two French cinema versions have been produced. Kris and Vincent Bailly’s adaptation runs to three volumes, and this English translation combines the first two.

It picks up with the Nazis already in Paris, the sample art showing the bravery of Joffo’s father at his barber business. He can see which way the wind is blowing, though, and decides the best course of action is to protect his two sons, then ten and twelve, by sending them away from Paris into the less occupied Free Zone. They’re each given 5000 francs and instructions on where to head in order to meet their elder brothers. What follows is a remarkable journey exemplifying both the extremes of human kindness and intolerance, as the children are smart, but also naive, and left to trust their instincts in what may be life-threatening situations.

Writer Kris (Christophe Goret) breaks down Joffo’s recollections so well you’d not know this wasn’t his story. He allows it space to breathe, for Bailly to supply reaction shots highlighting uncertainty, moments of wonder and to place an emphasis on what’s important. Because Bailly’s style is sketchy with watercolours loosely applied, the seeming simplicity of his pages is deceptive. He supplies a fully detailed vista no matter what he’s drawing, whether it’s the personalities that can be read from faces or the towns and countryside of 1940s France, all of which are beautifully realised.

The title is explained early, and it’s a grim misunderstanding, the innocent desire of children providing an anecdote you’d have a hard time making up. By the time we reach what was the end of the first French volume safety appears achieved, and much has been learned, but that only takes us to 1942, and World War II is still far from over. That we know Joffo survived to write his memoirs removes some tension from what at times were terrifying experiences as he lived them, not knowing if he would survive, or whether he’d see his family again. However, as time passes, plenty of people aren’t aware of how ideologically unpleasant the Nazis and their French collaborators were, and that’s knowledge Joffo’s generation took for granted. He didn’t need to explain them, whereas a graphic novel version sixty years after the event might have provided some more context. There’s also the matter of one story not completely told, perhaps the subject of the untranslated third volume, but this is otherwise a moving and thrilling history lesson.