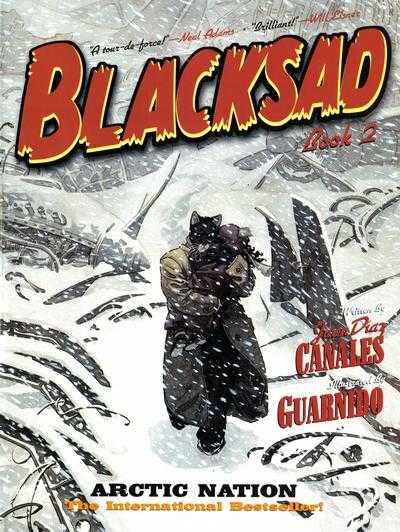 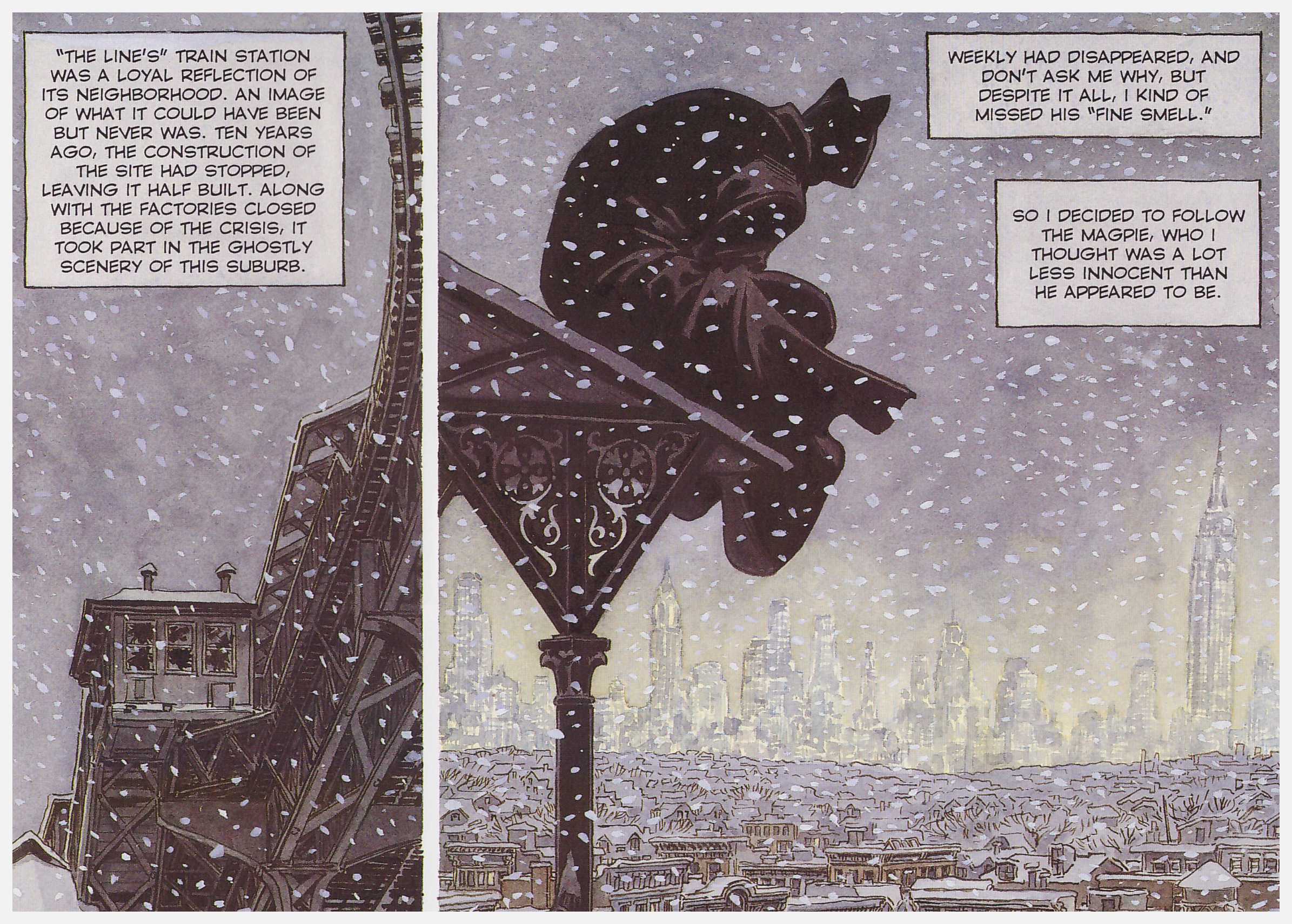 Somewhere Within the Shadows introduced both black panther private detective Blacksad and his world, and the immense talents of Spanish creators writer Juan Díaz Canales and artist Juanjo Guarnido. This earned them an award at the Angoulême Comic Festival, which is quite the achievement for a second graphic novel. Expectations were high for Arctic Nation, and it lives up to them.

The previous volume acquainted us with humans in animal form, and here uglier human distinctions take centre stage. Blacksad investigates the disappearance of a child in a deprived area against the background of a racist organisation spreading their bile. The title refers to the use of Arctic creatures with their brilliant white fur representing aryan purity, but in one case at least there’s a more complete portrait of the man, rather than caricatures imposed by viewpoint.

There is a change of approach from this volume. Canales had previously relied on noir-drenched captions expressing Blacksad’s thoughts, but the introduction of a tabloid news journalist and photographer enables more information to be imparted via conversation. Weekly is, of course, a weasel. Attaching himself to Blacksad furthers the chances of his investigations succeeding, and an initially frosty relationship develops into something mutually beneficial.

Guarnido’s art is again stunning, sometimes bringing his cast to life merely by the placement of pupils, and his use of colour matches his art. He employs it as a method of establishing mood, but whereas darker shades are more common with today’s sophisticated colouring, his very occasional leap into bright colours is an astounding effect.

As in the first volume, there’s no stinting on detail. One establishing scene is a mini-masterpiece, with Blacksad crouched on the platform roof of an elevated station in the snow. Beneath him is the neglected neighbourhood and in the distance through the falling snow skyscrapers representing the glamour the residents can never achieve. When Guarnido draws a crowd scene the people within aren’t just props, they’re continuing with their lives.

It’s a tradition of crime fiction that the central detective is a downbeat type whose discoveries reflect and inform his worldview, and so it is with Blacksad, but more so than in the first volume Canales populates the supporting cast with fleshed-out characters who play off this. Following another tradition, not all of them make it to the final page.

Somewhere within the Shadows was a remarkable introduction, but by virtue of its greater depth Arctic Nation is better still, and the standard hasn’t dipped to date.

The details here are for an out of print publication from a defunct publisher. The current English language printing is from Dark Horse, where Arctic Nation is collected in slightly smaller format hardback with its predecessor and Red Soul, not issued separately in English.