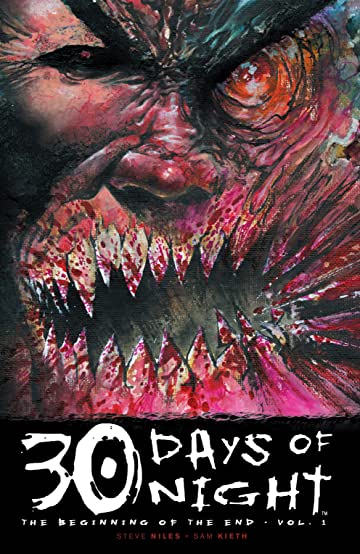 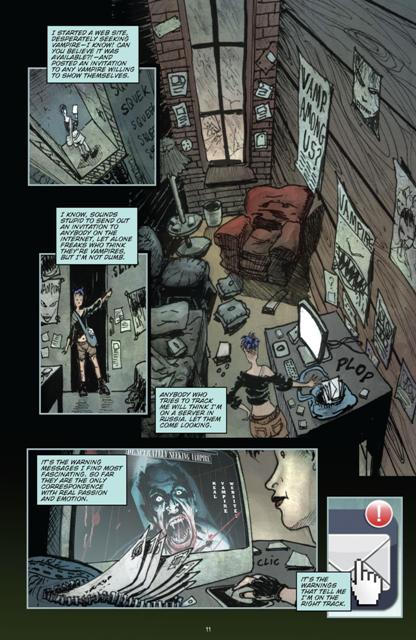 In the Alaskan town of Barrow, Stella Olemaun pens a letter to reporter Alice Blood warning her to stop exploring the vampire threat on her website. Stella’s husband Eben battles the bloodlust his vampirism causes, his anger and despair held in check by her steady presence. On a desolate airstrip somewhere in the United States, the vampiress Jill makes a sharp and painful point in her meeting with the Higher Vampires of Europe. In Los Angeles Alice Blood continues her investigations despite Stella’s warnings and has a deadly encounter with a vampire. All three women are setting into motion a series of events that will launch a deadly war and bring tragic consequences. This is The Beginning of the End.

Since its arrival on the shelves in 2003 there have been a number of spin-offs and sequels in the influential 30 Days of Night franchise. They range from the miniseries format to short story collections and one-shots, some good and some… well, being ripped to shreds by an actual vampire is probably better. To be fair on creator Steve Niles, he hasn’t done a bad job when he’s written the series, but it was clear that the franchise had become nothing more than a money spinner. The continuity was spiralling out of control and it needed a conclusion. To do this he returned to Eben and Stella, protagonists of the first three books (30 Days of Night, Dark Days, Return to Barrow) and recurring characters throughout the series, while also introducing new character Alice Blood.

The plot is fairly conventional, Niles laying set pieces that will come into play later on. In order to move the story forward, the new cast is essential, which leads to a clever little ending that piques the interest in a tale without many scares or a sense of dread. It’s enough to sell the reader the next chapter, and that’s a good thing because you might not want to after reading most of the book.

Artist Sam Kieth uses an abstract style mixed through with underground comix vibes, though regularly changes it up. It doesn’t have the effect he or Niles thought it would, some sketches looking like drawings from a kid’s nightmares, which might work for some readers. In other places the art looks crisp and clean before reverting back. The intention is to highlight the nightmarish horror aspects, but instead it is distracting and not very scary. Disappointing because Kieth is a very talented artist and you just need to glance at his work on Batman: Secrets or Four Women. Give him kudos for having the stones to experiment artistically even if it doesn’t work.

The Beginning of the End isn’t a great start to the series, artistically at least. The only interest arrives at the end, and it’s Niles’ writing that saves it. Christopher Mitten takes over the art in the next volume and from there the story improves exponentially. The problem mentioned earlier is that you likely won’t be interested after reading this, even if you are the most ardent vampire horror fan. Hang in there because 30 Days of Night Vol. 2: Blood-Stained Looking Glass promises and delivers far better. 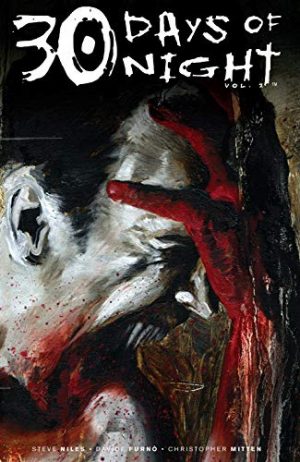 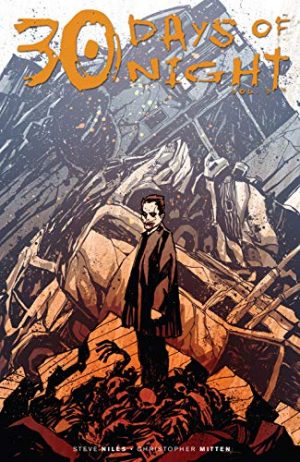 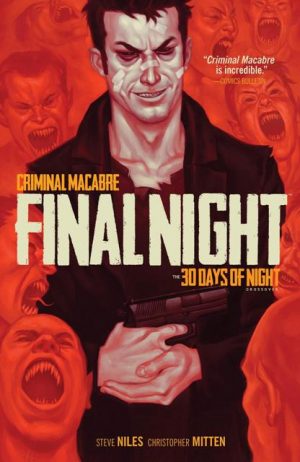