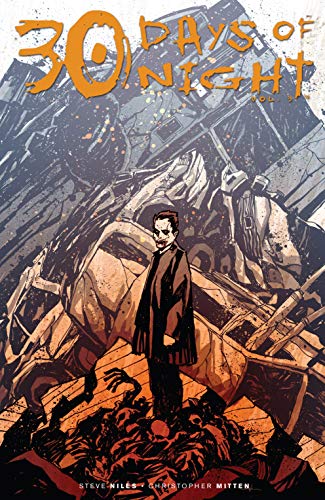 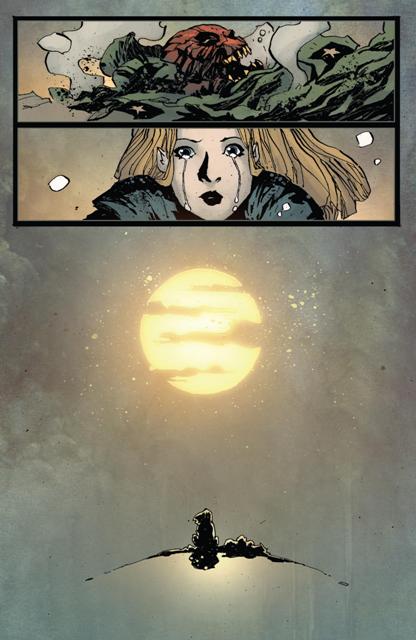 Alice Blood wanted to be taken seriously about the vampire threat, believing she was prepared for it, but her arrogance blinded her. Now Vampires have openly declared themselves the apex predator, employing the tactics that once held them at bay. Alice is inadvertently responsible. She took away the vampire leader Eben Olemaun’s only anchor to his humanity and he’s accomplished what no other has: united the High Vampires of Europe and the American New Breed. Now Eben is hunting Alice and all that stands in his path of world domination is Alice Blood and a handful of FBI agents.

The ongoing 30 Days of Night series has exceeded expectations after a series of lacklustre tie-ins and the shaky false start in Volume 1 knocked the gloss off. Not only is the art better under Christopher Mitten, Steve Niles is writing well. Mitten is as adept at crafting the small settings and developments as he is at the grand landscapes and action. His flashback recreations of scenes from the original graphic novel are fantastic and add more nuance to the Olemaun saga (sample art).

As a storyteller Niles has come a long way since he introduced Eben and Stella Olemaun and helped to reignite an interest in horror in general. Latterly most related stories were written by others, and when Niles did write, it didn’t always come over as very inspired. When the inspiration is present, Niles has significant skill and ability, not only in setting up plot devices and developments, but also successfully executing them two books later. It is often little details that you overlook that then become a light bulb moment. He strings you along and just when you think you know how the story is going to end, he pulls the rug out. It’s a clever device that, with Mitten’s help, builds the dread to a stunning cliffhanger.

With her back to the wall and the odds against her, how can Alice fight back? Fortunately, Steve Niles knows a guy who specialises in monsters and happens to live in Los Angeles. The ongoing 30 Days of Night series, along with the Olemaun saga, concludes in Criminal Macabre: Final Night- The 30 Days of Night Crossover. 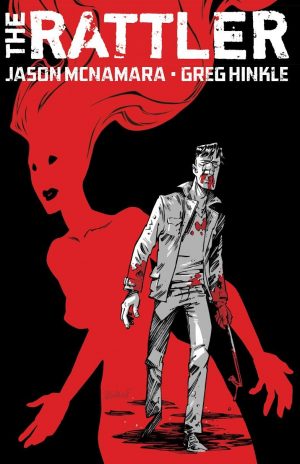