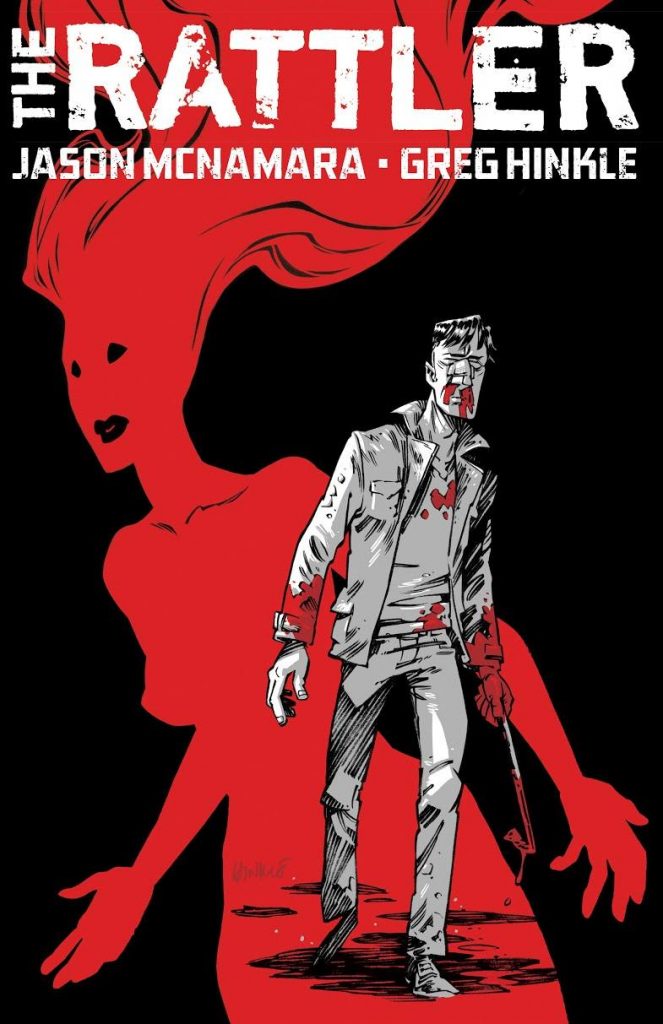 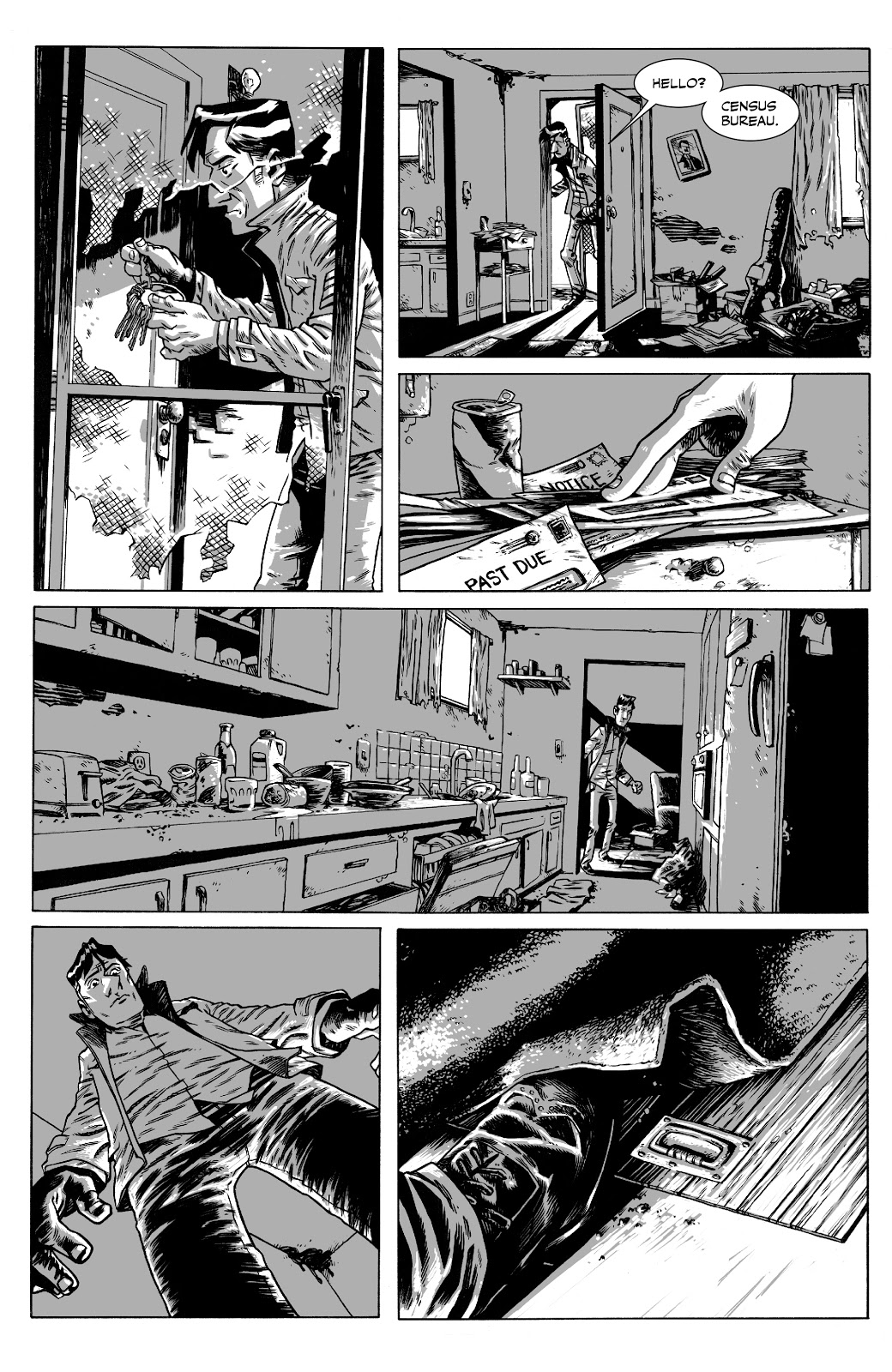 Ten years previously Steven Thorn saw his girlfriend abducted. She’s never been seen since, and he’s become a prominent victim’s rights activist, advocating no leniency for criminals who rape and abduct, people he believes can never be rehabilitated. Circumstances even before Catherine’s disappearance had already forged a hard man, and despite his crusade for victims, he’s unlikeable.

What Jason McNamara begins as a standard crime thriller takes a quick turn into something profoundly more disturbing, much of which is down to Greg Hinkle’s ability to transform his cartooning into darkness. The black ink is liberally applied, the shadows crawl in, and the master stroke is splashes of red every time blood manifests in this otherwise very detailed black and white world. McNamara precedes the story with claims The Rattler is based on true events, which makes the first occasion of Catherine’s voice coming from Thorn’s dead father surprising, and another casts doubt on any thought of true events. The thrust of the story is whether Thorn has tipped over the edge, and the voice he’s hearing is in his mind, or whether there is a supernatural explanation for what he’s hearing.

Over the decade of his crusade Thorn has built up a company with considerable resources along with his reputation, and it enables him to remain a step ahead of people looking for him while he’s on a one man mission. McNamara builds the supporting cast well, supplying little touches that give even minor characters a level of credibility, while Hinkle’s visual definition of them is memorably downbeat and sleazy. It all combines so well for a great trashy read, and in the afterword McNamara even explains how the claims of the true story originate. Apologies for ever doubting.