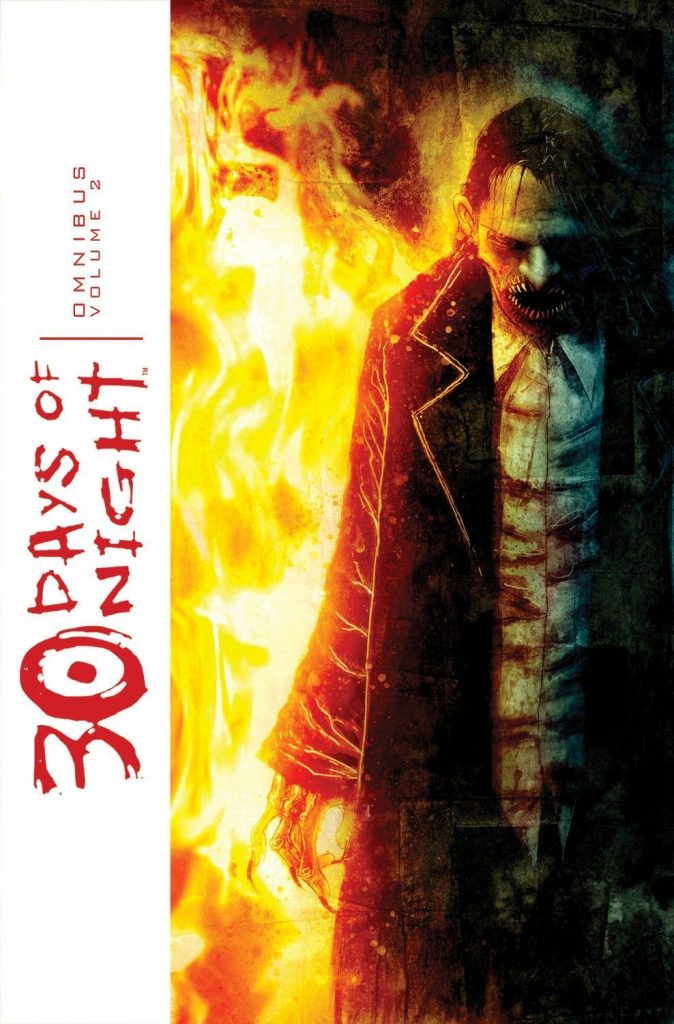 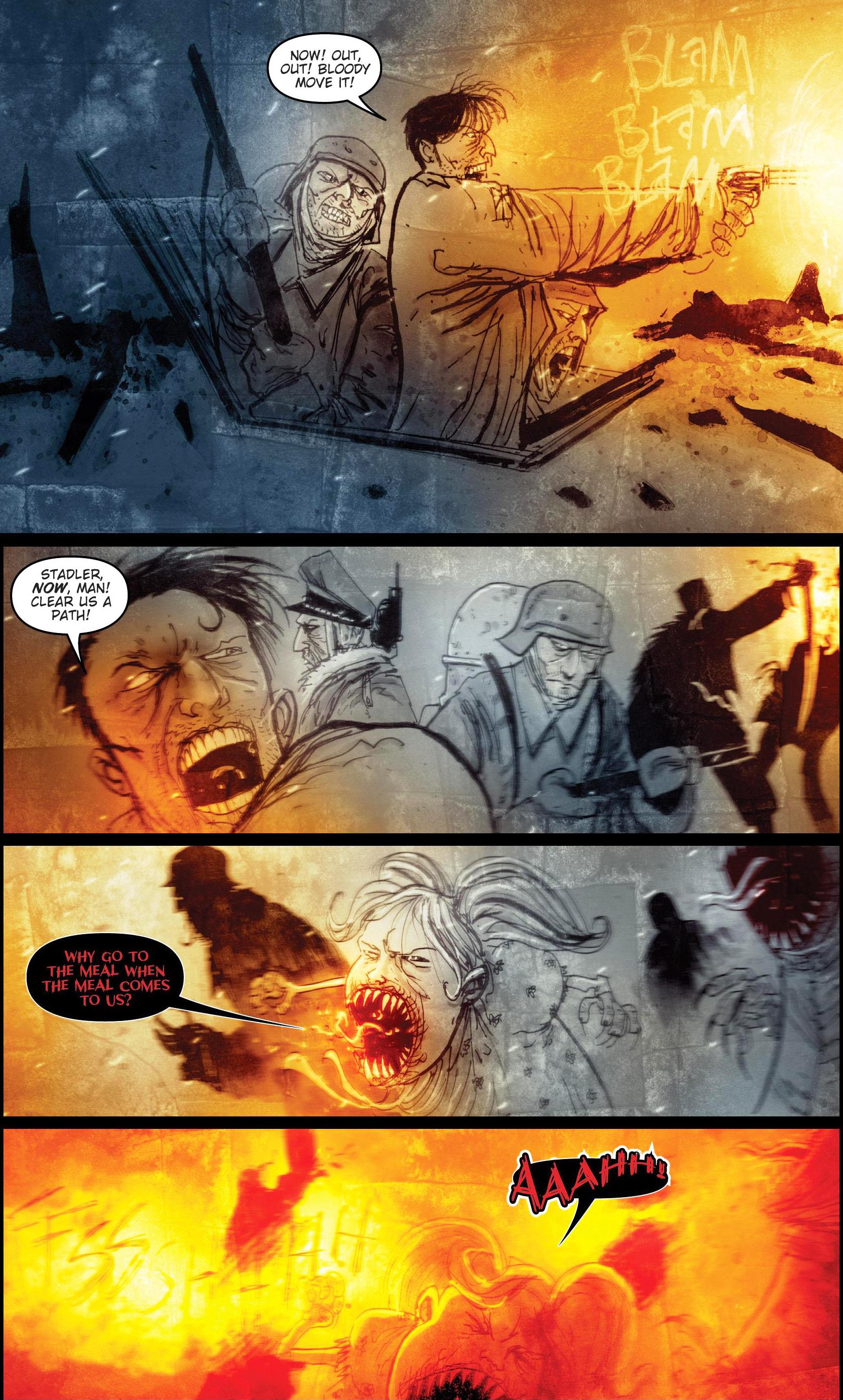 The second 30 Days of Night Omnibus gathers together four trade paperbacks featuring a variety of different artists and writers working on writer Steve Niles’ and artist Ben Templesmith’s series. Most were just starting out or fairly new to the comics industry like Matt Fraction, Kelly Sue DeConnick and Kody Chamberlain. Bill Sienkiewicz on the other hand should need no introduction, the man many consider to have revolutionised comic art with his near abstract and hyper stylised style in the 1980s. Is he an influence on Templesmith’s similar style?

The purpose of the stories collected here is to further develop ideas about vampire culture and explore events in between each book in the original trilogy. Bloodsucker Tales comprises two stories. The first is ‘Dead Billy Dead’ by Niles and Chamberlain introducing new vampire Billy, which establishes why vampires don’t travel alone and examines the internal conflict between human and monster so critical to the series. The second tale is ‘Juarez’ written by a fresh faced Matt Fraction with art by Ben Templesmith. It follows private investigator Lex Nova down to Mexico to investigate what he suspects to be vampire involvement in the disappearances of numerous young girls. Fraction introduces the psychotic Zero Family Circus, plays on cultural fears and has Nova narrate the story like a pulp detective with some humorous results. Eben & Stella is co-written by Niles with DeConnick and illustrated by Justin Randall. It picks up immediately after second book Dark Days reuniting Eben and Stella Olemaun from 30 Days of Night, questioning whether love can really withstand change. Again it illustrates the classic human/beast internal battle human yet somehow avoids cliché and remains interesting.

Ben Templesmith both scripts and renders Red Snow, set during the Nazi invasion of Russia in 1941 through the eyes of British advisor to the Russian Forces Charlie Keating. Templesmith explores mankind’s capacity for committing atrocities juxtaposed against the supernatural slaughter of the vamps, the human side far more disturbing. Rounding off the omnibus is Beyond Barrow by Steve Niles and Bill Sienkiwicz. When rich tourists head into the wilds around Barrow just as the long night sets in and vampires descend on the town, things older than both vampires and mankind stalk the wastes.

There are entertaining ideas explored in these stories, some freshening up the ages old vampire genre, although frequent use of horror tropes wears thin. While they are original, adding those ideas so far into the series feels like adding a shack onto a brick house, the inexperience of Fraction, DeConnick and Chamberlain telling. Niles wrings out every cliché, never taking himself too seriously, but going through motions in most cases. The art is the most impressive aspect with Chamberlain nailing early 21st century fashion, Randall capturing the essence of each character, Templesmith’s work emotive and Sienkiewicz’s art frighteningly visceral.

What the 30 Days of Night Ominibus Volume 2 does do is make the four books stand out far better than they do as single paperbacks and it’s better value for money. Ardent fans will want this to build up their collections, while budding horror artists should buy it simply because you won’t go wrong studying the innovation each illustrator employs. 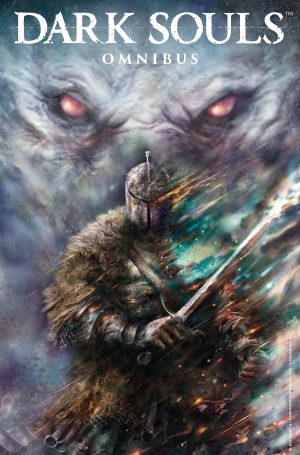