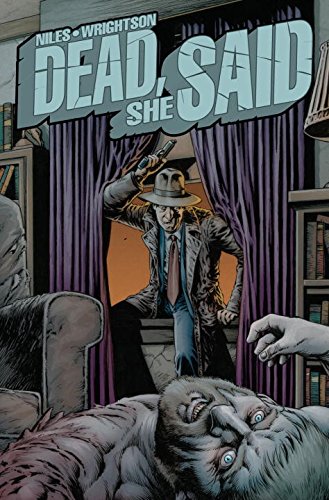 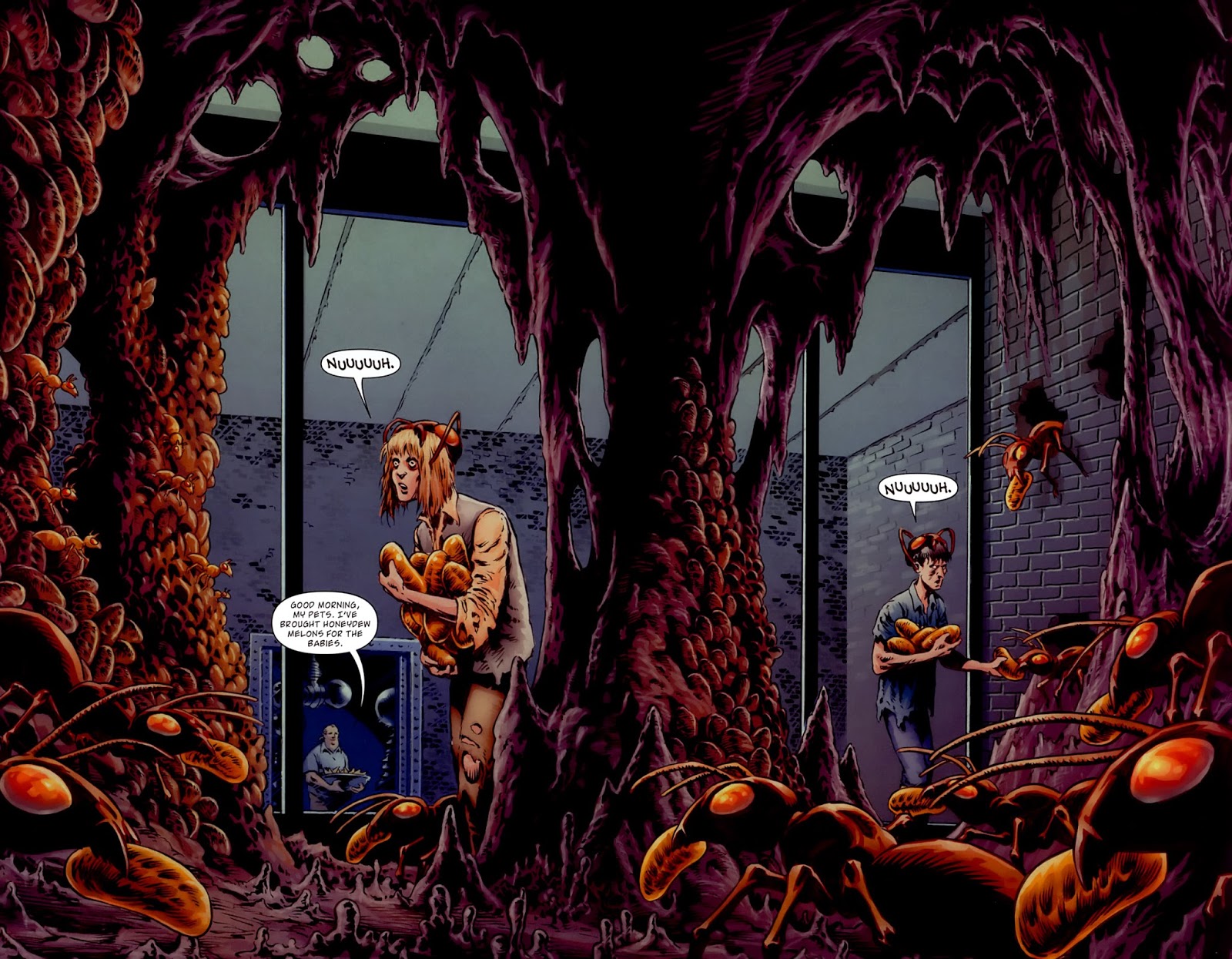 There are some creators who’ve almost single handedly claimed the dying embers of once popular comic genres for themselves, sustaining them alone. Barely anyone other than Garth Ennis produces war comics, despite his excellent example, but Steve Niles has the opposite effect, inspiring a whole new generation of horror writers with his imaginative approach. If a cementing of that status was required, it occurred in 2008 when Niles teamed with 1970s horror maestro Bernie Wrightson for Dead, She Said.

At first it seems Niles has wasted the opportunity as much of the opening chapter is occupied with a noir crime narrative about a guy waking up on a blood soaked bed and barely moving from the room. It’s gruesomely explicit, but the location limits Wrightson who’s professional, but doesn’t show a lot of interest beyond. He sparks up a little for the contrasting scene, but in a wilfully contradictory manner, that’s when he’s called on to draw an idyllic family picnic in the countryside. Well, all that provides a lesson in jumping to conclusions. Just take a look at that disturbing sample image. What’s that all about beyond being Wrightson at his creepy best?

Niles comes good and so does Wrightson. A dead detective struggling to hold his guts in and emitting a fearsome stench, is the least of the horrors once the ants get going. Both Niles and Wrightson have planted their tongues in their cheeks and kept them there for what’s a gloriously poor taste exploitation movie feature. Yes, the picky can find plot holes and Niles tires of the noir detective narrative, but fun will be had by most. 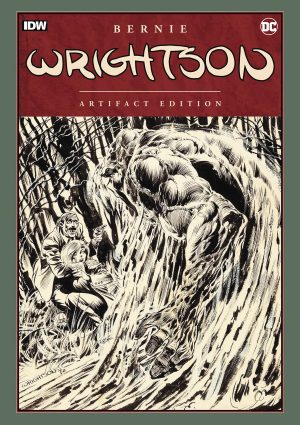