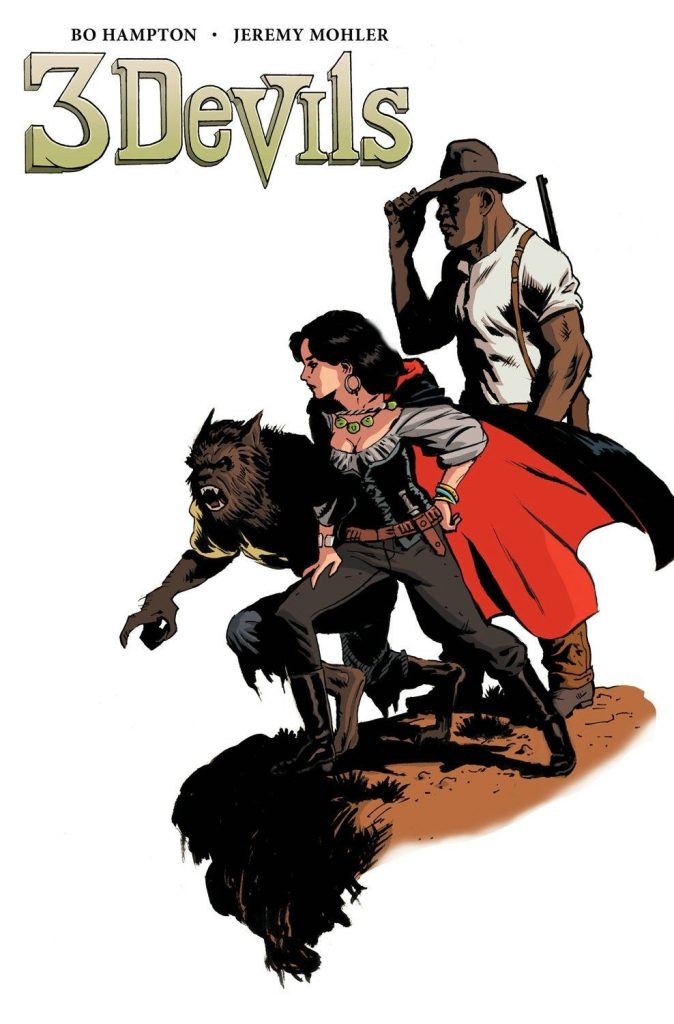 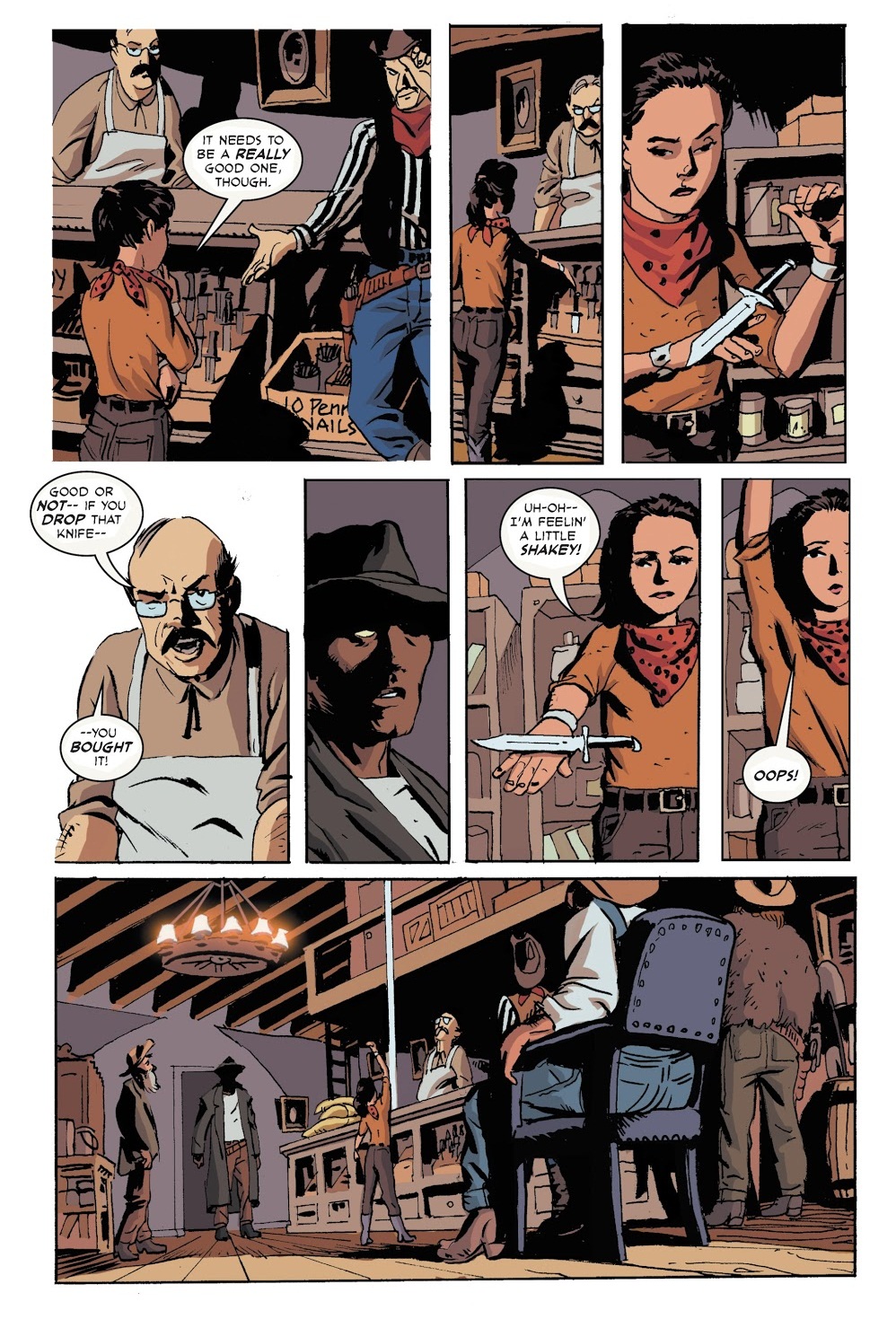 Bo Hampton begins 3 Devils with a scene of escalating horror, mixing the old American West with vampire legend as a gypsy caravan is targeted by a vampire and a hidden young girl manages to keep silent during the grim events that follow. If Tara thought life could only get better after watching her parents and brother murdered, she was mistaken, although meeting Marcus Cornelius is certainly a stroke of good fortune. Being black skinned in the 1870s is not a safe condition, even in an area where slavery’s long in the past, but Marcus has a strange eye and several protective abilities he refers to as old slave tricks.

Much of Hampton’s previous comics work has been painted, so it’s unusual to see him revert to linework for 3 Devils. An ability to create an atmosphere and a sense of place so important to his painting transfers over, even with Jeremy Mohler handling the colouring, and he’s also good at character design. Hampton packs 3 Devils with the sort of homely, scruffy extras seen in 1960s Clint Eastwood movies. However, there are plenty of panels where the proportions look wrong, often when Tara is younger, and while Hampton’s deliberately created a visually stimulating cast, he doesn’t make the most of that.

Like those Clint Eastwood westerns, Hampton’s tale is one of persecution and presumed eventual retribution that toys with Western clichés. Tara and Marcus both have their demons, and in Tara’s case it seems as if she’s going to have the opportunity to settle them, which is common to the genre, but nonetheless a finale providing some anticipation. As he continues, Hampton throws in further aspects stepping away from the traditional Western, but 3 Devils never quite gels. The storytelling is very traditional and nothing that any fan of horror Westerns won’t have read before. Hampton might have been better off arranging the plot in a less linear way, starting with the team he finishes with, then introducing the horrors they’ve lived. As it is, the four chapters just gather our three devils while spending plenty of time on matters that reach no conclusion here, the intention presumably being that 3 Devils would continue onwards to the retribution stage. It didn’t, and while Western graphic novels are hardly common, most that do see print offer something more.