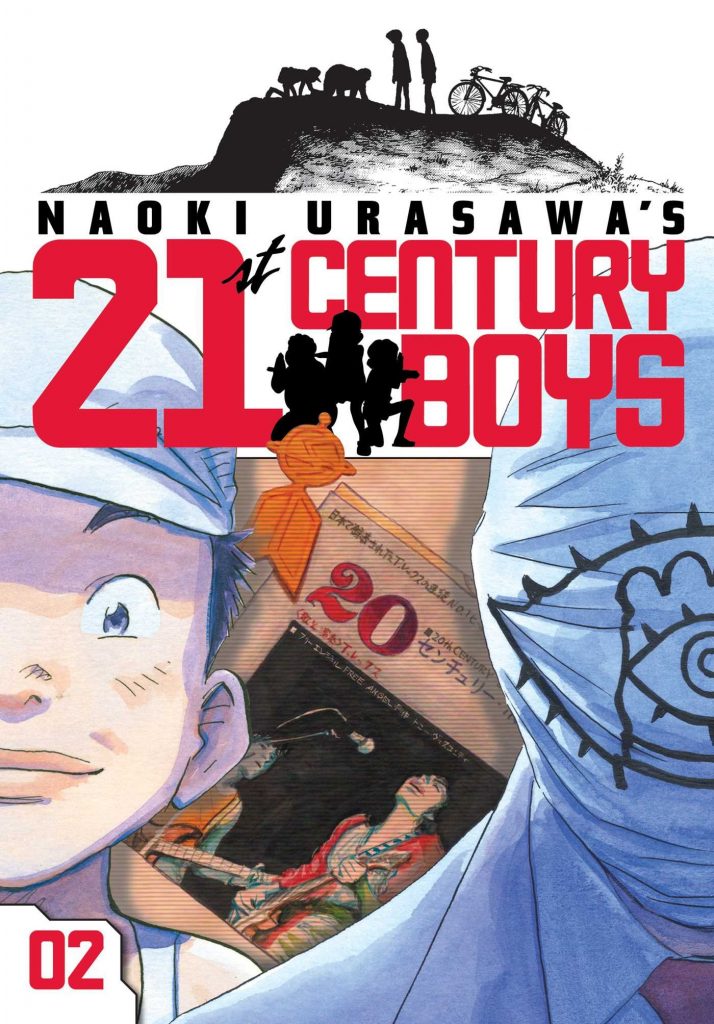 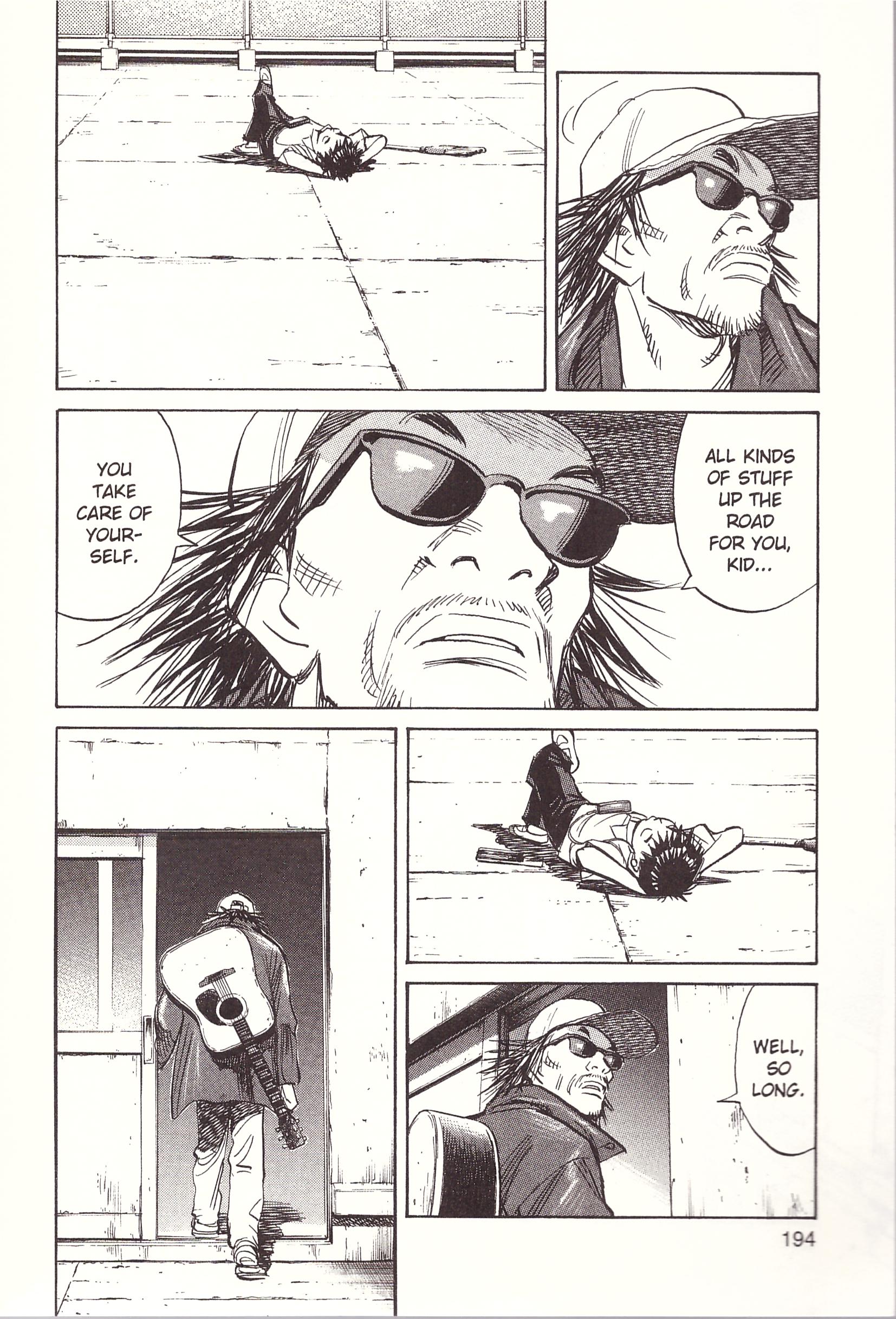 We’ve arrived. These final eight chapters finish Naoki Urasawa’s epic tale. Before delving into the specifics of this concluding volume, we should consider the achievement. The 22 volumes of 20th Century Boys and two of 21st Century Boys occupied eight years of Naoki Urasawa’s life between 2000 and 2007, and considering they each contain over 200 pages, that’s a work rate of 600 pages a year. Even allowing for uncredited studio assistants and one day a week off, that’s almost two pages per day for eight solid years, and one perspective is two years output more than covers the comic pages Brian Bolland has drawn over his entire career. Yet there’s no skimping. The art throughout is emotionally rich, detailed and a masterclass in storytelling, while the story is astonishingly good.

What you really want to know is if this volume ties everything up neatly and satisfyingly. Urasawa begins not too far away from where he opened the entire series, but that’s just a tease. Friend’s Death concluded with a possible threat surviving that death, Kenji transported into the virtual version of his childhood in order to find anything that might offer a clue, and Kanna watching over the comatose Sadakiyo who might also have information.

After all the entertainment this series has provided, we can allow Urasawa a little indulgence, and he uses that by having Kanji follow the equivalent of a treasure trail. It’s definitely artificially generated tension, but it’s brief. What’s better generated is the idea of the Devil’s Daughter, one person named as such while another more properly fits the description, the only drawback being that knowing who she is requires a long memory. Yet even that ties into Urasawa’s regular habit of returning people we’ve seen before, and believed we’d not be seeing again. This time it’s also the manga artists, representing another theme used throughout, that of the power of imagination. However, Urasawa’s even smarter than that, and uses them to generate further tension as we become concerned for Kanji.

Actually, we’re pleasingly provided with quite the valedictory tour of previously seen characters, and there’s also the joy of someone surprising becoming a hero. In fact, pretty well everything you’re going to want from the finale is here, including answers. You’ll discover who Friend is, but it won’t really matter. You’ll sweat, you’ll cheer and you’ll shed a tear.

The reviews have referred to Urasawa as the sole creator, but each volume has noted the story is co-produced with Takashi Nagasaki. Six other production staff are noted, and a further three editorial staff. How they contributed is vague, but all have somehow played a part in creating a masterpiece.