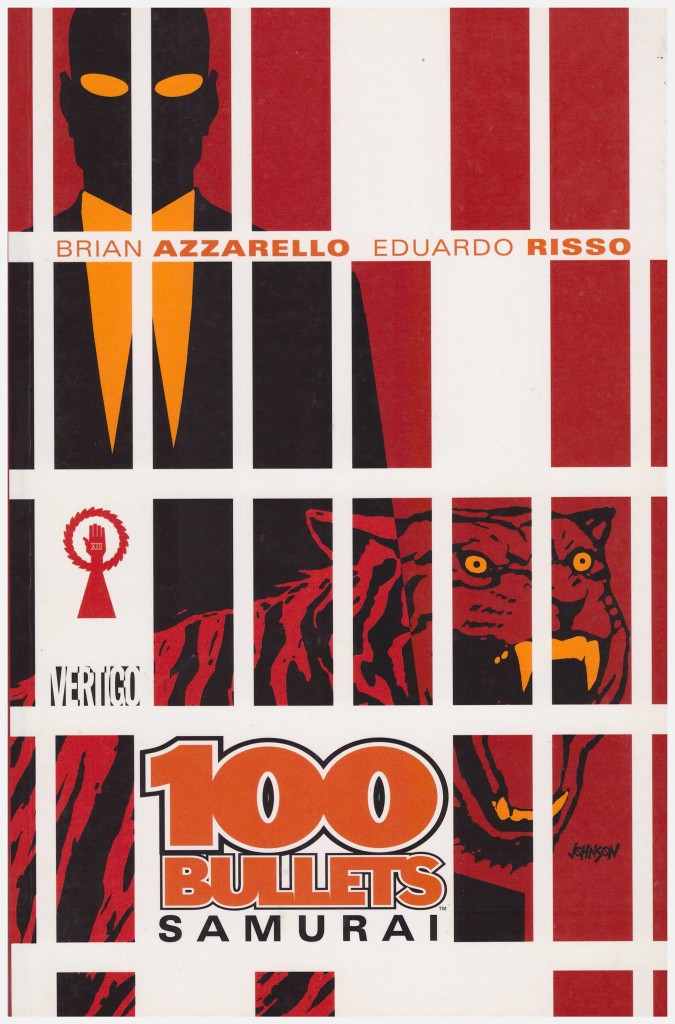 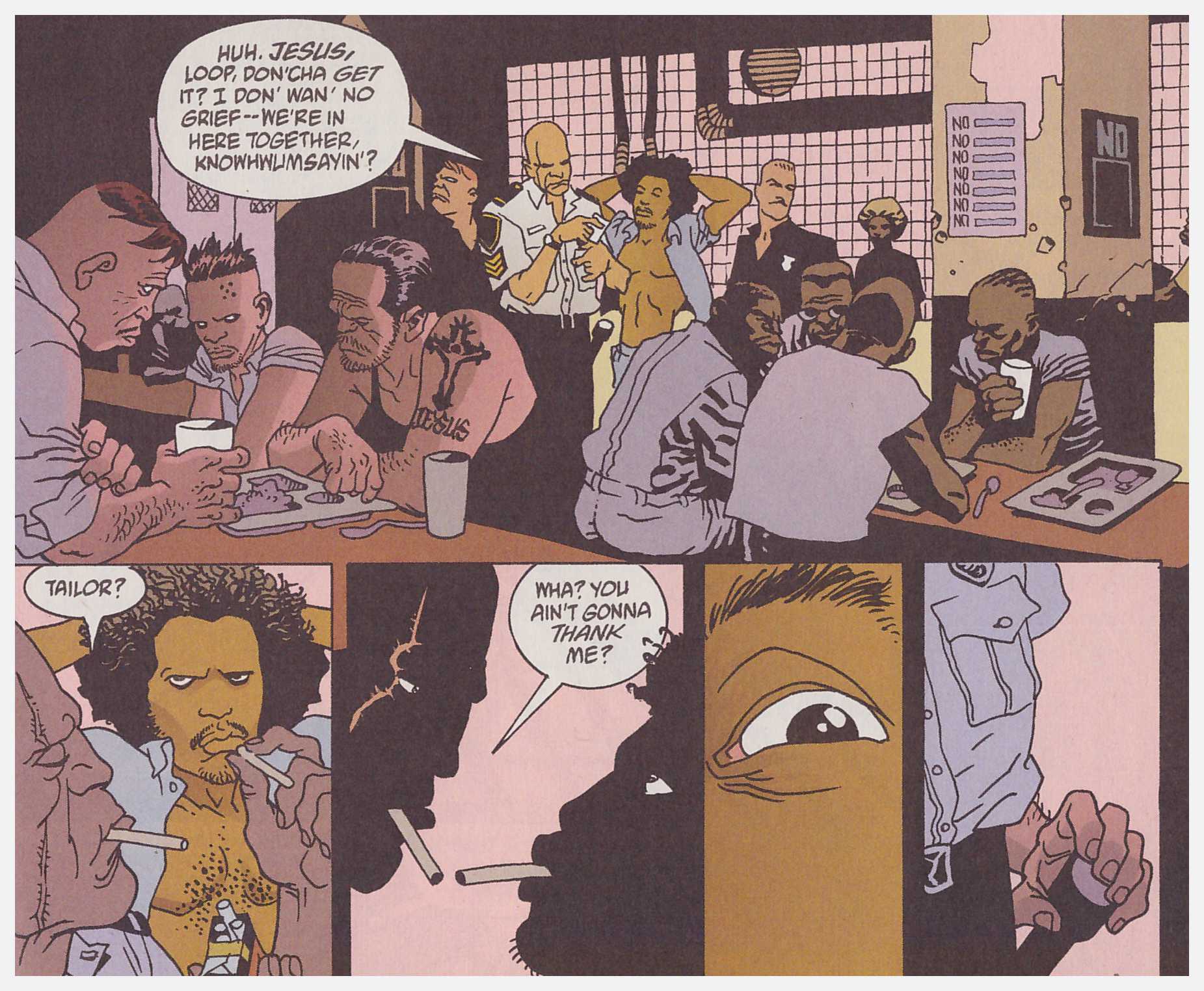 Samurai looks in on a couple of folk we’ve seen before. Hang Up on the Hang Low, was the best of 100 Bullets to that point, spotlighting Loop Hughes, the guy you’re pulling for who almost pulled it off. A Foregone Tomorrow was where we first met Jack Daw, a giant brute of a man with a seeming death wish who salves his sorrows with the needle.

The opening sequence is every episode of Oz that Brian Azzarello ever watched dropped into four gut-stabbing chapters of tension and brutality, with a very slight, but pivotal, element of The Shawshank Redemption thrown in. There’s no sentimentality here, though, and as with almost any 100 Bullets graphic novel, it’s magnificent. Loop’s now been imprisoned for a while, finding his place, his easy going character for the most part keeping him safe, but as Samurai opens he’s just back from solitary after putting someone extremely dangerous in the infirmary. The consensus is that Loop’s days are numbered.

A plot used more than once in The Punisher, is Frank Castle deliberately letting himself be caught into order to be jailed alongside plenty of his targets. He’ll then proceed to intimidate the intimidators and kill the killers. Azzarello works a variation on that plot here with someone presumed to be dead when last seen.

That was also the case for a component of the second story here, which further shares the thematic link of cages. Jack and friend turn up at a remote small zoo in New Jersey where there’s a lucrative sideline going on. Jack still can’t bring himself to use one of his hundred bullets on himself, but sure isn’t keen on seeing a drugged tiger becoming a status symbol for some minor league Philly gangsters. The sequence in which we first saw Jack was the only time the quality of 100 Bullets dipped slightly, but he makes a lot more sense here, and his final destination ensures we’ll be seeing him again.

Every successive volume has stunning artwork from Eduardo Risso, but in the jail sequences some of his characters cross the line from caricatured into not quite credible, particularly a pustulating weapons dealer. This, though, is minor nitpicking in the face of near perfection in consistently creating credible environments for Azzarello’s compelling character studies. As good as the scripts are, Azzarello presumably thanked his lucky stars for Risso as there are plenty of artists with Vertigo pedigree who’d never have been able to interpret his cast as convincingly.

Samurai is collected along with the previous Six Feet Under the Gun and the following The Hard Way as book three of the oversize hardback 100 Bullets Deluxe Edition.