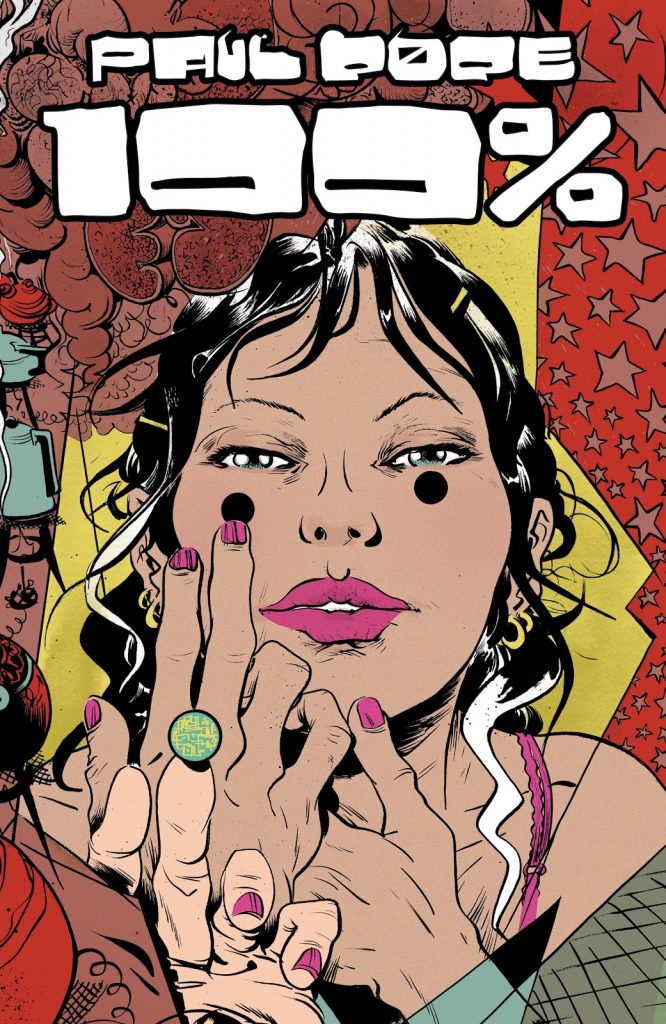 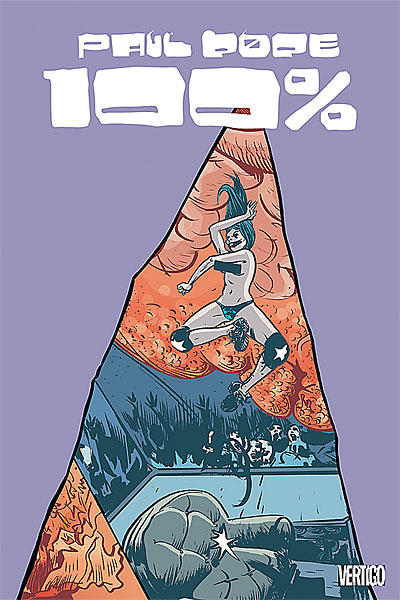 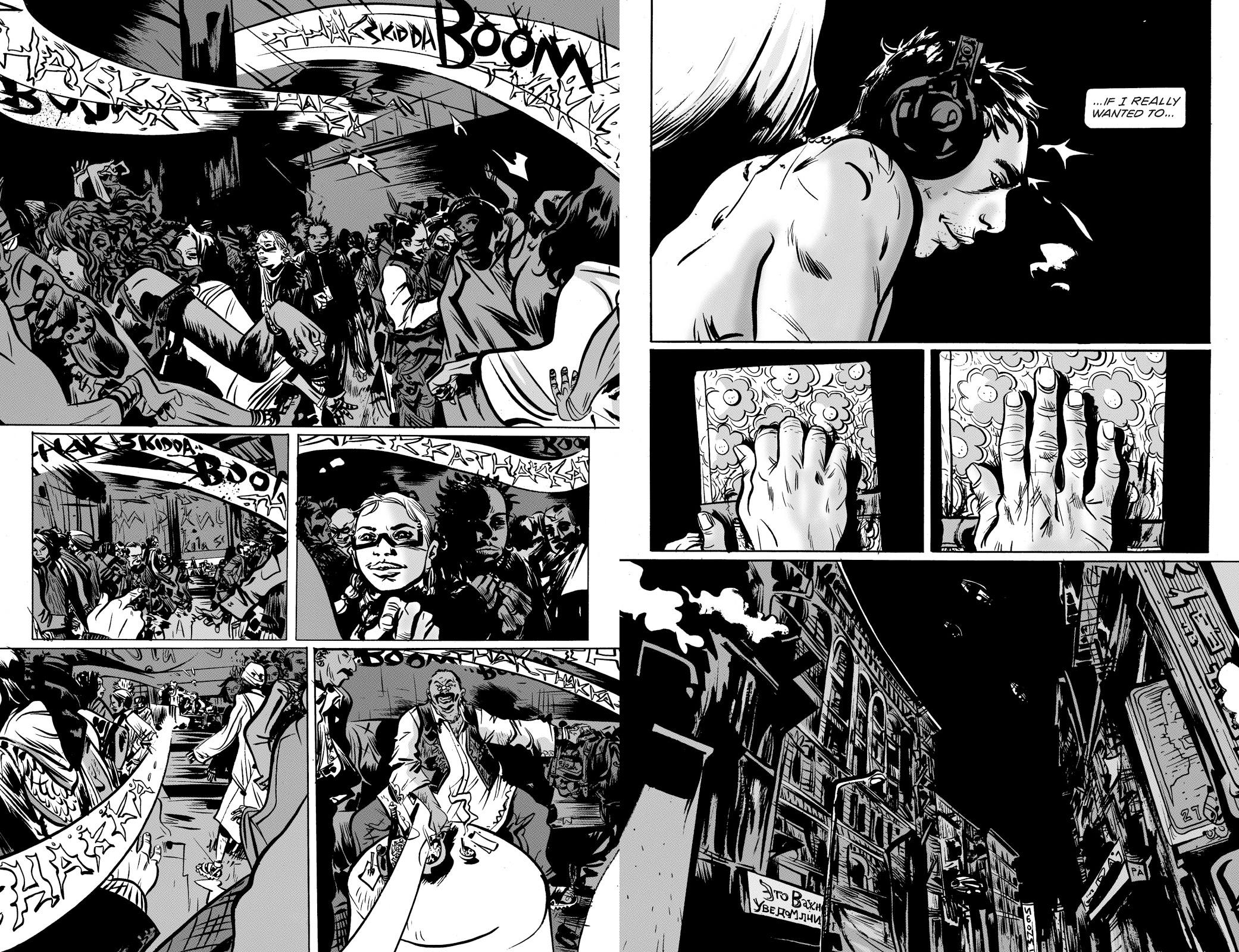 100% is now nearer the projected setting of 2038 than the original 2002 serialisation, yet despite the time that’s passed it remains a unique reading experience, a modernist form of romantic drama garnished with some science fiction.

Paul Pope has carefully designed and realised a future, dropping random hints as to events of the past thirty years, but not fleshing them out as they’re irrelevant other than as visual anomalies. It’s people that matter. For decades we’ve tended to imagine technology will make the future a more desirable place, but without money it never is, which is what Pope’s future extrapolates. He constantly hammers home that tomorrow’s future won’t be different in terms of needs and interactions. There are technological advances, but they’re largely window dressing, although well conceived and explained in the post-story notes, but what matters is the striving poor in constantly grimy locations surrounding the dance club at the story’s centre. “My Grandma’s right”, one character drily notes, “nobody worth knowin’s out past midnight”.

There’s no great plot as Pope prioritises drama, concepts and atmosphere. Broadly speaking, 100% is a story of three different relationships between people who’re all dissatisfied and unfulfilled, with some additionally insecure. They all want something, but that something’s rarely on offer. 25 chapters of varying lengths play out the dramatic interactions with Pope heavy on cinematic lingering, letting scenes roll out at their own pace, accompanied by considerable use of sound effects. This is down to the crinkling of paper or footsteps made in snow, yet strangely, a scene of 32 kettles boiling lacks the sound effects, the cacophony instead described.

That sort of weirdness, though, is the frills around drama because it’s the people who matter. They slot into a few themes that will resonate with many readers. The failing relationship lacking compromise, artistic integrity versus commercial necessity, and aspirations without hope all apply. At times Pope spends too much time on conversations that dull the mood and slow the pace, but his instincts are generally sound, even with the late introduction of a new conflict to provide the necessary climactic intensity as the tangled set of connections pull tight. Pope’s fiddly black and white art steals the show, though, brushed ink lines and grey wash presenting a closed-in world echoing the cast. It’s busy, with people constantly moving, but beholden to no fads or artifice, so it’s timeless and jumps out.

A new edition of 100% comes by every few years, and there’s a reason for that. It’s not for everyone, but all we are saying is give Pope a chance.