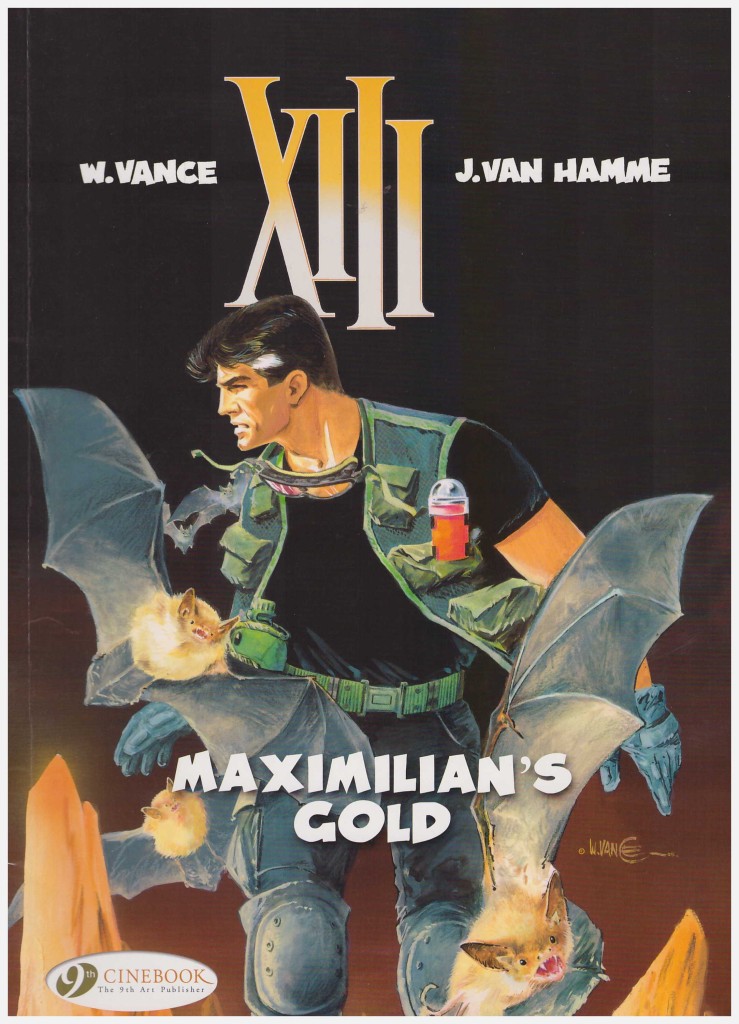 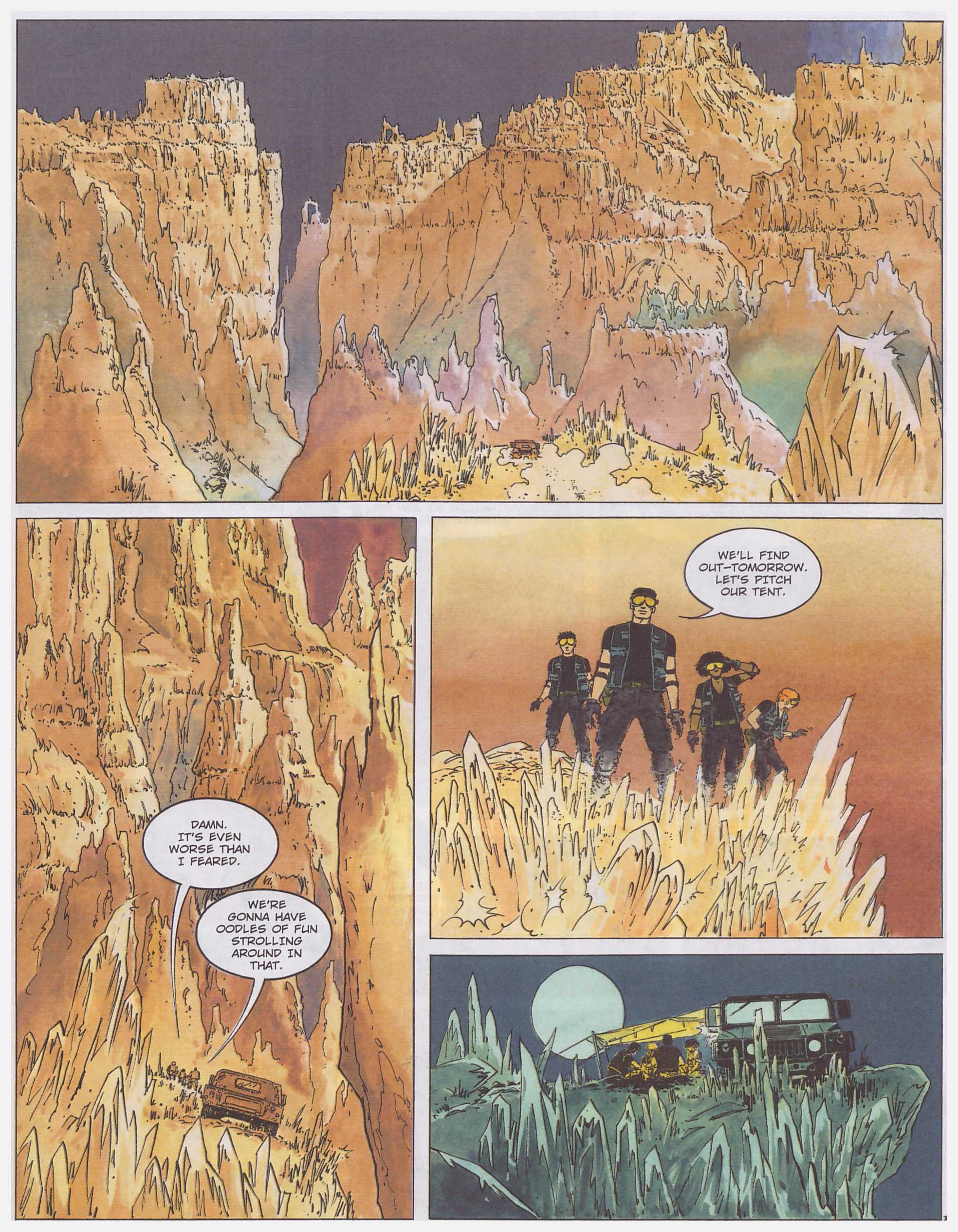 The hook to XIII from the very start has been the quest of an amnesiac man known only as XIII due to the numerals tattooed on his collar bone to discover his true name. Yes, the idea was probably cribbed from The Bourne Identity, but Jean Van Hamme has taken the plot into many wonderful directions that the similarity of the original idea to another work can be forgiven many times over.

After several other identities, XIII appears settled with John McLane, whose ancestors fled Mexico with gold now lost. The previous Operation Montecristo resulted in the acquisition of the final clue as to the whereabouts of this gold, and the mystery of XIII’s identity is sidelined as plans are hatched to find it.

Of course, life is never that easy for XIII. A high ranking official in the US National Security Agency wants to silence him, and with the resources at Frank Giordino disposal that’s a distinct possibility. Additionally, cracking the code required to divulge the gold’s location is more problematical than anticipated, and XIII and friends have a resourceful prisoner looking to escape and owing them no thanks.

It’s just another day at the office for Van Hamme as he masterfully mixes political intrigue with adventure, and spectacular action set pieces. Yes, XIII is rather light on characterisation overall, but when the plot cranks up the tension to this level it doesn’t really matter. Unusually, as much of the action takes place in Washington as it does surrounding XIII, and the conclusion indicates that we’re not finished with the American capital yet.

Don’t be put off by the oddly bland painted covers to the series. The internal content displays a master at work. William Vance is once again called upon to illustrate a significant portion of the plot via conversation, and with one small interlude the exception, it’s only in the final pages that there’s a significant action scene. Compared with what he’s drawn previously in XIII, the jagged canyons of Mexico are hardly a challenge for Vance, making this one of the less spectacular looking books of the series. He nevertheless supplies exemplary storytelling and a distinct cast.

Next up is The Irish Version, in which the secret of XIII’s true identity is finally revealed.