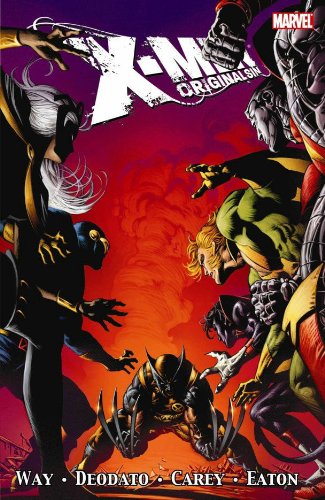 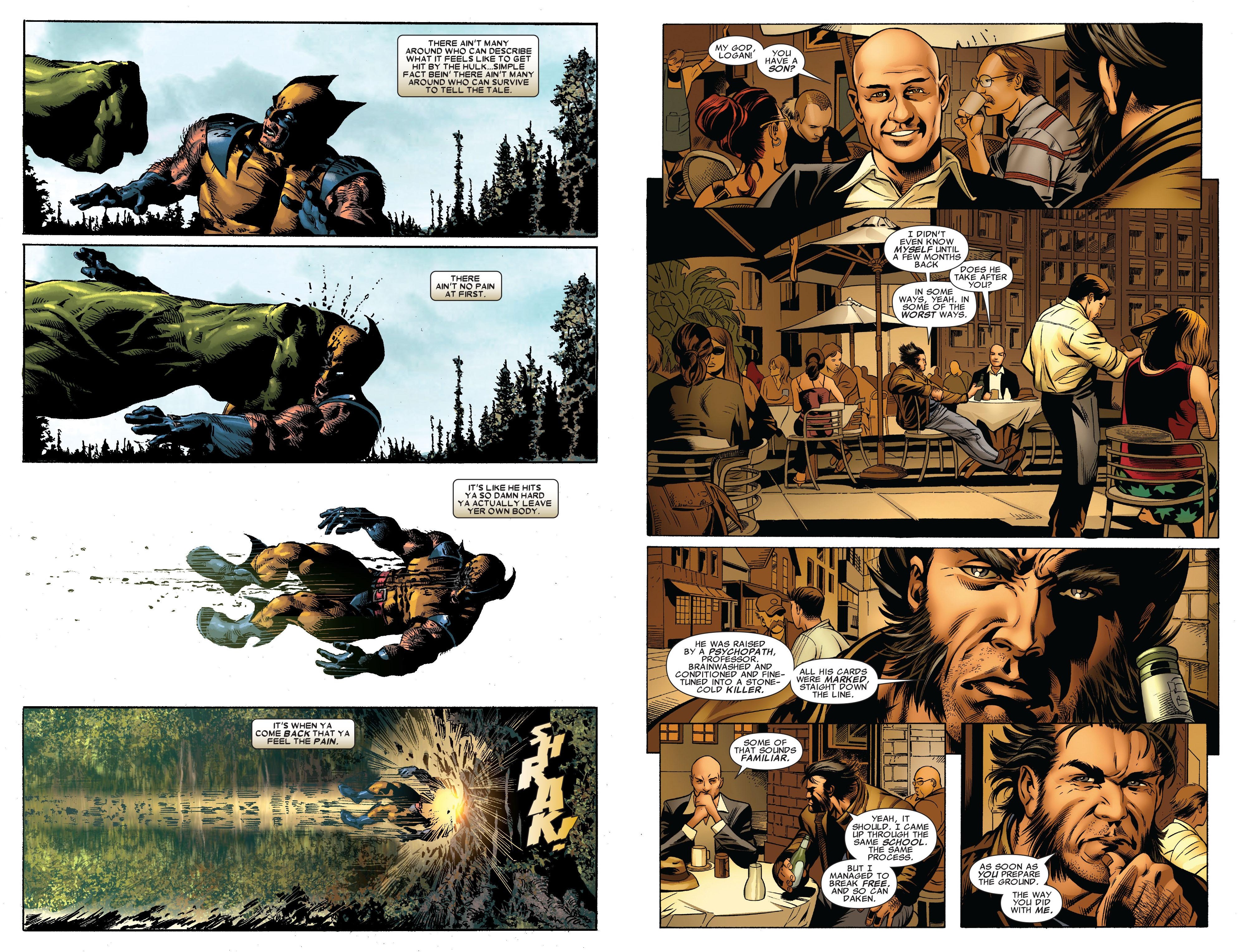 Original Sin shouldn’t be confused with the later Marvel crossover of that name, and while not carrying the Legacy title, it continues from Mike Carey’s work with Professor X in Sins of the Father, merging his story with Wolverine’s then current activities.

It’s with Wolverine that Original Sin begins. He’s just discovered that he has a son, Daken, a savage reflection of himself. Just as Carey has been reconfiguring elements of Xavier’s past, so Daniel Way adds another layer to Wolverine’s first appearance battling the Hulk. It’s worthwhile just for Mike Deodato’s art showing two savages having at each other far more powerfully than it was drawn back in the day. Deodato’s always been a chameleon of an artist, and were it not for his name on the next chapter you’d swear it was a different artist, equally good, but far more constrained. In such company Scot Eaton comes off second best, but importantly not by much. He started well on X-Men Legacy, but the quality slipped a little. Perhaps it’s the thought of being compared with Deodato that inspires him, because there’s no easier pages here, just clear layouts and solid drawing.

Carey’s been using X-Men Legacy to explain inconsistencies about Xavier’s past, a few twists here and there, and now a continuity implant. It’s within the context of Wolverine seeking help for Daken, wanting the same type of telepathic adjustment he underwent at the hands of Professor X in the past. He’s arrived at a bad time, however, as in Sins of the Father the Professor was given a forceful lesson in the possible damage done by just such mind to mind meddling. There’s also the problem of a power struggle within the Hellfire Club.

This is an engaging thriller from start to finish, with only Wolverine’s present day aggression and savagery at the start never completely believable. As the story itself acknowledges, he’s progressed from that point, and knows well enough that violence and threats will only put backs up. Otherwise things twist and turn before providing the battle that’s been brewing since the start. There is a conclusion of sorts, but one that leads into Wolverine Origins: Dark Reign, while a more definitive ending for Professor X takes him back to X-Men Legacy: Salvage. 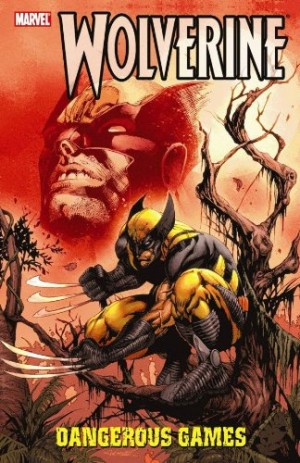