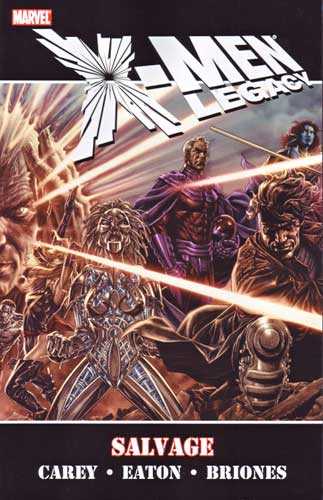 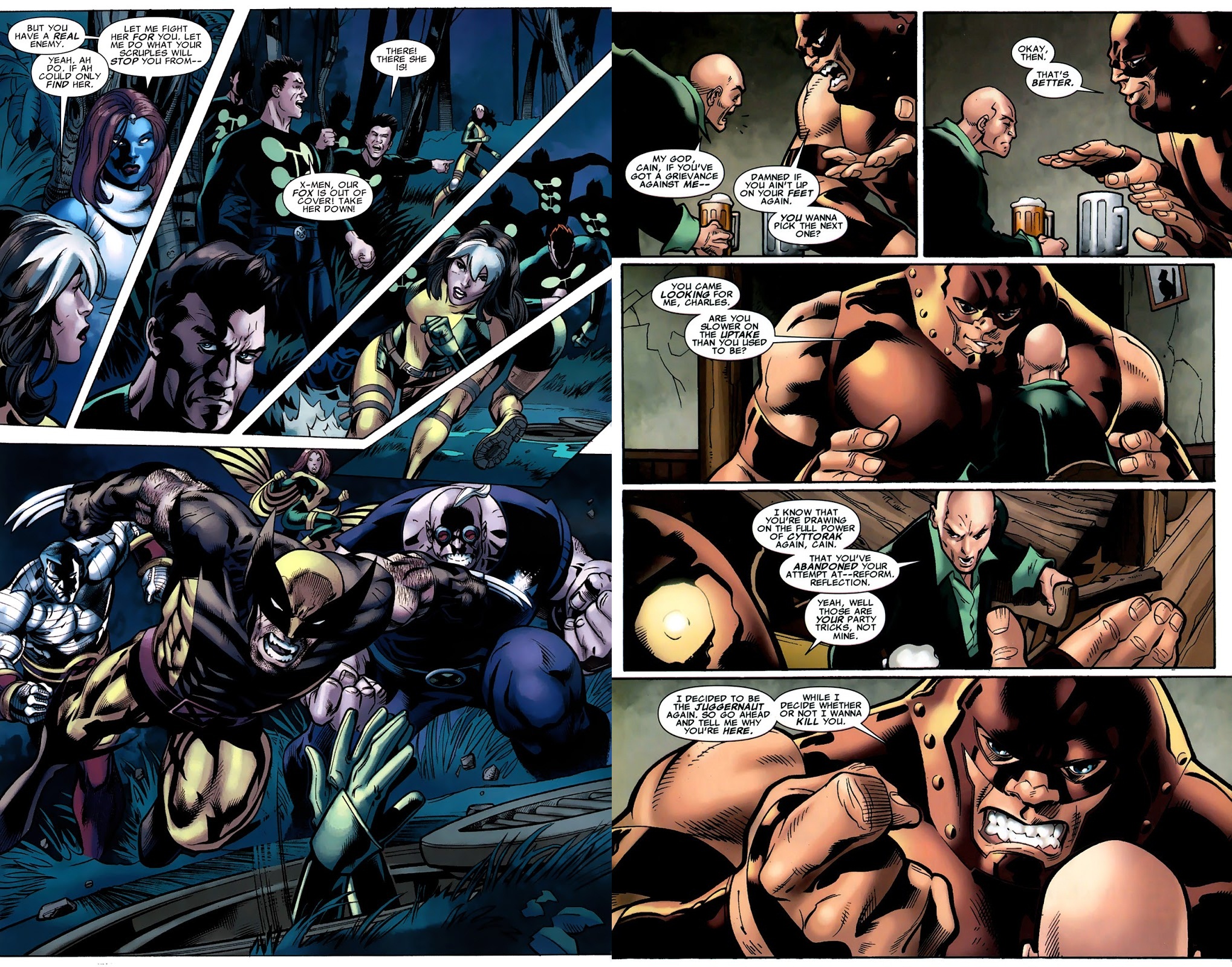 X-Men founder and world’s most powerful telepath Professor Charles Xavier is not everything he was. He recovered from almost certain death, but without his memory completely intact. He can function, function very well, but parts of his life are lost to him, and Mike Carey has him visiting people from his past to piece himself together again. After Sins of the Father the process was temporarily delayed to help Wolverine out in Original Sin, but as Salvage opens he’s back to his own mission, and this involves a meeting with his half-brother, the Juggernaut. The single episode is Carey’s best individual chapter for Legacy to this point, Xavier confronted with someone able to resist his powers, super strong, almost without conscience, and capable of a grudge. It’s only a conversation, but one with malevolent undertones held in trying circumstances as the lives of others are endangered.

During Carey’s earlier, pre-Legacy X-Men run Rogue was given a greater focus than other team members, and over Salvage Carey gradually brings her back into the picture. She’s deliberately isolated herself in Australia to contemplate her life, but is haunted by a vestigial memory of her mother figure Mystique, and it’s not long before further complications are generated around her. Among them is Professor X, who’s decided one of the great deceits of his life was pretending to Rogue that he could help her more than he actually could, and that misconception that needs rectified.

While Professor X has been almost the sole mutant followed in the present day since the Legacy series started, Carey has come up with clever ways of incorporating plenty of other X-Men, and that’s again the case, giving Scot Eaton and Phil Briones a broad cast to draw. Both are at home with the costumes and both are good with the emotional moments, few as they are in this particular graphic novel. It’s Eaton who draws most of the book, using his attractive semi-painted look, with the depth added by colourist Brian Reber important. Briones draws the subtle opener and the coda chapter at the end, calling for multiple pin-up images, each featuring upward of a dozen characters.

The downside of Carey’s method of involving other X-Men to provide the superhero action in the form of flashbacks and mental distortions is that it requires some knowledge of the X-Men’s past. While Salvage features some accompanying identification of locations and times, the constant switching will be like skimming the levels of a computer game to the uninitiated. Cope with that and you’ll discover interesting new alien Sovel Redhand and his eccentric crew, very good use of Gambit, and the involvement of another, more obscure X-Man. On top of that Carey begins dissecting Rogue and who she is in the same sort of scab-picking manner he’s been investigating Professor X over the past graphic novels. It’s a process that continues for both in Emplate, but before then the continuity sweeps into another crossover, Avengers/X-Men: Utopia the pertinent aspect of which for X-Men Legacy is Rogue and Gambit returning to the USA.