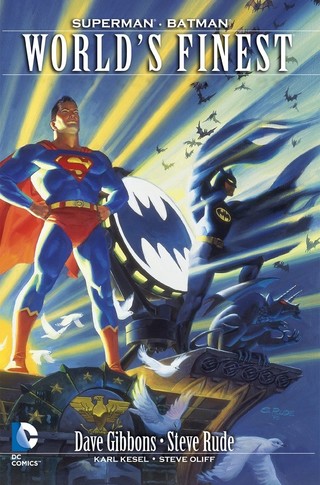 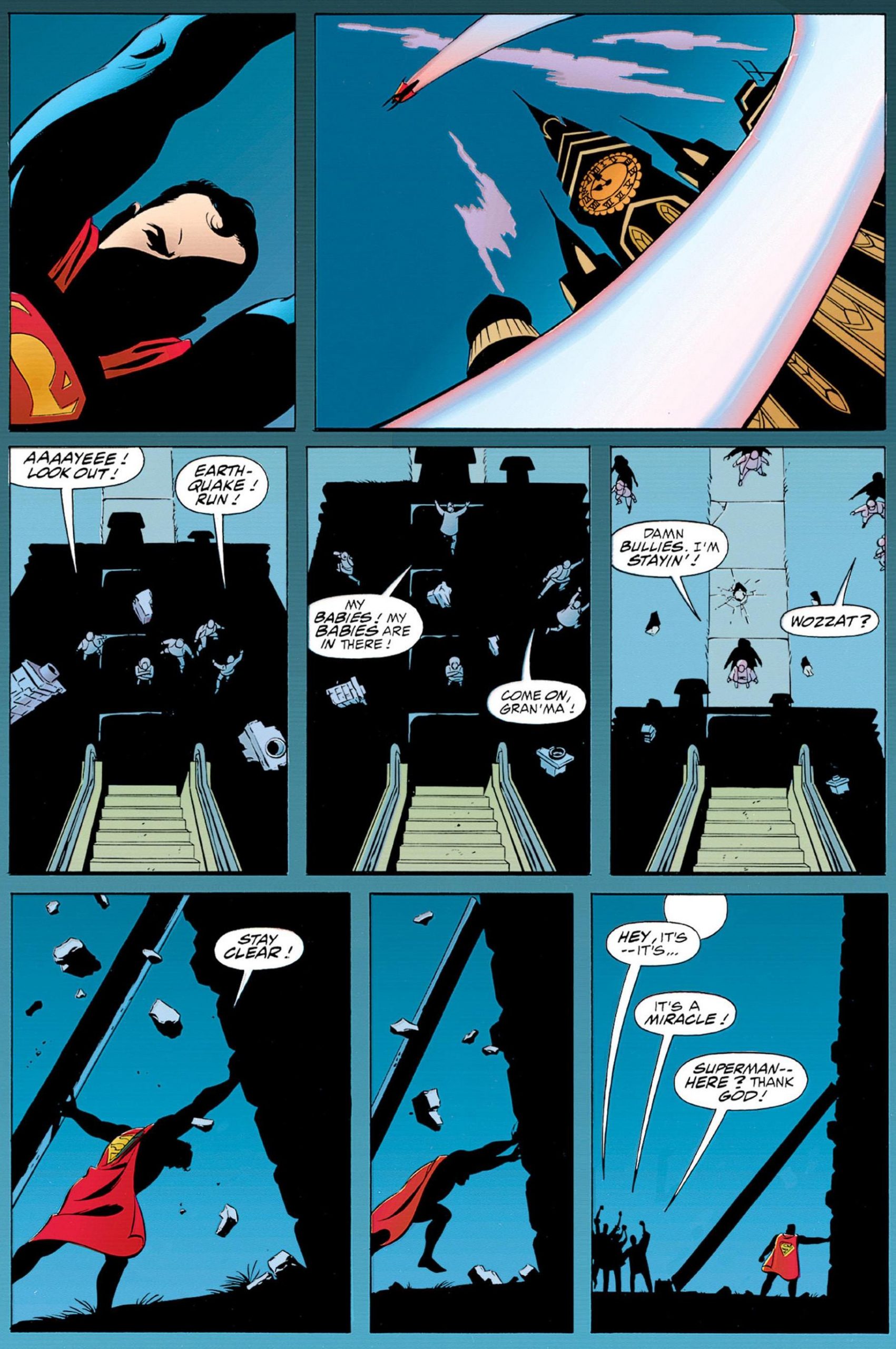 The idea of Superman and Batman teaming up has always titillated fans and, from 1941 to 1986, DC capitalised on this in their World’s Finest series featuring many team-ups. After the events of Crisis on Infinite Earths the pairing became problematic as ideological differences between the characters evolved, and most thought them completely incompatible. Dave Gibbons thought differently, and in 1990 he partnered with Steve Rude to once again send Batman and Superman on a mission in a three part love letter to their illustrious teamings of the past.

It’s a fairly straightforward premise. Lex Luthor is buying up properties in Gotham while the Joker has gone to Metropolis on “vacation”. Of course both are up to no good, and when Superman and Batman are both embarrassed during their respective encounters with the other’s nemesis, they agree to swap cities with their alter-egos Clark Kent and Bruce Wayne providing the cover. Connecting all four men and both cities is the Midway Orphanage, housing secrets and answers.

Gibbons establishes early on that while Supes and Bats are familiar with each other, even knowing the other’s identity, they haven’t worked together before. Neither does he gloss over the stark differences in methods or ideology, instead recognising them as a point of contention between the two. He explores their shared experience as orphans which explains their mutual involvement in Midway, the flashbacks to those origins familiar, but also very moving. Gibbons’ decision to adhere to a classic story pattern  invokes nostalgia for those who know either hero’s origins. Chaos caused by criminal activity and gang conflict, especially when Joker’s henchmen Dum and Dee are involved, adds fun. On the other hand, holding onto sillier ideas like Jimmy Olsen’s signal watch are detrimental no matter how hardcore a fan you are. There’s plenty of progression, but how plot points converge often feels clumsy and the best device is underused. However, the emotional exploration within World’s Finest redeems it and the festive setting adds a jolly feel.

Opinions on the quality of Gibbons’ story vary considerably, but all agree Steve Rude’s art is fantastic! Rude emulates a classic Americana style that still looks fresh with a dazzling attention to detail, so many interesting things occurring in the background. In one scenario a crowd waits at a train station, in the midst of it you notice two lovers reuniting while Hasidic Jews welcome their brother to Gotham. Later Clark’s car passes a pick-up truck, two boys scrapping in the back as their parent drives on blissfully unaware. The differences between Metropolis and Gotham are distinct without relying on the intense contrasts of bright and dark most artists use. Metropolis is clean and ordered, the Daily Planet towering over all while seedy posters for peep shows line Gotham’s streets and dirty snow lies piled in alleys. Rude’s art even highlights the differences in Clark’s and Bruce’s personalities, Clark’s apartment humble in contrast to the luxurious extravagance of Bruce’s room. From the cityscapes to their citizens, from villains’ antics to heroic actions, there are more than a dozen iconic scenes that could grace a gallery’s wall.

For artistic reasons alone World’s Finest deserves far more attention, and while the story has aged it is a landmark illustrating that embracing differences between characters can often make it better.

World’s Finest is difficult to find in trade paperback outside of DC’s own online store.