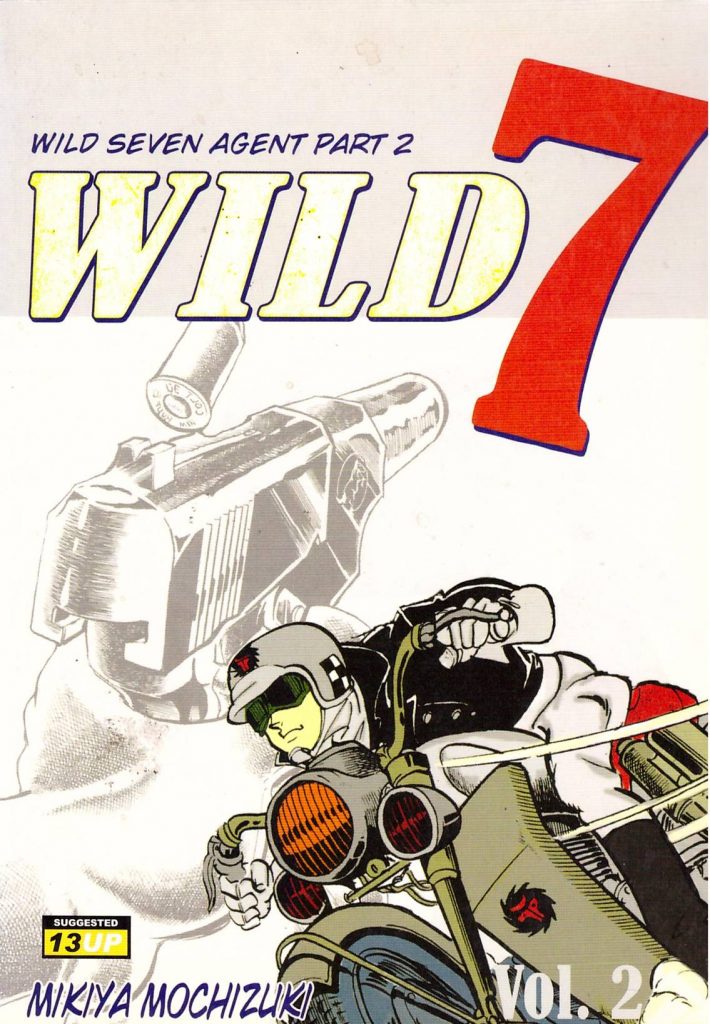 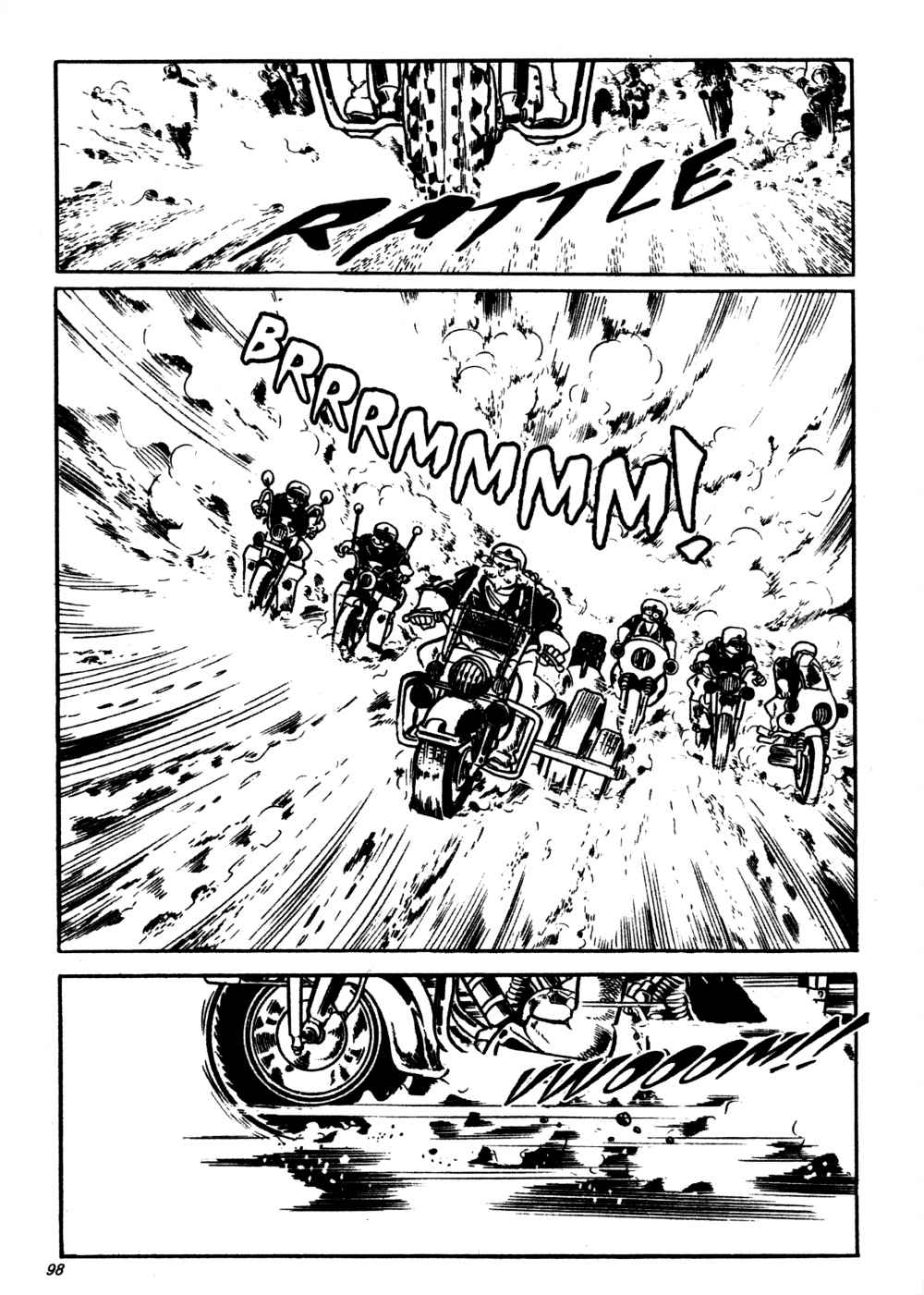 Mikiya Mochizuki established the Wild 7 in Vol. 1 as a group of former convicts seconded to the police and given almost carte blanche to deal with out of control crime. They’re equipped with motorcycles, uniforms and papers proving they outrank most police and left to go about their business. In practice, beyond a nice illustration opening the series, few of the crew have been given panel time beyond leader Hiba, and this volume continues his story.

Hiba is tough, brave, charismatic and resourceful, but as we’ve already seen, there’s someone who can control the Wild 7. Volume one closed with ganglord Ooiwa frightened by Hiba and on his way to make a full confession of his activities to the police, but stopped by his lawyer and told Hiba’s tactics were unlawful, and he needn’t abide by his agreement. Displeased at the arrangement being broken, Seven Wild Men Part 2 begins with Hiba on his bike chasing down Ooiwa’s armoured car.

Mochizuki ups the ante considerably from there, Hiba trapped in an impregnable fortress while the criminal mastermind manipulates events around the city to ensure the police are occupied elsewhere. Although never stated in those terms, not least because Wild 7 predates the Punisher, it brings to mind scenes of the Punisher claiming he’s not been jailed with the criminals, they’re trapped with him. The actions of the crooks enables imaginative action thriller stunts that look spectacular now, so the effect when they were first seen in the early 1970s can only be imagined. At the halfway point Mochizuki finally ships in the remainder of the Wild 7, each of them on a distinctive motorbike suited to their personality and speciality. Sons of Anarchy surely paid attention. At the point of greatest tension in the present day, Mochizuki switches to the past, showing how Hippy Tom was recruited. It’s another phenomenal action sequence.

If anything gives away these are old comics, it’s the art. It’s very, very good, but feeds from the 1960s Osamu Tezuka style, busy pages with multiple characters and full backgrounds, although is more explicit than Tezuka, and very occasionally gruesome. Japanese comics have consistently reduced the necessities since. Should that be a concern when Wild 7 is a creative, fast-paced page-turner? The collection again ends with a cliffhanger, and The Biker Knights Incident follows.