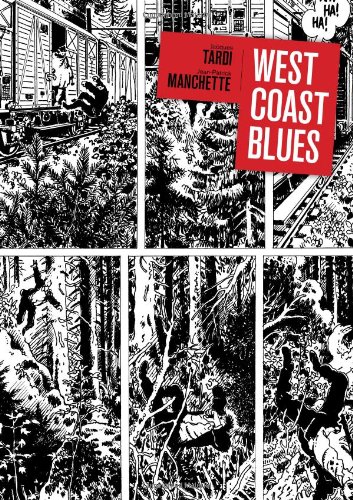 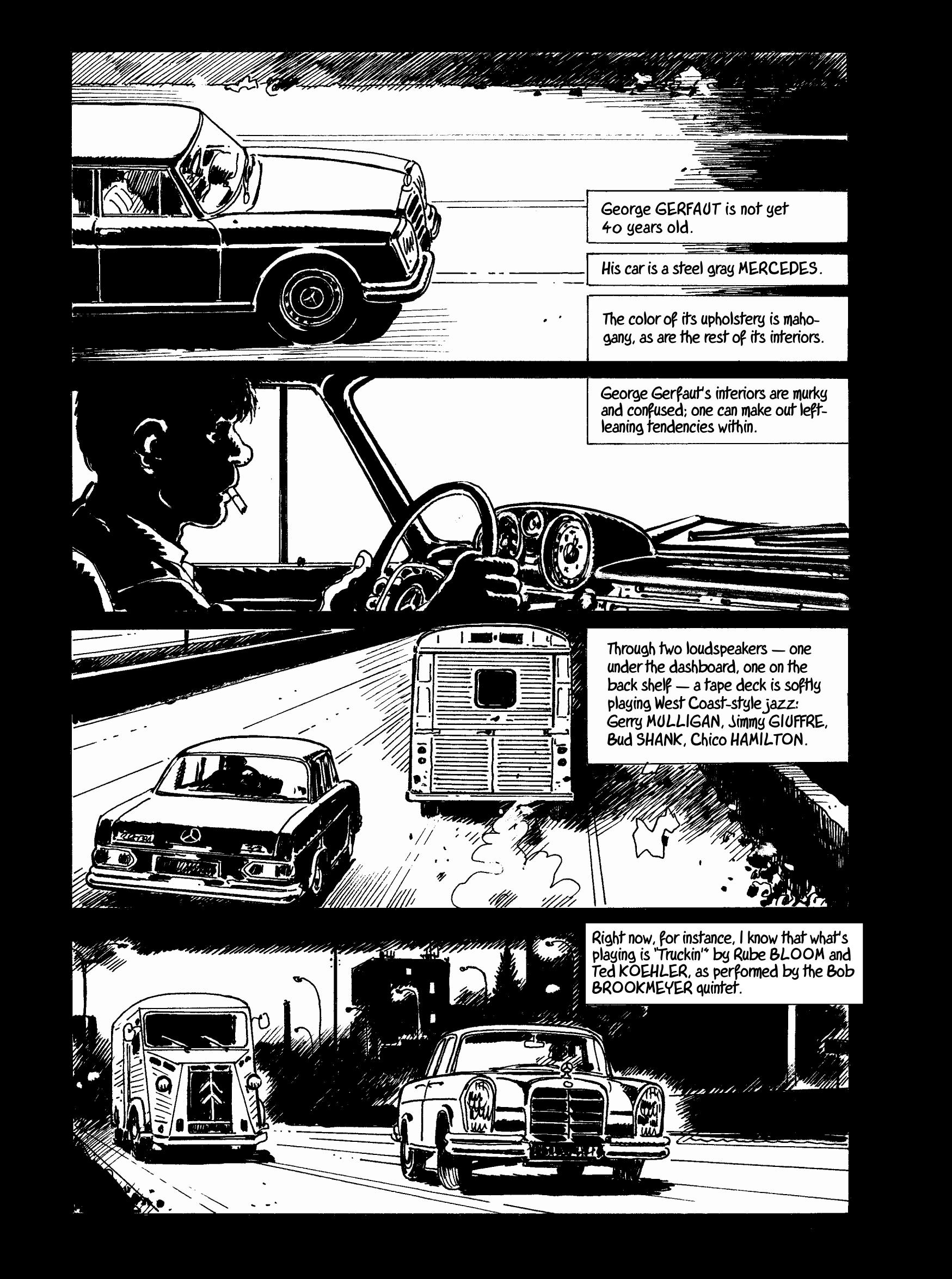 Looking from the outside it would seem George Gerfaut has every reason to be content. He is, however, fundamentally unsatisfied, bored with his family life and cynical about his job. His release is driving fast around Paris in the early hours tanked up on whiskey and pills, with only a perpetual jazz accompaniment providing any pleasure. On one of his nocturnal drives he witnesses a car chase, and then drives past one of the cars crashed into a tree, the driver unconscious. George transports him to hospital, leaving no details, and so changes his life.

On a family holiday two days later two men fail in their attempt to kill George at the beach. Without mentioning the incident to his wife, he returns home, acquires a revolver and starts driving. The other central characters are Bastien and Carlo, hitmen who relish their work, and murdered their moral qualms years previously.

Crime fiction is unusually suited to character study, instantly providing the circumstances that reveal the person. George, though, is oddly resistant to the procedure. Here’s an ostensibly ordinary man, if surly and uncommunicative, the victim of a misunderstanding, who finds it within him to cope with the situation in a manner beyond most people. Despite his capability, though, he stumbles from pillar to post with no real idea of what he’s doing until the closing act, and luck plays a significant part in his initial survival.

The late Jean-Patrick Manchette’s novel was written in 1976, and is extremely faithfully adapted by Jacques Tardi depicting the cars and technology of the day. He accentuates the mundane to spotlight George, who we’re told is of his time and place. The self-referential closing sequence would suggest that despite experiences that would shake most to the core, being of his time and place incorporates remaining static. It’s a desolate view of life, stunningly illustrated by Tardi, and sympathetically translated by Kim Thompson. Tardi delivers another with Like a Sniper Lining Up his Shot.

West Coast Blues was later combined with other Tardi/Manchette collaborations as the first volume of Streets of Paris, Streets of Murder.