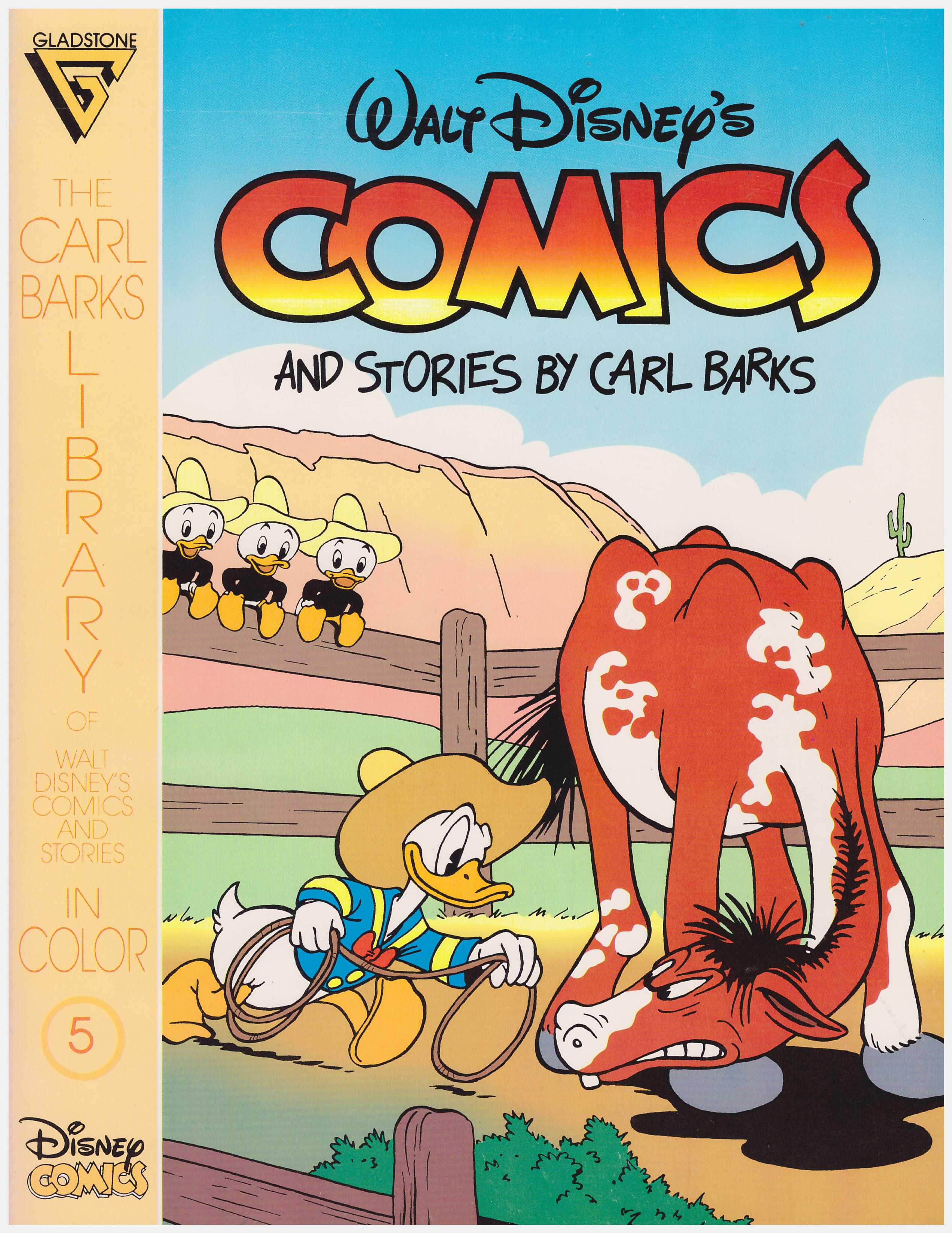 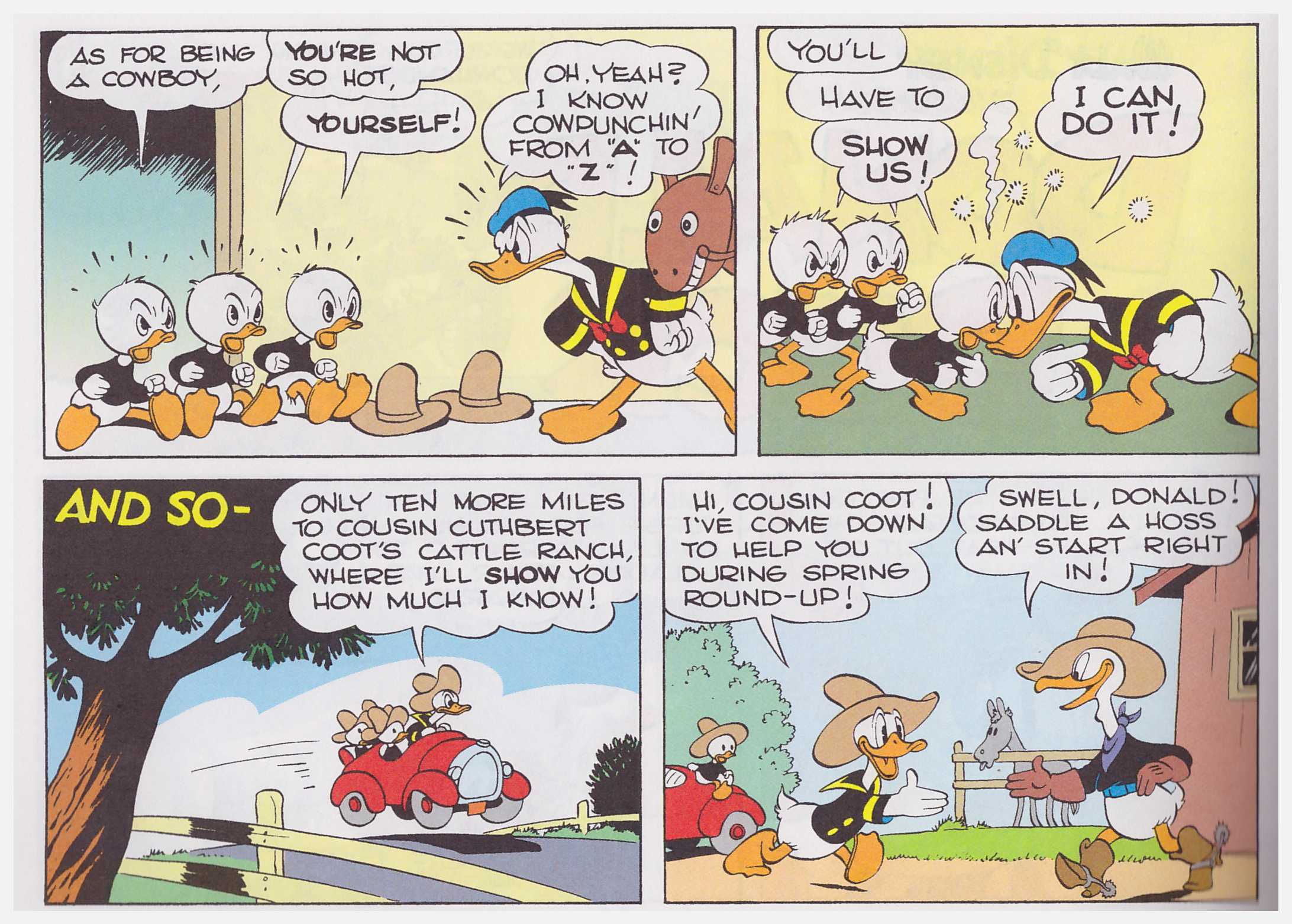 With the exception of an oddly lacklustre volume eight, pretty well any review of Carl Barks’ run of ten pagers collected in these volumes from this point could just comment that he hasn’t put a foot wrong in maintaining the extraordinarily high standard run of gag packed entertainment. Another 46 books follow, covering another 20 years of work. There may be a repetitive quality to the reviews.

A theme now controversial, commonplace when the stories were produced, is Donald Duck’s regular use of corporal punishment to admonish Huey, Dewey and Louie. The final story in this collection sees them beaten with a cane for stealing food from the fridge overnight, and it also has Donald insulting them as “slant-eyed nips”. The stories were produced in 1945 months before World War II ended. While not as jarring as material from other then current stories, and accepting the fallacy of judging behaviour in the past by contemporary standards, these elements still appear out of place in what are otherwise very ethically crafted tales. Throughout the series bad behaviour induces karmic reward.

It’s actually Donald filching the food while sleepwalking. He refuses to believe the truth when his nephews provide it, and resists all attempts to waken him during his nocturnal strolls. Barks’ solution is both funny and ingenious. Items going missing also feature in the opening story, which has Donald delivering a totally disproportionate response to deal with the culprit. There’s often a cruelty in the jokes Donald plays on Huey, Dewey and Louie. While the misfortunes of others is a frequent source of comedy, Barks’ strong sense of morality ensures that when Donald dumps his nephews from their rocking horse, his own efforts to tame a real horse embarrass him tenfold. Thankfully for the sake of the strips Donald never learns his lesson.

The best strip here involves a skating race, and showcases another of Donald’s undesirable characteristics, the desire to win at all costs. Barks adapts elements of the Tortoise and the Hare, and sets up some fine gags as Donald cheats his way through the course, then receives his come-uppance. 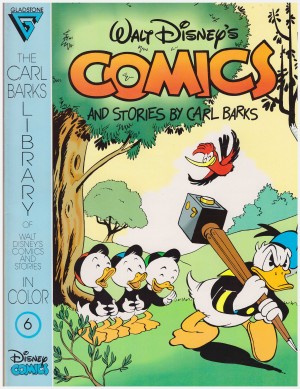 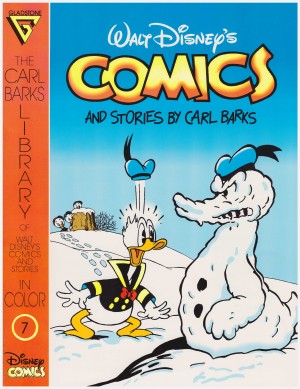 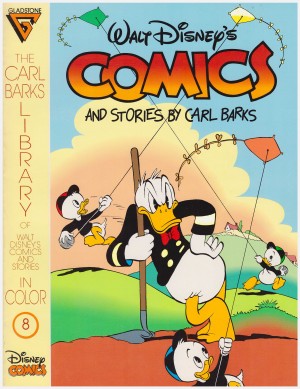 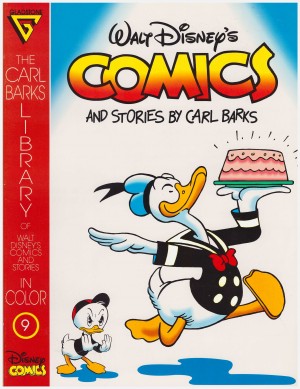