Walt Disney’s Comics and Stories by Carl Barks No. 6 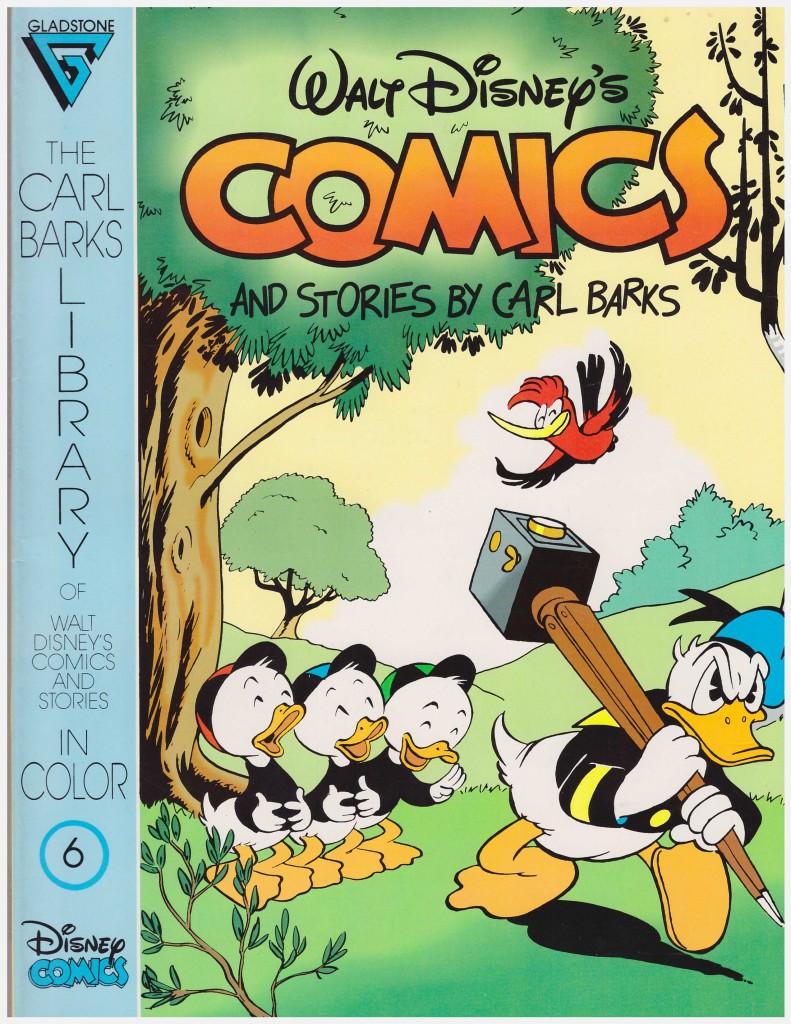 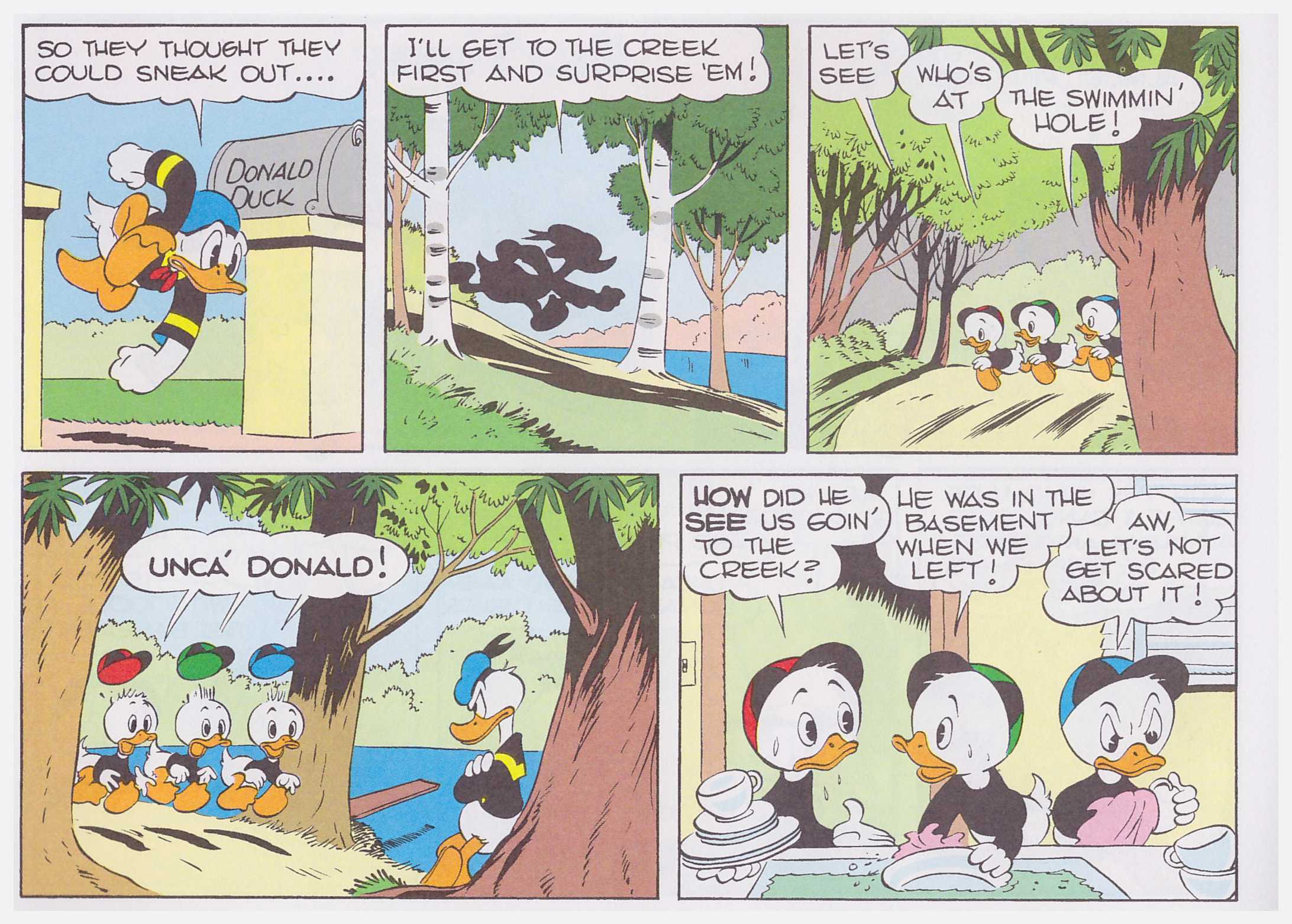 While all the stories here are gag-packed excellence, there remains an element of Carl Barks still experimenting with his storytelling. Artistically he’s not yet finalised the optimum style, still drawing Donald with an elongated thin neck. It looks awkward, and as he progressed Barks would avoid this look by shortening the neck and concealing it with an open beak or the collar of Donald’s tunic. There are also story elements Barks would later treat in a different manner. An earlier volume quotes him noting he tried to pack as many gags as possible into his planning so his problem became what to omit rather than having to add new material, and that’s very evident here with pages frequently formed from as many as twelve panels in order to pack everything in.

That’s all window dressing, though, as the foundation remains solid. The five regular stories feature Donald in over his head after boasting about his horse taming and photographic talents, developing a device for tracking Huey, Dewey and Louie, and deliberately sabotaging their attempts to be detectives. When push comes to shove, though, no-one is more concerned for their welfare than Donald, and he has no second thoughts about endangering himself when he believes they’ve fallen over a cliff top.

This book also has some bonus material, six pages of storyboards by Barks for a proposed 1938 animated cartoon of Donald and Gus Goose tired and thirsty as they travel across the desert. The illustration is already excellent, and the pacing is very similar to the early ten page comic stories Barks would start producing five years later.