Walt Disney’s Comics and Stories by Carl Barks No. 7 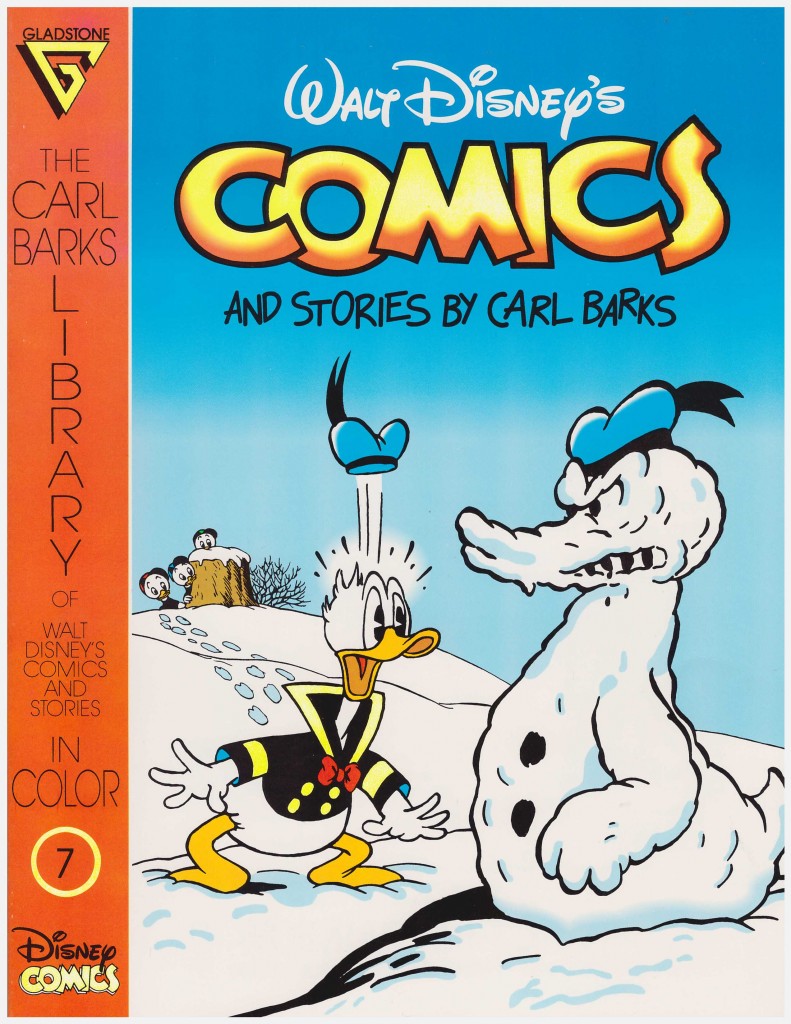 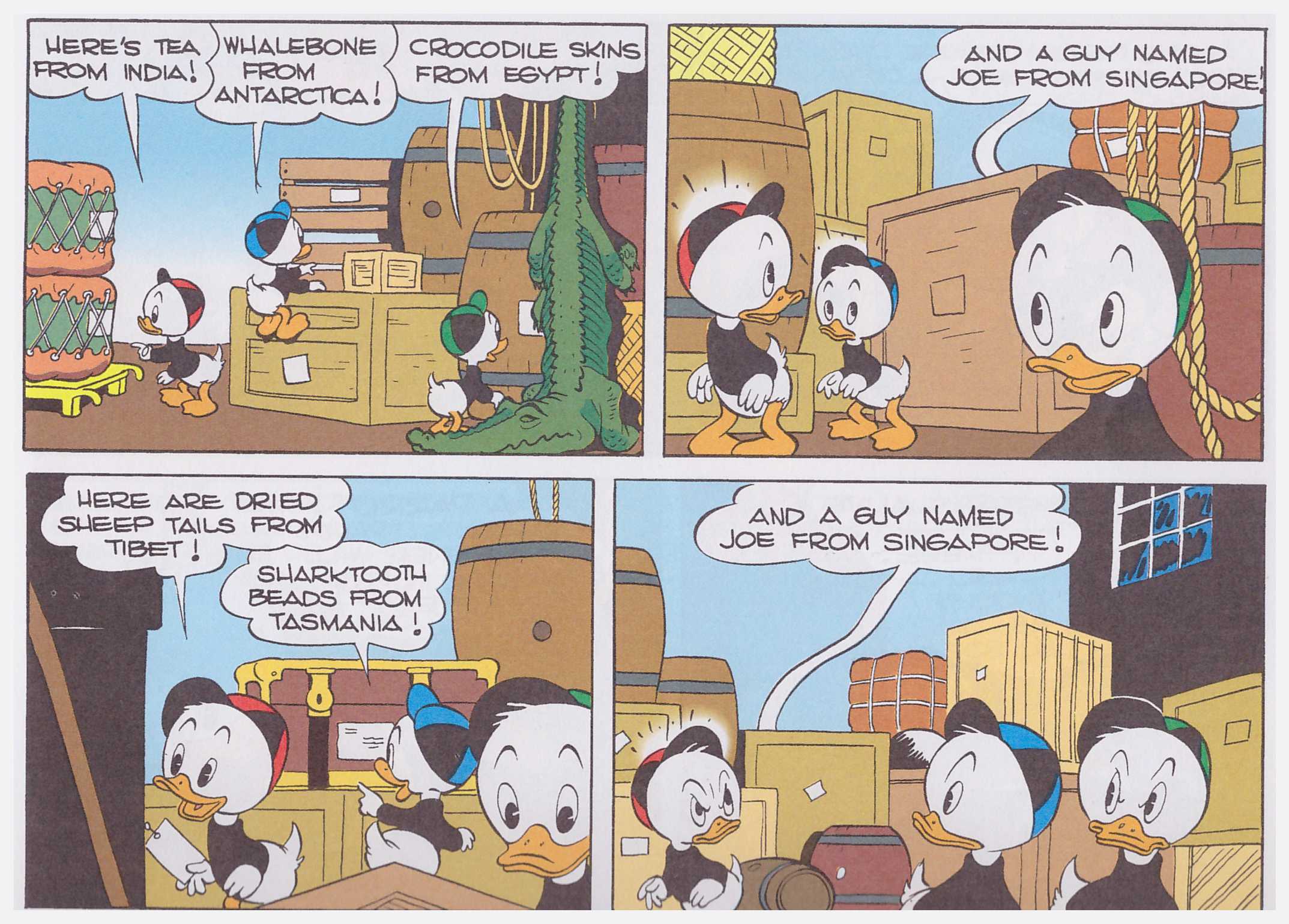 An introductory essay opening this volume notes consensus among Carl Barks fans that his truly great ten page stories are still a few years ahead of the 1945 and 1946 offerings here. It’s a harsh judgement on what are consummate slapstick stories, well plotted and superbly drawn. The rationale is that when Barks moved beyond animation roots to include satire and to broaden his cast the stories improved. So is satire somehow richer than slapstick?

In the first Donald Duck attempts water skiing, then he attempts to return a found $10 note. He makes a new year resolution to stop losing his temper, the kids secrete a mischievous parrot in the house, and he shows them ice-fishing. Barks is already varying his standby formats. Only two stories are hung on Donald’s utter confidence in his own competence, and one further has him chasing the kids around. Neither of the others fit the established pattern Barks had set for his stories to this point.

Donald seeking not to lose his temper is an inspirational gift for setting up gags, and Barks plays it to the full, starting with Daisy delivering a tantrum along the lines of Donald’s usual behaviour. He’s then put further to the test in an escalating series of aggravations. He laughs off Huey, Dewey and Louie’s snowman caricature, and merely tuts as a snowball crashes through his newly framed resolution statement. The provocation of course continues until the inevitable occurs, but Barks is clever enough to throw in a twist before the end.

The best of the bunch is Donald and his nephews’ attempt to return the $10 found in the street, with unpredictable consequences. If the moralising at the end is laid on a little too thick, it should be remembered that the original audience was infants and young children.