Walt Disney’s Comics and Stories by Carl Barks No. 8 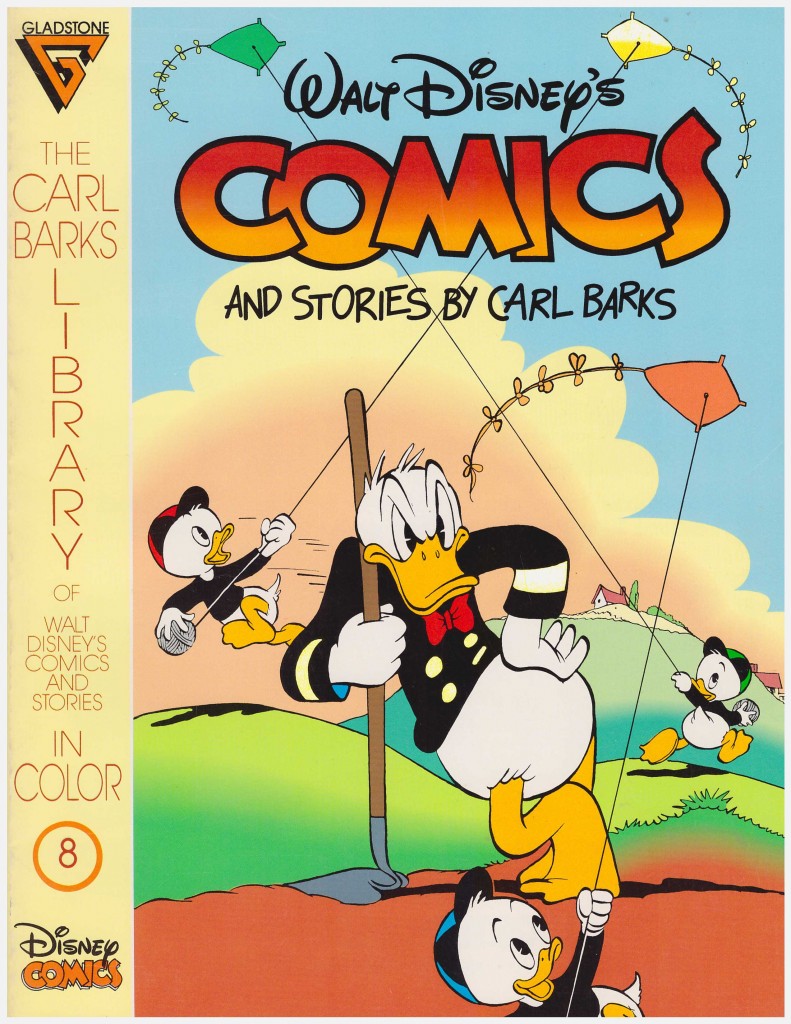 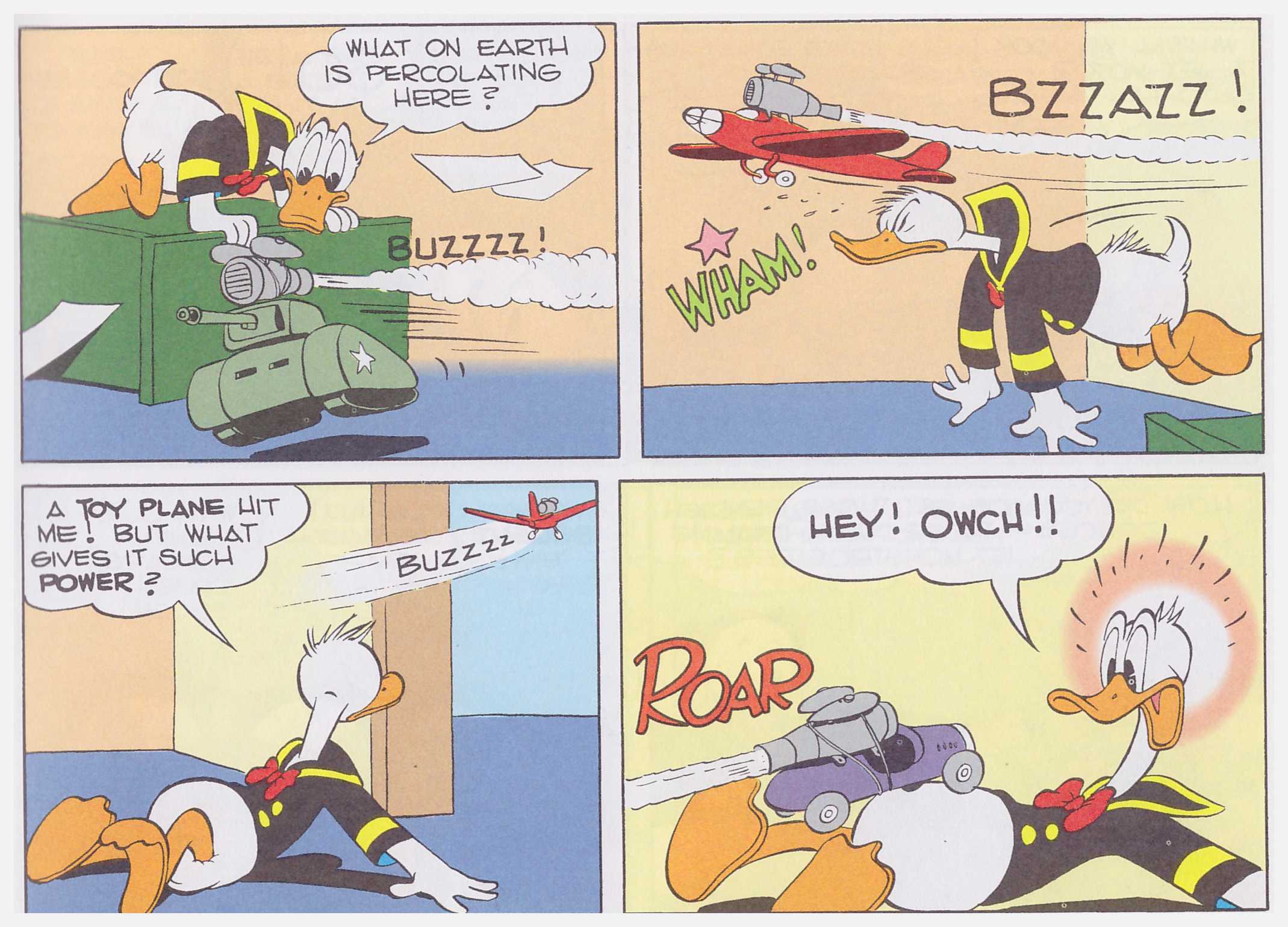 The first few months of 1946 appears not to have been a particularly inspiring period for Carl Barks. While the five stories reprinted here are professional slapstick material, the disciplined plotting that characterised the stories over the past couple of volumes has slipped a little.

The first story begins as the clash between Donald exhorting prudence in his nephews, instructing them to invest their money in a savings account and Huey, Dewey and Louie’s natural inclinations overcoming obedience as they pass a toy shop. After a predictable dressing down, the story veers off into the hinterlands literally and metaphorically, with Donald needing rescued.

The best of the bunch by a country mile is the final story in which Huey, Dewey and Louie challenge Donald to a swimming race, having already worked out a method of beating him that involves deception. Overhearing the plan, Donald conceives an even more devious method of cheating, and when the boys try a different ploy they learn their lesson. It features the broad streak of morality Barks always injected into his material. Cheats never prosper.

Of course, this being Barks the cartooning is top notch throughout. An indicator of mood is the eccentric characters thrown into the stories. There’s a bizarre professor, his long hair covering every feature other than his spectacles, and an even stranger caricature providing a date for Donald, named Miss Swansdown after 1920s screen heart-throb Gloria Swanson. Quite why she replaces Daisy as Donald’s date is mystifying.

This was a mere blip in the quality, which soars back up with next volume not to descend again for over a decade.