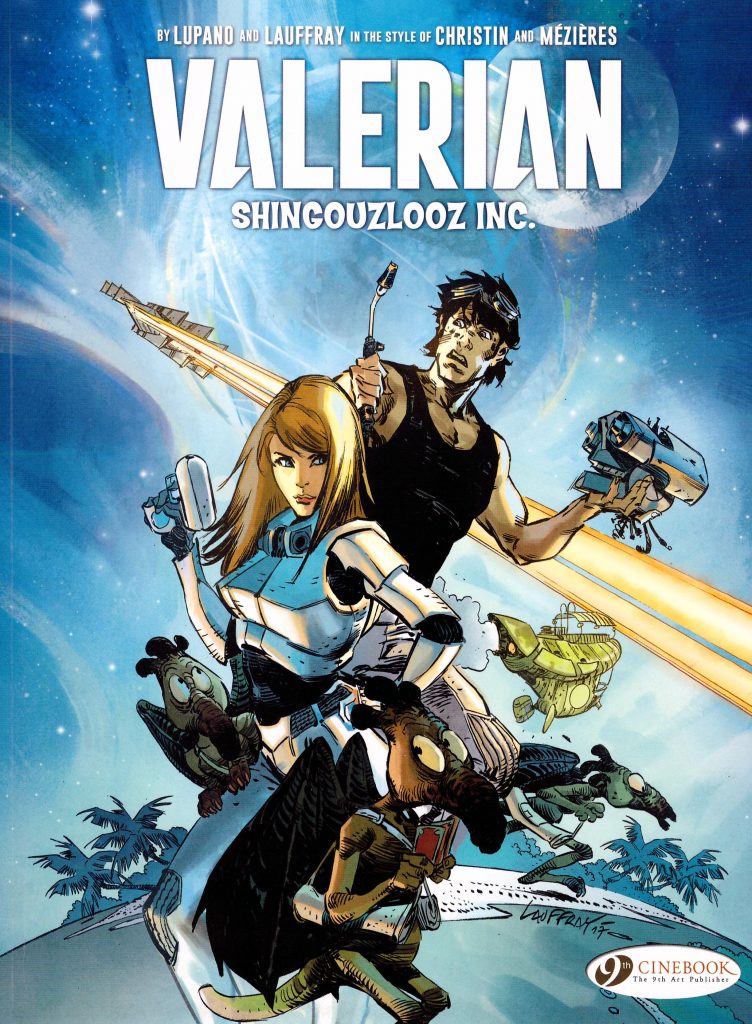 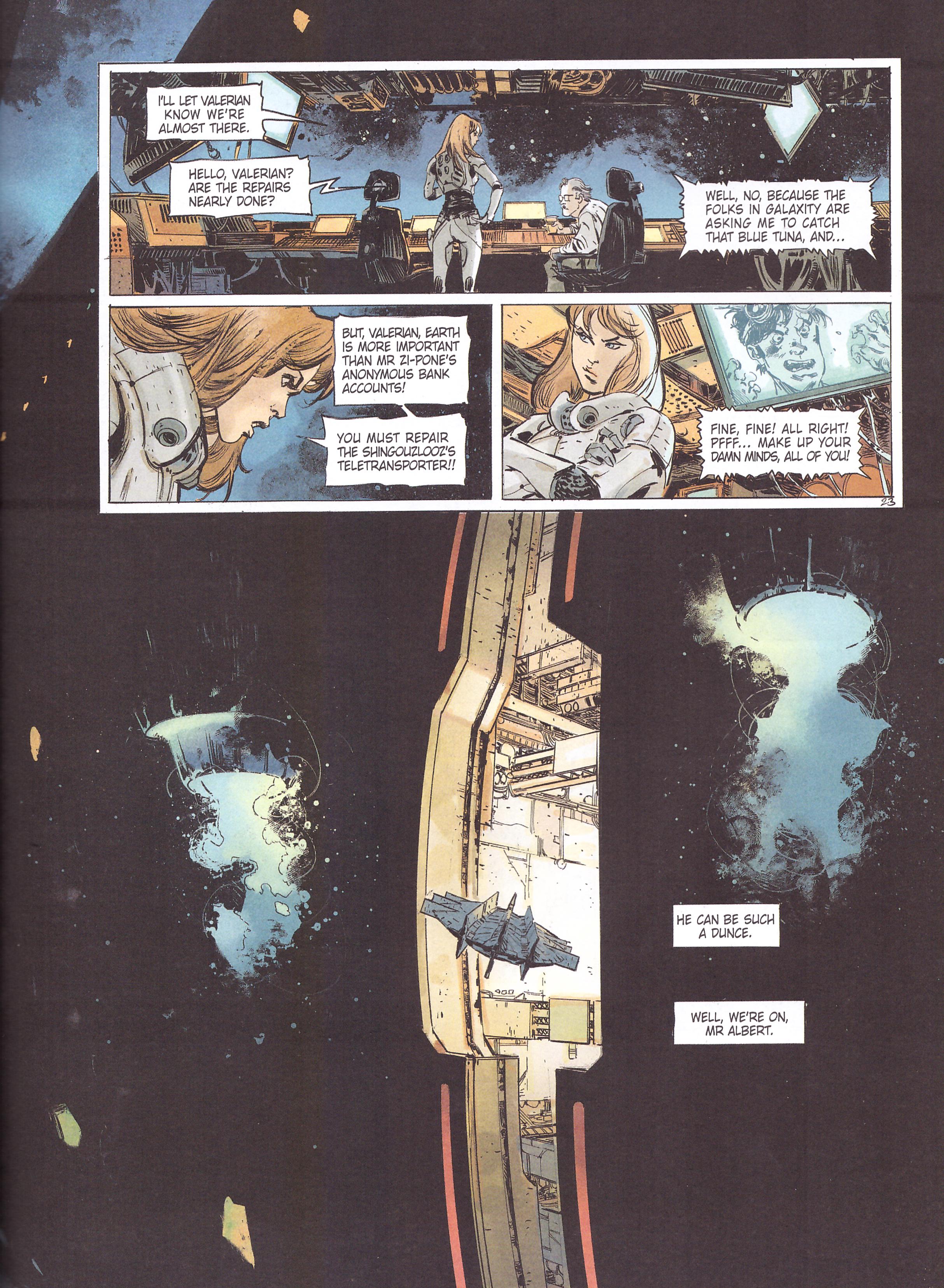 After almost fifty years on and off producing the adventures of Valerian and Laureline, and having reached a conclusion with The Time Opener, Pierre Christin and Jean-Claude Mézières bequeathed their creations to others. As France’s most influential science fiction series, there was no shortage of first rate writers and artists willing to take a shot. The one provision was any adventures were not to be continuations. The ending provided by the original creators would stand.

Wilfrid Lupano and Mathieu Lauffray have settled on classic era adventure, with Valerian and Laureline still employed by Galaxity to carry out protective missions around the universe.

Key to the success of Valerian and Laureline was Christin’s amazing conceptual sense, generating a constant flow of ideas, and combining that with an active social conscience. Lupano doesn’t quite manage the same conceptual density, but does match the tone, and throws in amazing ideas like an immense fleet of space whales capable of sucking up a planet’s entire water supply and transporting it to dry planets willing to pay a price. This is relevant as a company set up by mercenary traders of information the Shingouz has accidentally claimed Earth before any life evolved, after which the company was lost to Sha-oo the Dessicator who happens to control the fleet of space whales. It leaves Valerian and Laureline with two simultaneously imperative missions, as they also need to recover a twinned computer brain that could crash economies across the galaxy. And then a third crisis manifests.

Wisely, Lauffray doesn’t attempt to mimic the approach and style of Mézières apart from the occasional page layout, but is no less imaginative. His Valerian and Laureline have more defined features and are otherwise drawn more figuratively, perhaps necessary given one plot element concerning Laureline, and so much about the art takes the breath away. The way Lauffray defines the scale of the spacecraft on the sample art is magnificent, his colouring emphasising that, and similarly memorable images are found on other pages.

There is a greater comedic element to ShingouzLooz Inc. than to the primary series, but that’s perfectly within the bounds of individual interpretation, and once it becomes apparent how Lupano intends to tie together the assorted elements he’s introduced you’ll gasp in admiration. That equally applies to the twists he throws in, nicely foreshadowed once revealed, and if you want ambition, he supplies the origin of the human race. The bar has been set high for other creators who take on a Valerian and Laureline adventure. Lupano has built up a considerable bibliography since 2007 and only this and The Hartlepool Monkey have been translated into English. Maybe an enterprising English language publisher needs to look at his back catalogue.

One question remains unanswered. Cinebook corrected an injustice negating Laureline’s equal status in the series by adding her to the title for English translations, so why has the series title reverted to plain Valerian?