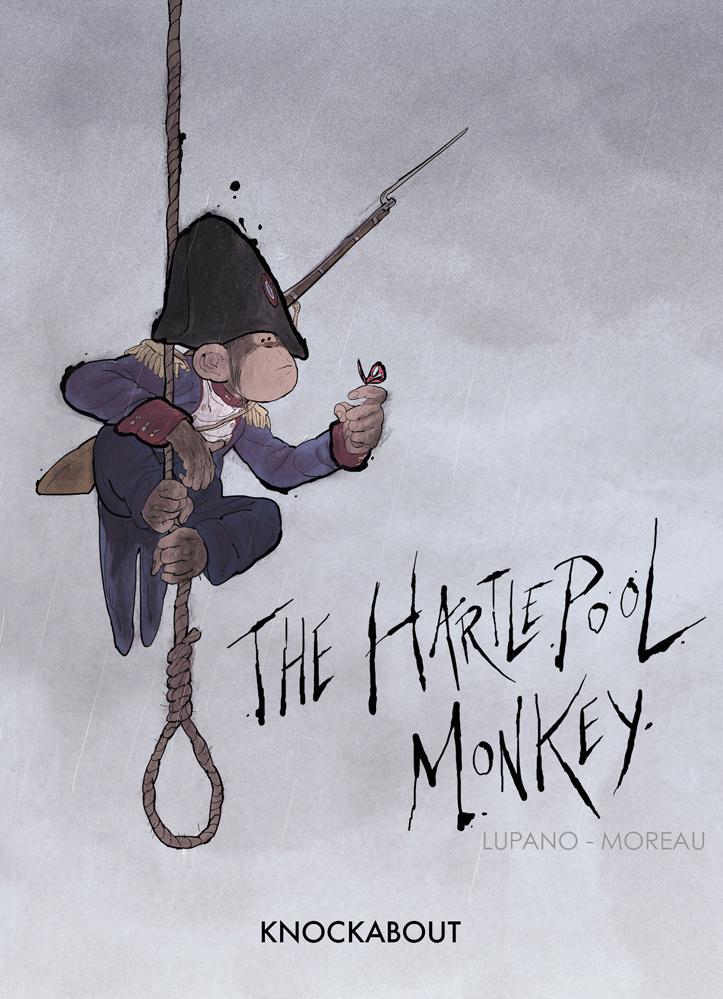 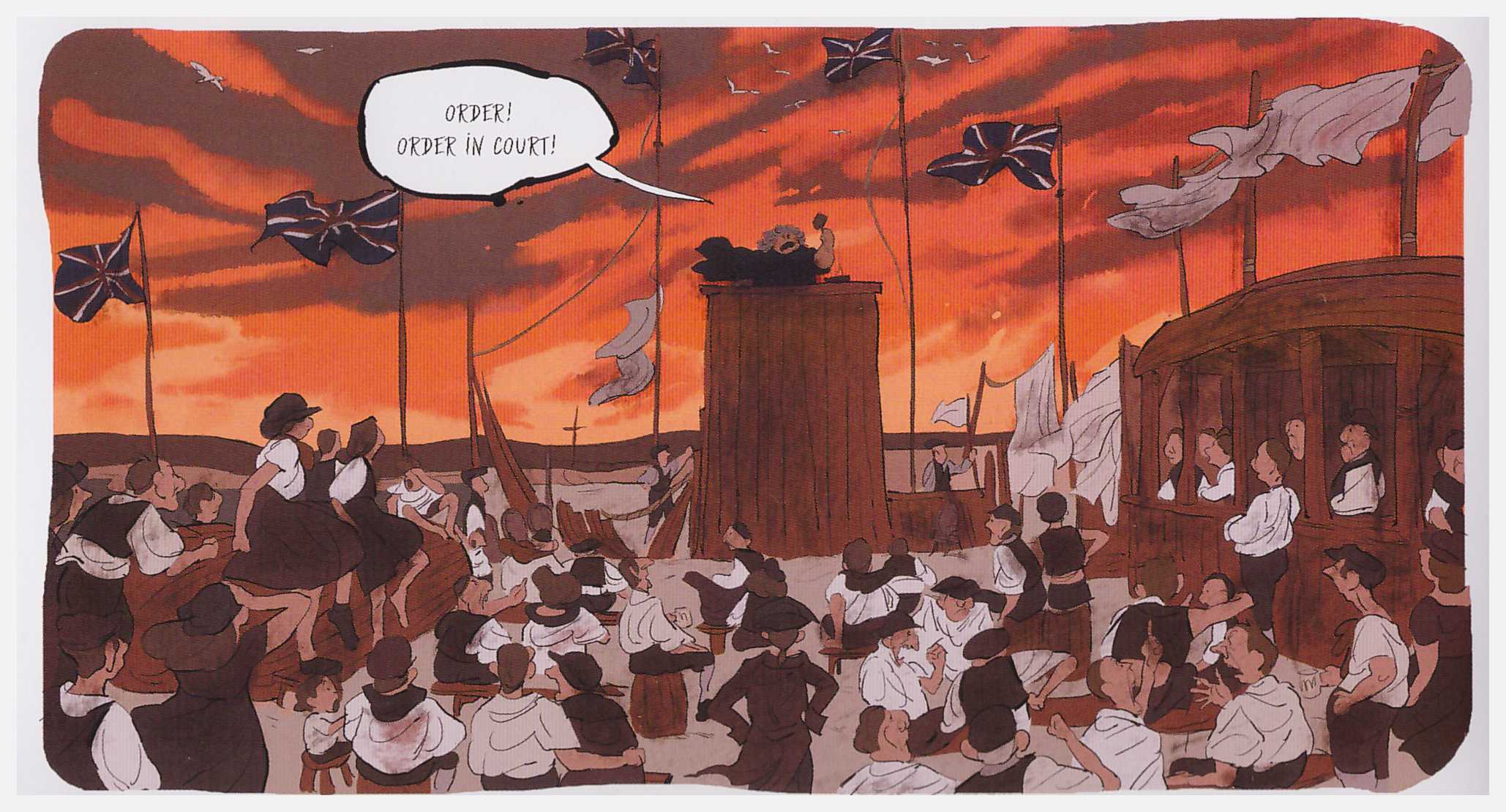 Time has eroded all but the basic facts of the legend around which The Hartlepool Monkey is spun. Sometime in the early 19th century during the Napoleonic wars the residents of the North-Eastern town spotted a French ship in trouble off their coast. It didn’t survive the storm, and among the wreckage washed ashore was a monkey, kitted out in French uniform to amuse the crew. In simpler times when fewer folk travelled, no-one in Hartlepool had seen a Frenchman, but knew they were demonised, mis-identified the monkey as an enemy combatant and hung it.

From these bare bones Wilfrid Lupano and Jérémie Moreau create a tale by turns charming, hilarious, pitiful and tragic.

It’s largely told by children, through whose eyes many of the events are viewed. The cabin boy on the French vessel had a Cornish wet nurse who taught him enough English to pass as a native. When he washes ashore after the storm, he’s discovered by Charlie, son of a visiting magistrate, and also involved is Melody, guardian of her grandfather, legless veteran of war against the French in Canada. These three between them have more common sense than all other Hartlepool residents combined.

It’s a timely story to relate in an era when migrants routinely arrive on European shores, when xenophobia isn’t just confined to Britain. That the assorted children overcome their misgivings to knock along together contrasts the adult attitudes.

Moreau’s cartooning has elements of Ronald Searle, with gangs of distinctive unruly children and their raging, possessed elders. It’s very appealing. The exaggeration has a solid basis, and his deliberately muted colour scheme serves well in suggesting the period.

This, though, is a slim tale. It entertains, but the expansive panels ensure a quick read.