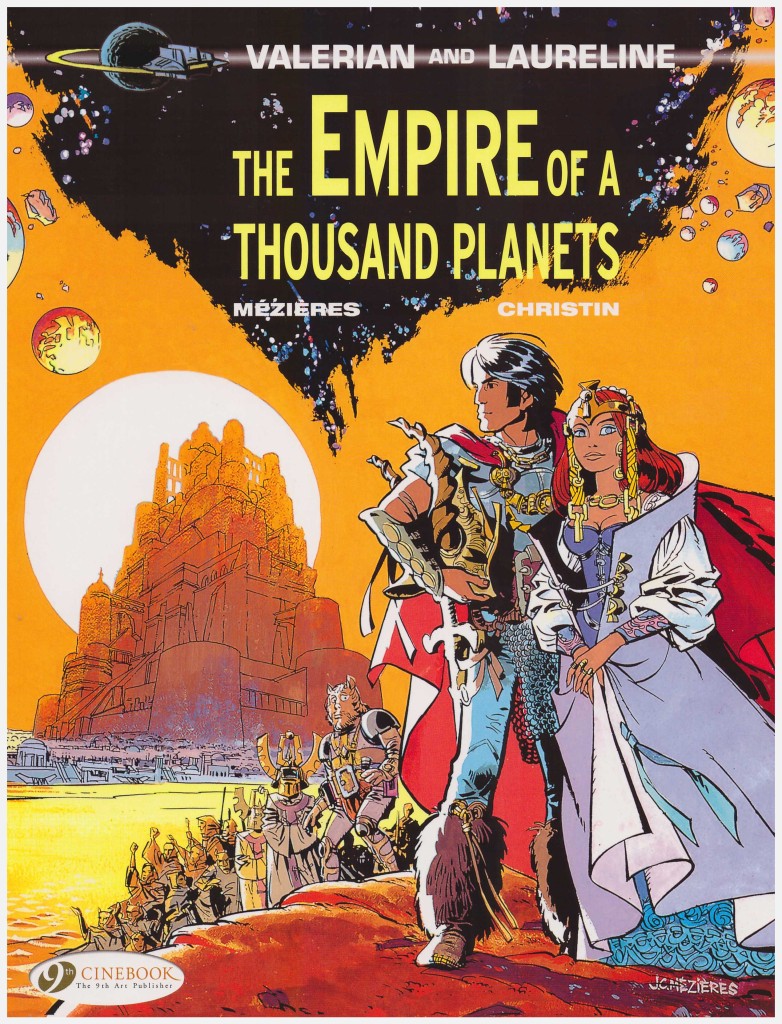 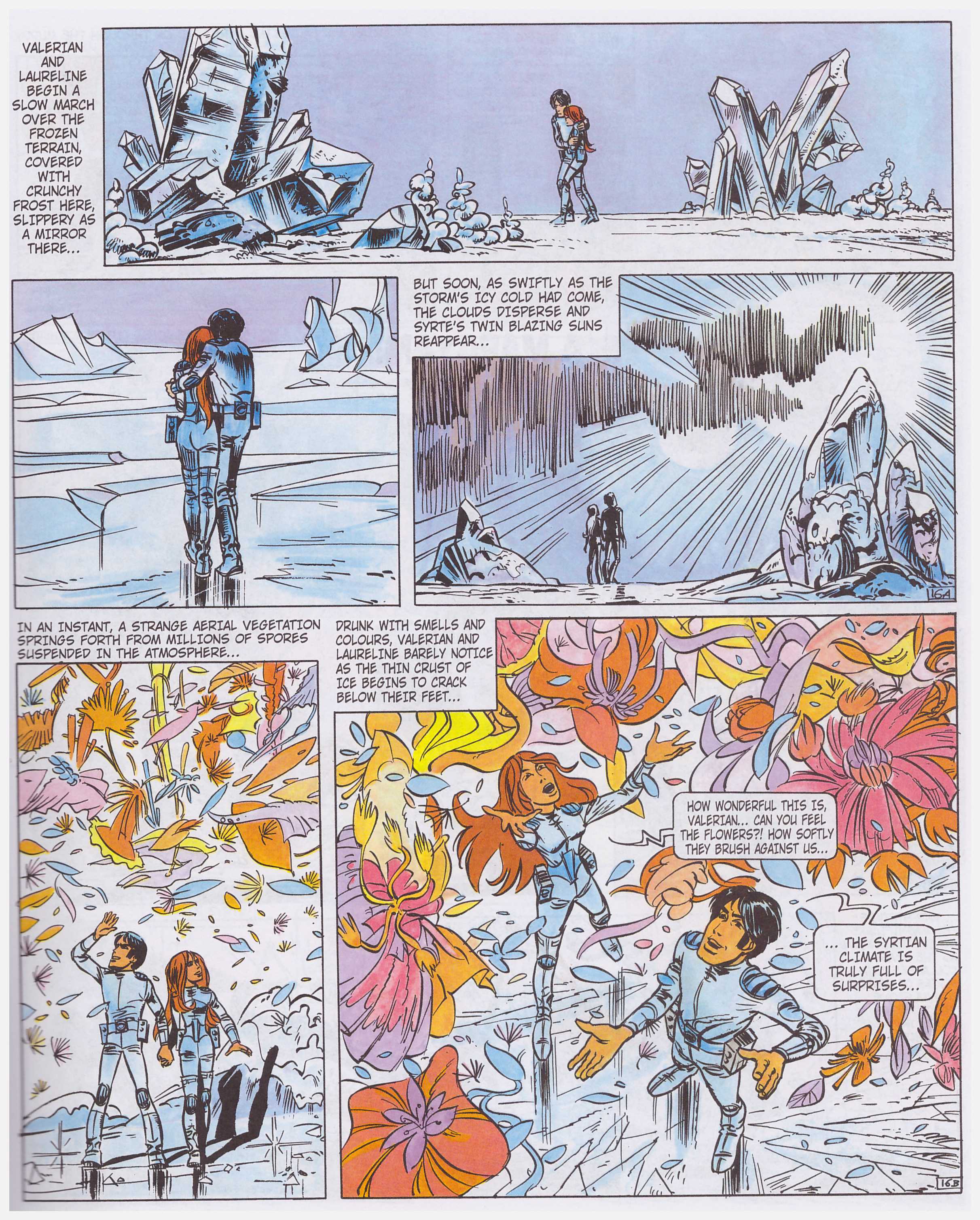 This second adventure of the agents from the Spacio-Temporal service improves on The City of Shifting Waters. Pierre Christin now has a firm sense of what the feature can be, has toned down the somewhat forced comedy, and broadened the scope.

We start with Valerian and Laureline travelling to Syrte, the world commanding that empire of a thousand planets. There’s a slight lapse of logic as despite the vast sphere of influence, their mission is to assess what to them is an unknown planet and whether it may be a danger to Earth. From there, though, there’s rarely a point at which the book is predictable. That’s some achievement for a science-fiction story approaching its fiftieth birthday, and Christin throws in several interesting ideas in passing, such as living jewellery, and the notion that entire species have an innate sense of time.

Valerian and Laureline discover that Syrte appears to be a society in decay, and the only real wealth and power is in the hands of the ornately masked beings referred to as as the Enlightened. Their task progresses to investigating these beings.

There’s also visual progress with less clutter about the art of Jean-Claude Mézières, although by his later standards these remain very messy pages, and while he’s still taking a cartoon approach to his depictions of the cast these have been toned down. No Jerry Lewis caricatures here! An editorial page in the back of the book attempts to draw comparisons between visual elements of Valerian and Laureline and Star Wars, but it’s rather strained. In fact one manner in which the strip has definitely dated is in its depiction of spacecraft, which are very much from the old American pulp tradition. Elsewhere there are artistic concessions to the period of creation with some 1960s effects. These, though, highlight how dull the colouring is elsewhere. Is it too heretical to suggest that the art be re-coloured? It does have one interesting and unintended effect, as it would suggest Valerian and Laureline are Indian.

Although a decent science-fiction adventure, The Empire of a Thousand Planets still has a lack of focus. A revolution occurs almost off panel, and the demands of originally serialising the book a little at a time in a weekly publication results in a stop/start flow, which is further hindered by far too much superfluous dialogue. There are, though, signposts to Valerian and Laureline’s future as towards the end Laureline gives a speech about the social conditions that ferment revolution.

Unlike their other series, Cinebook’s numbering is the chronological order for Valerian and Laureline, and The Land Without Stars is the next release.