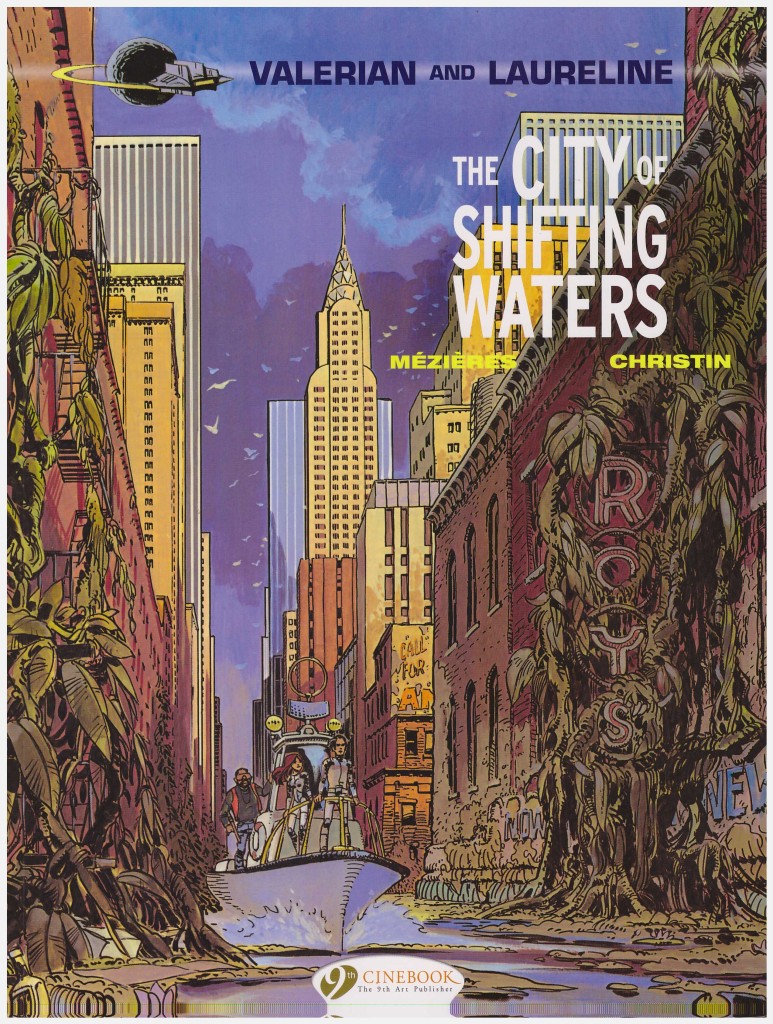 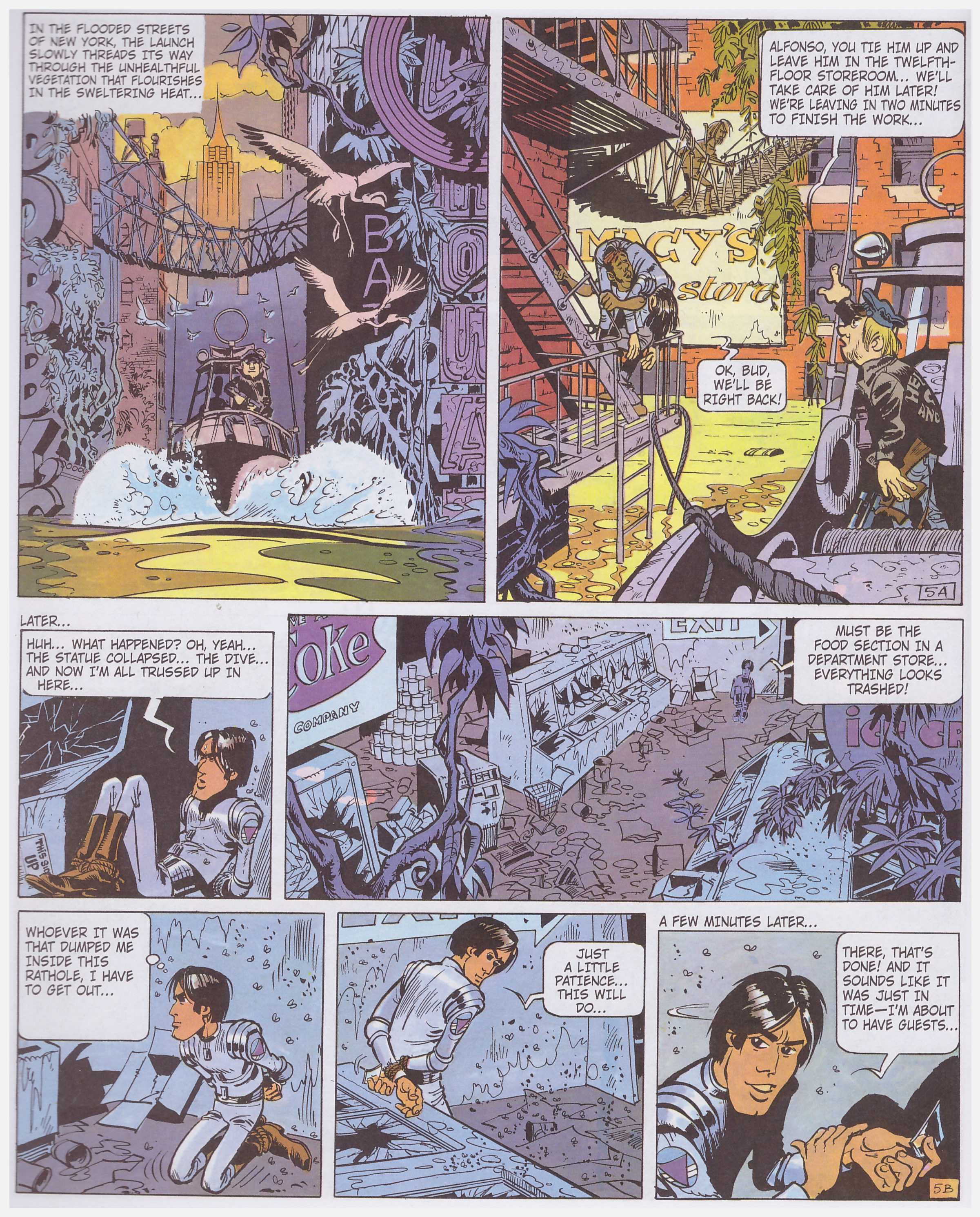 Valerian and Laureline are much loved in France, their graphic novels perpetually in print, generating sales in the millions, an animated TV series and a live action directed by Luc Besson due in 2017. Their reception when translated into English hasn’t been as enthusiastic, with the 1980s Dargaud editions sinking without trace, but Cinebook have been persistent, and this opening volume is now on its third print.

Unlike other long-running European series they publish, Cinebook are releasing Valerian and Laureline in chronological order, which is a very good idea. While any book can be read individually, they do build, and as the series continues writer Pierre Christin expands the horizons from the plain SF adventure of The City of Shifting Waters. It’s okay, but nowhere near as good as what follows.

Originally serialised in 1967, most of the book occurs in the future of 1986, accessed from even further ahead in time, the 28th century, when the Terran Galactic Empire operates a Spatio Temporal Service, for which Valerian and Laureline are agents. They’re tasked with ensuring that no-one goes back in time to alter the future, which is complicated by the period from 1986 until the 24th century being dangerous territory about which knowledge is limited due to lack of archive material. It’s known a hydrogen bomb destroyed the Arctic icecap in 1986, and this is where the dangerous Xombol has headed. First Valerian and later Laureline are transported back to a world of disaster unsure of what Xombul plans.

By later standards the art of Jean-Claude Mézières is cluttered, and his admiration for the work of Lucky Luke‘s Morris is very clear, but he’s also very imaginative, and already knows how to use a meticulously detailed view as a quiet moment to vary the pace of a story. Like Morris, he places cartooned figures over sketched, but gloriously detailed backgrounds, and peppers his work with caricatures, here casting Xombul’s captured scientist as Jerry Lewis’ Nutty Professor. His action sequences are kinetic blurs, with the passage of a hovercraft rendered in especially spectacular fashion.

Beyond Blake and Mortimer there was no great tradition of science fiction in European comics before Valerian, and Christin wholeheartedly embraced the culture whereas Edgar Jacobs sidelined it. The City of Shifting Waters is an imaginative look at a post-apocalyptic society, the cover depicting a flooded and almost evacuated New York, and while the later books would show a greater social emphasis, Christin is already giving considerable thought to the dressing that surrounds his plot. This is all the more remarkable for Valerian being only his second comic strip. On the other hand, what was imaginative in 1967 has now been seen countless times, and a scripting mistake is that Christin underlines everything. Better is to come, and the next book is The Empire of a Thousand Planets. Both are also provided as volume one of Valerian: The Complete Collection. 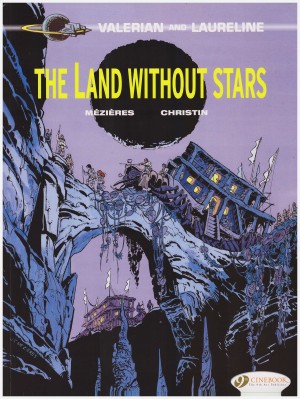