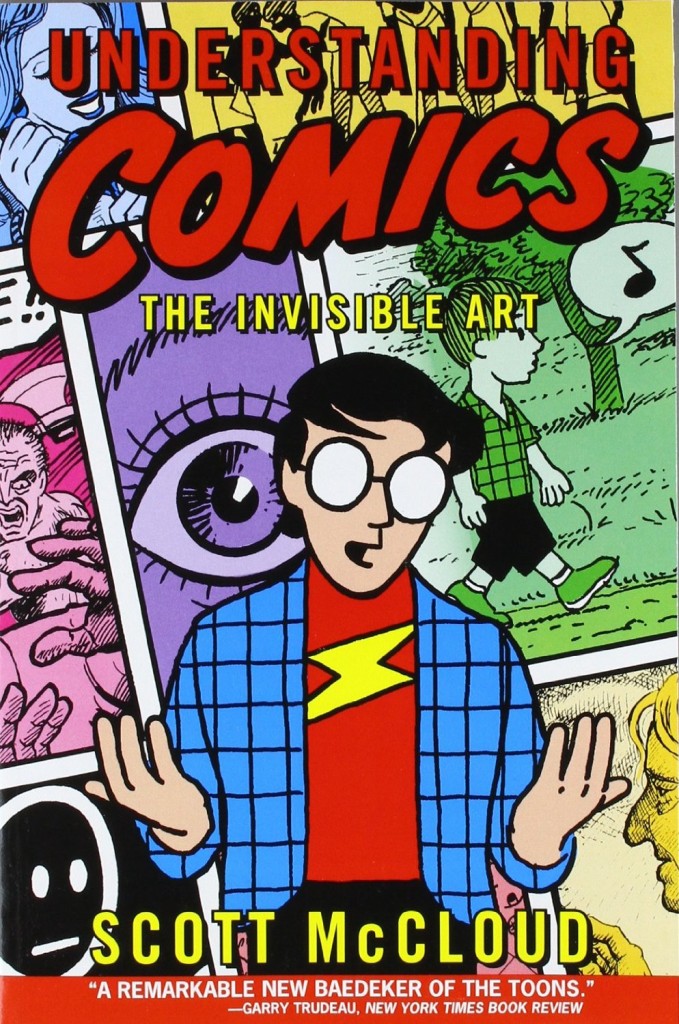 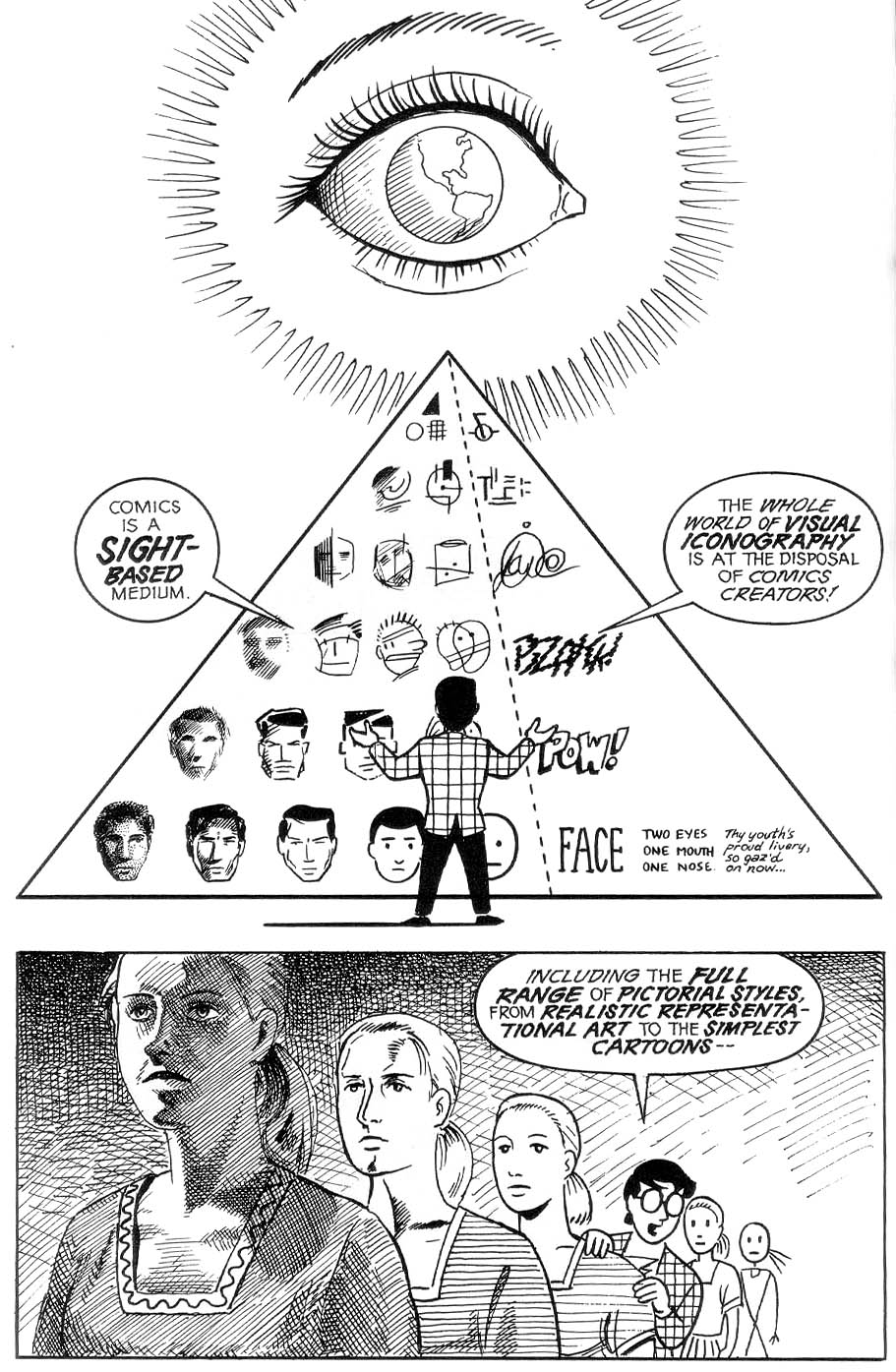 If you’ve been to a liberal arts college, you’ve probably been assigned to read art or media theory books that made you hate, in some combination, art, media, your professor, the written word and/or living. You’d think it unlikely then that a book of comics theory would become a widely-read classic while also being cover to cover entertainment.

Scott McCloud is no academic. Originally making his name in alt comics circles with his light-hearted superhero book Zot (and the hilarious one-shot parody DESTROY!!), McCloud started a parallel career as a thinker and innovator of tools and concepts that moved the art form forward. Among his inspirations are: the 24-hour comic challenge, Five Card Nancy (Google it), the original Creator’s Bill of Rights, and tools that establish him as a leader in the web comics arena. The man is a true inventor.

However, nothing else he’s done has had the impact of Understanding Comics: The Invisible Art, a book-length essay exploring McCloud’s ideas of how and why the comics medium communicates with the reader. While it wasn’t the first attempt to speak theoretically about the medium, it was the first that was drawn as a comic, making McCloud’s pages into simultaneous explanation and demonstration. Starting with the basics, asking “What is comics?”, chapters explore comics’ vocabulary of iconography, its unique intersection of time and space, the expressive properties of line and colour, the role of the reader – it’s heady stuff laid out with persuasive clarity.

Understanding Comics’ mark is its accessibility. McCloud draws himself in as a genial, clear-line narrator, laying out his train of thought while rushing from one panel to the next, repeating motifs, building charts and graphs, tilting and swirling and cracking jokes just to show he’s enjoying this as much as we are. What’s more, the ideas McCloud is working with land much more often than not. There are moments of not only sheer genius, but absolutely necessary block building for a healthy art medium to know about itself. McCloud tells us that Understanding Comics is the result of a lifetime spent thinking through these concepts and it shows. You’d be hard-pressed to find a comics professional who hasn’t thought deeply about its contents.

Its release sparked wide discussion, some controversy and if not created, it was at least the first “feature length example” of two (!) mini-genres – comics about comics and the comics essay. It’s now taught in most comics-as-literature college classes as ground-level text. Whether you’re a comics expert or novice, this book can enhance your appreciation of every work you read subsequently. In fact, if you read only this book, combined with Fred Van Lente and Brian Dunlavey’s The Comic Book History of Comics, you would have a solid foundation to approach the gifts of this medium.

The book isn’t flawless. Some parts are more solid than others, and there a few points McCloud now recants (if there were a Reinventing Comics theme song available, this would be the moment it would chime in). But Understanding Comics is comics theory going from 20 to 70 mph in one swoop and the results are kind of exciting to watch happen in the time it takes “Scott McCloud” to complete his ingenious lecture with well-funded multi-media effects. The book just works. It’s effective, entertaining and so optimistic, it’s practically buoyant. It’s a book that’s influence is still writing its insights into its own medium. Understanding Comics is not only required reading, it’s also a triumph.