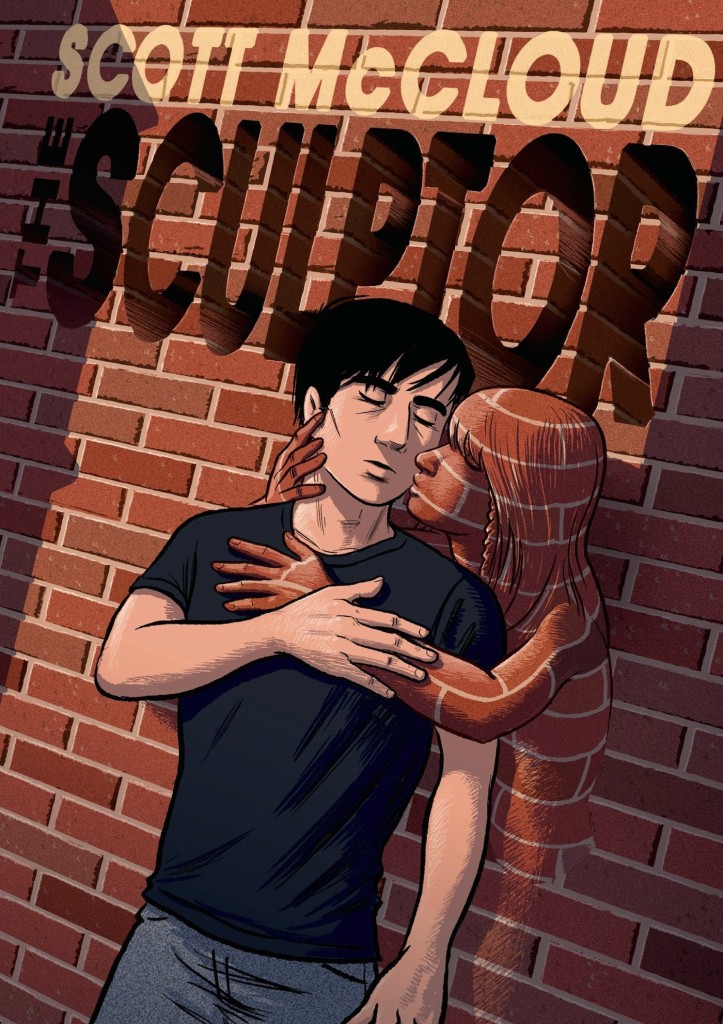 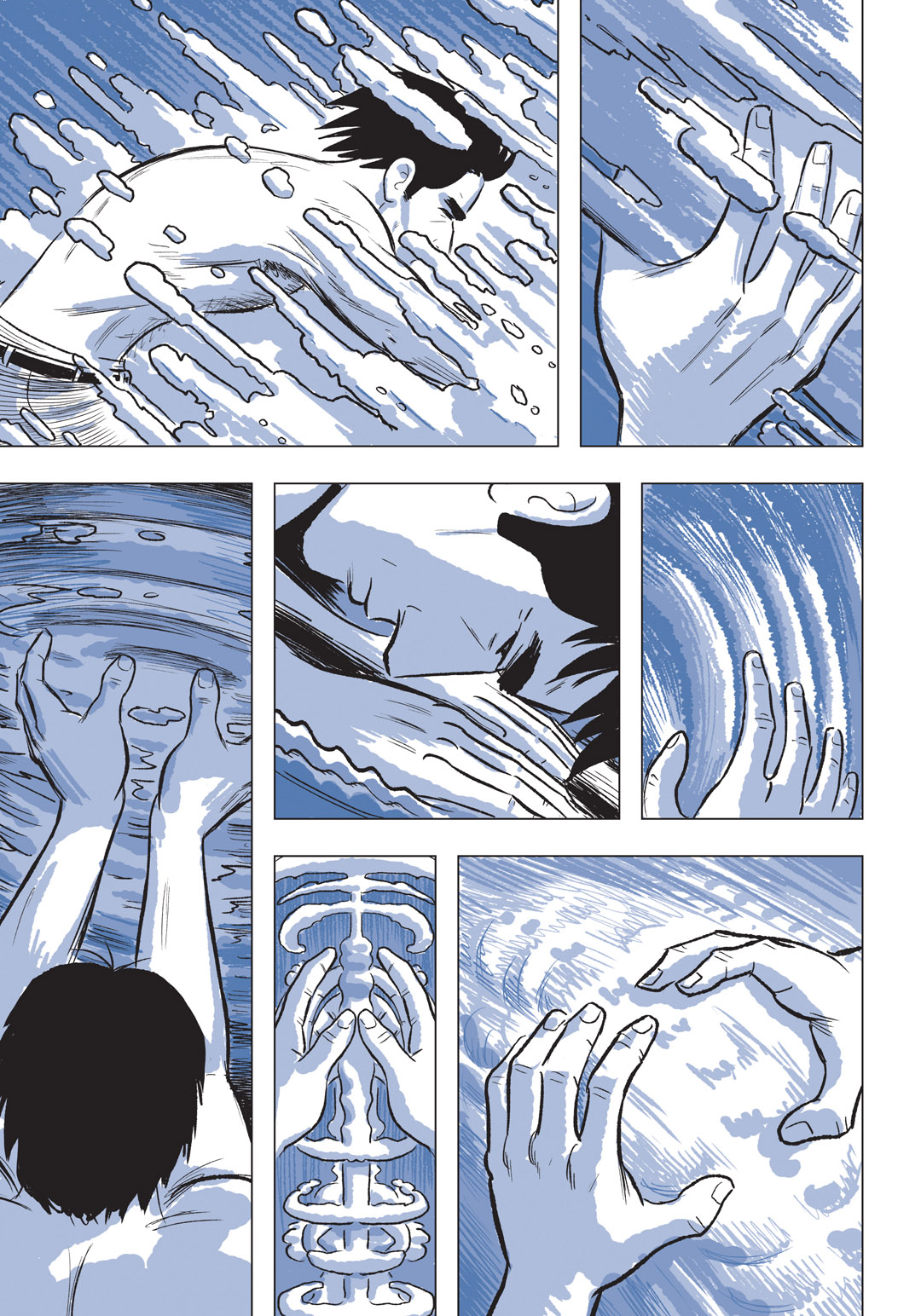 Scott McCloud is best known for his landmark non-fiction trilogy – Understanding Comics, Reinventing Comics and Making Comics – which interrogated the medium’s lineage, decoded its language, peered into its digital future and deconstructed the creative process, all in comic strip form. These insightful, engaging works made the esoteric accessible to enthusiasts, practitioners and laypeople alike. But McCloud is more than a theorist and teacher. He first came to notice with the delightful, gently subversive manga inflected sci-fi series Zot!, followed by the satirical cautionary tale The New Adventures of Abraham Lincoln in 1998. Well over a decade later, The Sculptor proves he can still walk the walk, even as he falters at the end.

David Smith is a young, self-absorbed and impatiently ambitious sculptor, who has hit a creative wall after being dumped by his benefactor, and is short on funds, friends and family. While brooding over his unfulfilled life in a Manhattan diner, he’s joined by the grim reaper, in the guise of his long deceased Uncle Harry, who presents David with an invidious choice. He could lead an average, contented life or he could be granted the ability to mould anything with his bare hands. The catch? If he opts for the latter, his life will end in 200 days. With little to live for except his art, David leaps at the chance to create something truly extraordinary that will leave his mark on the world.

However, life literally ambushes him in the form of Meg, an aspiring actress and angel of mercy who brings him hope, inspiration and finally love, but also carries serious baggage of her own. Forbidden to reveal his new super power to anyone, David sculpts the city in secret, becoming a Banksy-like figure, albeit one who does more permanent damage, which incurs the wrath of the authorities. Yet, despite his remarkable gift and with real life making ever-greater demands on his precious time, his sculptures are more provocative than pure, and his sublime artistic statement remains elusive. All the while, the clock is ticking.

For most of its length, The Sculptor is a finely crafted, keenly observed and immersive read. McCloud elegantly deploys every trick in his comics toolkit to tell a poignant, contemporary fable, marred by some clunky dialogue that detracts from a largely smart, acerbic script, and a climax that strives for the transcendent but slips into the trite. Thankfully it doesn’t overshadow the author’s greater achievement with the book.

McCloud brings a compelling complexity and delicacy to his characters, his world and his storytelling. Time is at the heart of The Sculptor’s narrative and the comics medium, and McCloud sculpts time like a dream: compressing, stretching and splintering it, creating split time streams, carefully capturing tiny instants and grand gestures, and filtering and focussing attention, to make every moment count. And his restrained artwork, with its scratchy, cartoonish naturalism and muted monochrome hues establishes a quiet intimacy with the reader; you almost feel like you’re eavesdropping on David’s life.

Despite occasional heavy handedness, The Sculptor tackles weighty ideas with finesse, candour and wit. Let’s hope we don’t have to wait another decade for McCloud’s next work.