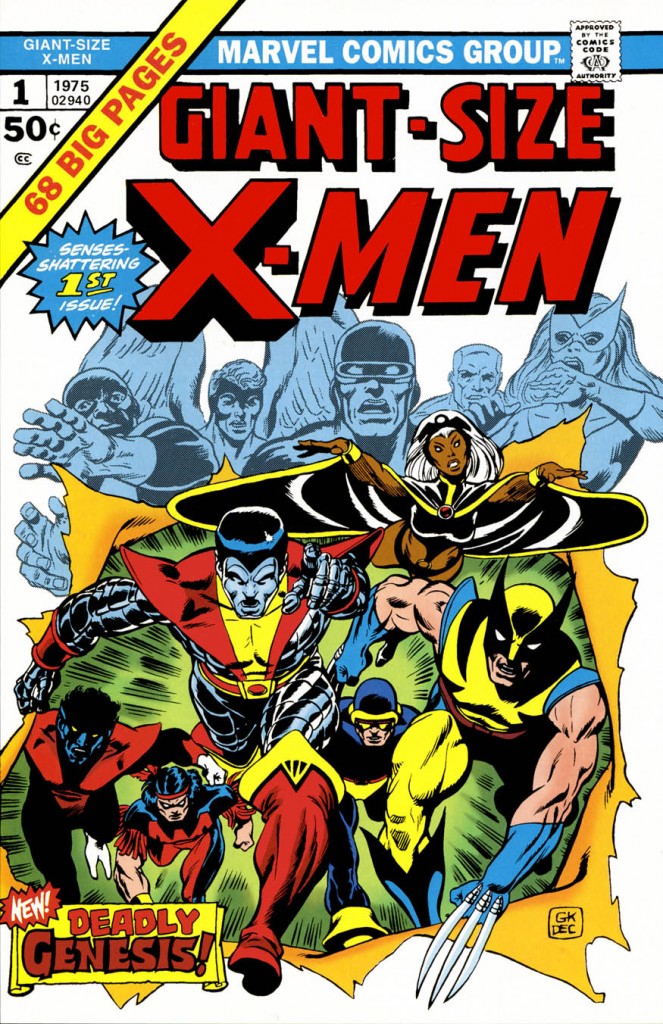 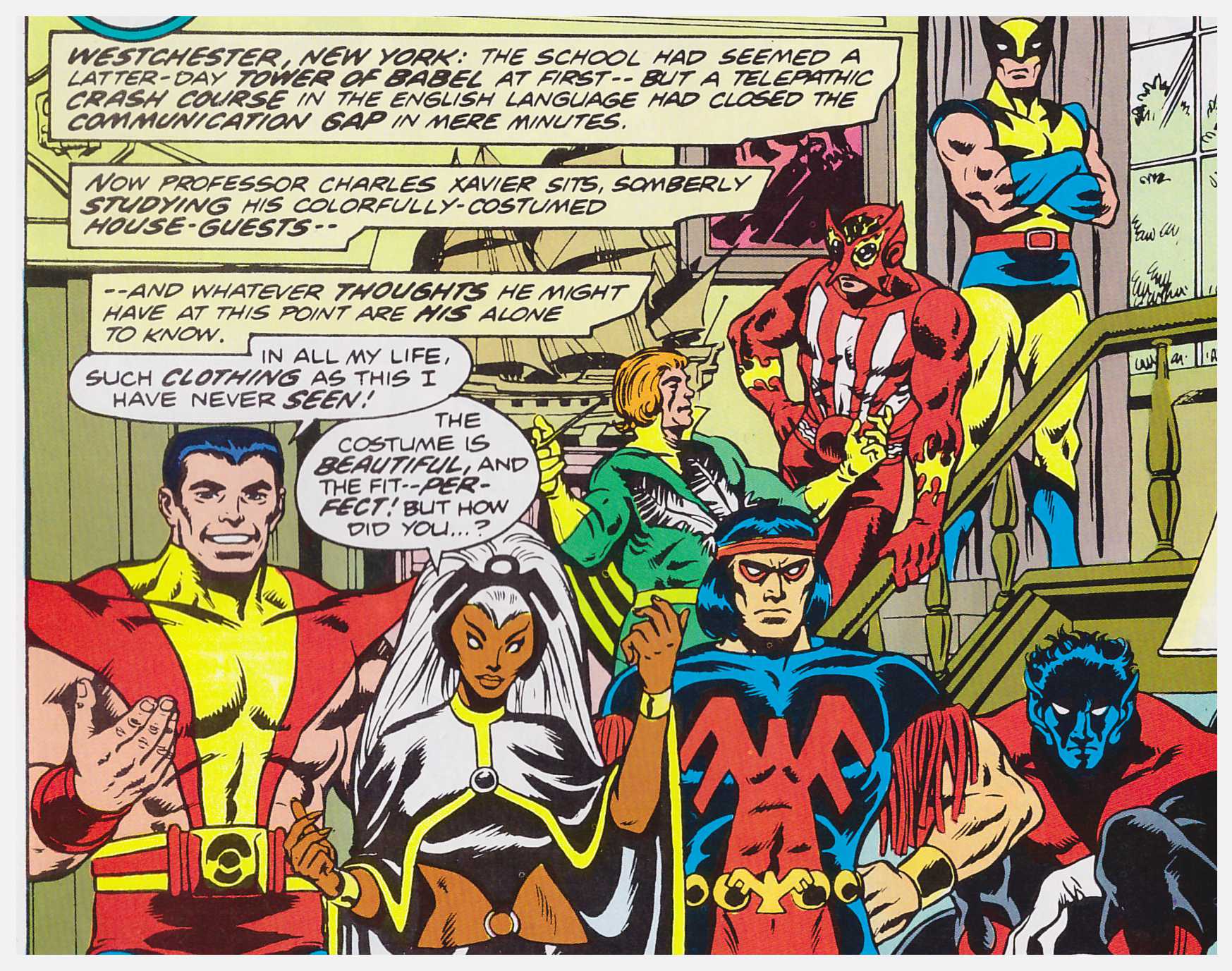 This has already sold through two printings despite the high price, which is easily explained. Compared with the equivalent cost of the material spread over four hardcover Marvel Masterworks volumes even at $80 it represents formidable value for a landmark series.

The X-Men weren’t always a towering commercial juggernaut. At one time they were a failed title, the franchise name perpetuated only by reprints of their earlier exploits, and what’s on offer here is the material that changed all that. Here are the introductions of Storm, Nightcrawler, Kitty Pryde, Colossus, Phoenix, the Hellfire Club, Alpha Flight, the Shi’ar Empire, Lilandra, the Imperial Guard, the Starjammers, and, um, Dazzler. There’s fantastic artwork from Dave Cockrum, John Byrne and George Pérez, plus a couple of chapters by lesser hands. And, most importantly, there are page-turning plots, seat of the pants action, and well-conceived characterisation. Oh, and guest stars galore: Ka-Zar, Magneto, Havok, Polaris, Luke Cage, Firelord, Beast, Sunfire and, um Jarvis, the Avengers’ butler.

It was Len Wein who re-introduced the X-Men, populating them with an international cast, several funnelled directly from Cockrum’s sketch books, but it was Chris Claremont who steered the team toward the globally known franchise they are today. With the exception of one rushed fill-in chapter he’s never poor, but he takes a while to find a level first of consistency, then a gradient of gradually increasing improvement. His first home run is the return of giant mutant-hunting robots, the Sentinels. A Christmas celebration for the global cast is interrupted, there’s a battle between new X-Men and old, a surprise for some escaping X-Men, and a nail-biting finale absent from the Marvel Masterworks edition collecting the remainder of the tale.

Cockrum really poured his soul into the pages, but wasn’t able to maintain the schedule publication deadlines required, and it’s with the arrival of John Byrne that the X-Men soar consistently. He rapidly progressed from providing fantastic art to plot input, and his collaboration with Claremont worked well for both, each prodding the other to more imaginative heights.

It’s fascinating to see characters well handled, yet in some cases almost prototypes of what they’d later become. Wolverine is uncompromising and surly, but his savage nature only really comes to the fore in the aptly named Savage Land, and with the fine tuning of his senses some plots here wouldn’t be possible today. Magneto provides a viable threat, imperiously dishing out two defeats, but hardly the complicated person into which Claremont developed him. A couple of team members don’t fit, and there’s a recognition of that, and the progress of Jean Grey is both fascinating, and, in hindsight, tragic. As far as foes go, with the exception of the Blob, all the best of the series’ first iteration appear here, one in heavy disguise, although the clues are planted.

The downside? As the book continues the writing is increasingly verbose and expository, but never to the point of intrusion, and there are two substandard fill-in issues among the 39 here. So, not much to complain about, really. Of more concern are the various printings. The first print, currently commanding the highest prices, had a glued spine with a tendency to split too easily. The third print uses thinner paper, so it’s the second print with both better quality paper and a sewn spine that’s the one to go for.

Alternatively the content is split over the first four Marvel Masterworks editions featuring these X-Men, and two volumes of the black and white Essential X-Men. Volume two follows with more Claremont, Byrne and Cockrum magic.