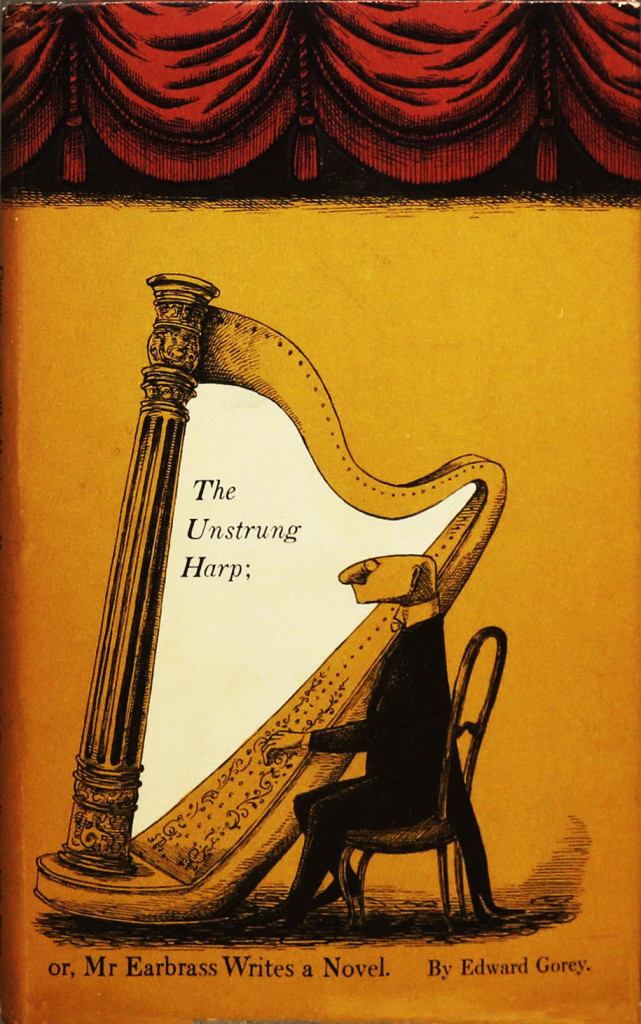 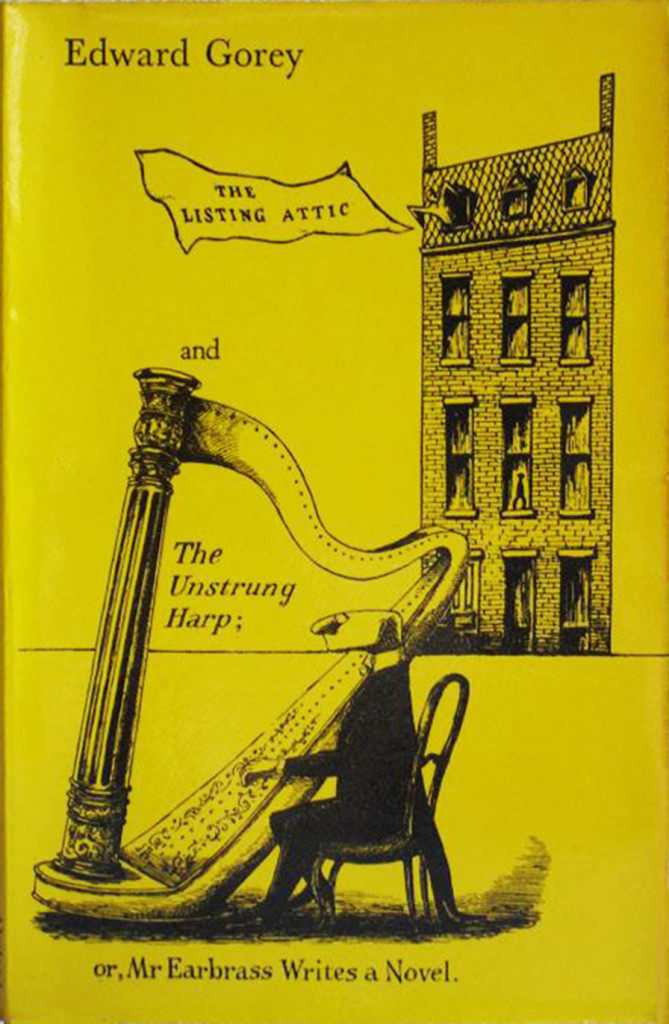 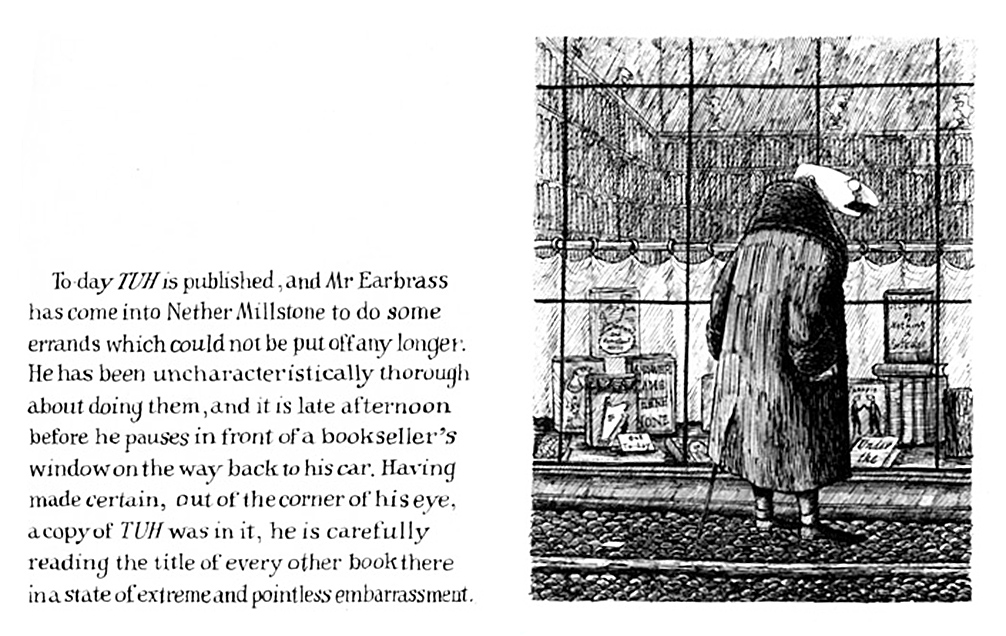 The first book to be both written and illustrated by Edward Gorey was The Unstrung Harp, published in 1953. It introduces the neo-Edwardian settings that Gorey would use for all his fiction, but unlike any of the books that followed, this one has considerable amounts of text accompanying the very detailed illustrations. It also lacks the Grand Guignol content that Gorey would become famous for via The Gashlycrumb Tinies. Instead it’s a slow-burn of a book that uses a steady build-up of incongruous details to create its effects.

Clavius Frederick Earbrass, the author of ‘The Truffle Plantation’, ‘A Moral Dustbin’, ‘Was It Likely?’, the ‘Hipdeep trilogy’ and other books, has begun writing his new novel. The title is “selected at random from a list of them he keeps in a little green note-book”. He is finding the process very trying and spends much of his time brooding, despairing or superstitiously working through various writing rituals to help him produce his text. Gorey’s beautifully intricate drawings show the author wandering around his fancy home near the village of Collapsed Pudding, drinking tea, gazing out of a window, sitting in the bath, featuring a lot of crosshatched penwork but with a slightly looser line than later books. The pictures, like the text, have a vaguely parodic feel, pushing at the edges of how a conventional narrative would work.

“The first draft of TUH is more than half finished, and for some weeks its characters have been assuming a fitful and cloudy reality. Now, a minor one named Glassglue has materialized at the head of the stairs as his creator is about to go down to dinner. Mr Earbrass was aware of the peculiarly unpleasant nubs on his greatcoat, but not the blue-tinted spectacles. Glassglue is about to mutter something in a tone too low to be caught and, stepping sideways, vanish.”

Gorey’s world of archetypes and pastiche creates humour from the possibilities for ‘slippage’ that occur when rigid formality and constrained, genteel language is used to minimise or repress unpleasant or horrific things. Imagine a Henry James short story illustrated by Harvey Kurtzman, perhaps. The jokes are buried in the text or located in the gap between what the pictures show and what the words express. If this intrigues you, his work will definitely reward your curiosity.

Edward Gorey hand-lettered every word in his books himself, which is a big part of their idiosyncratic style. However in recent editions of The Unstrung Harp, Gorey’s lettering has been replaced with typeset text. This terrible decision robs the book of much of its charm (including an uncorrected spelling mistake on page 30). If you’d like to read it the way it was supposed to be seen, you’ll have to pick up an older edition. The Unstrung Harp has been reprinted so often they’re quite easy to find. You can also find the original version collected, along with fourteen other works including The Gashlycrumb Tinies, in Amphigorey.