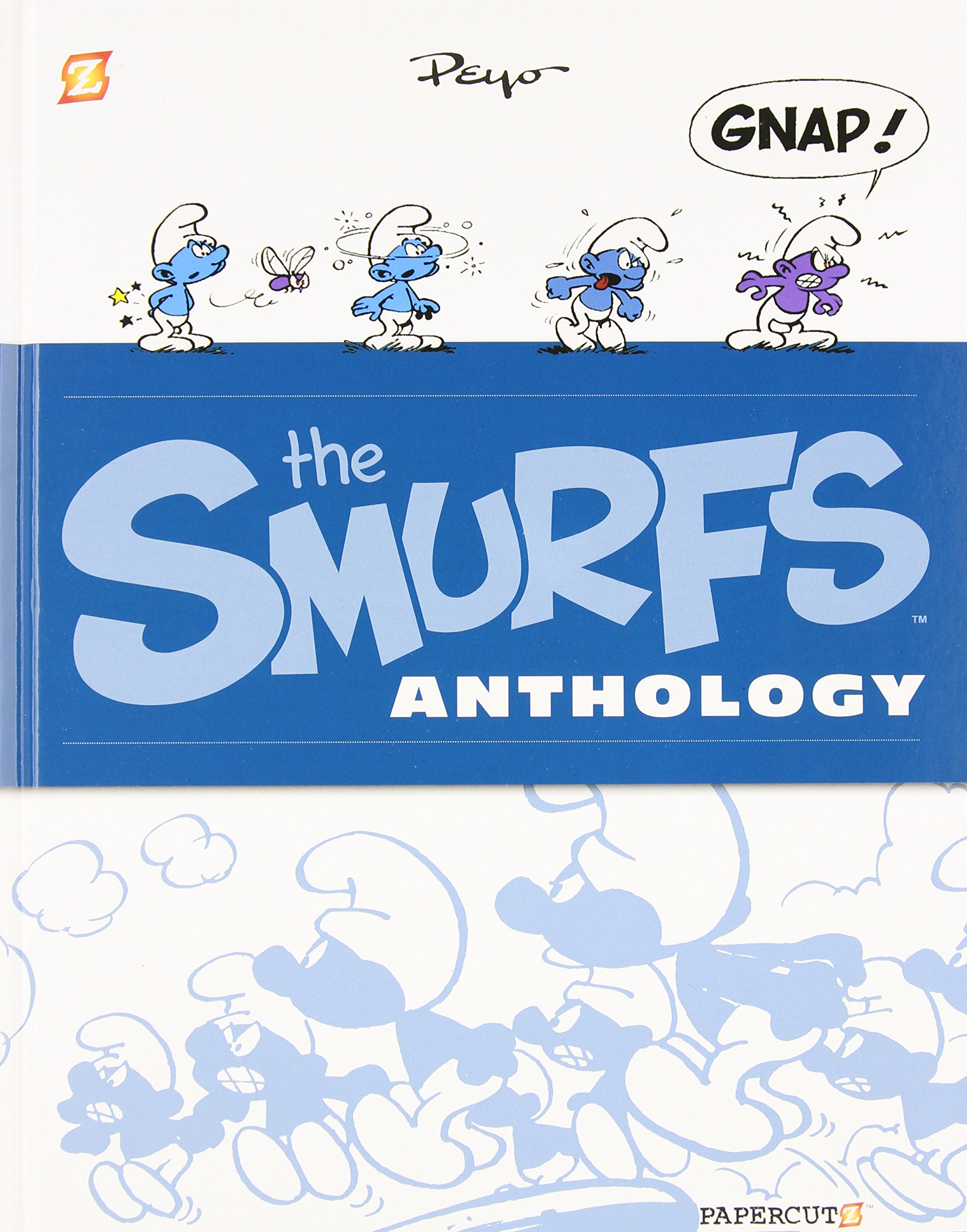 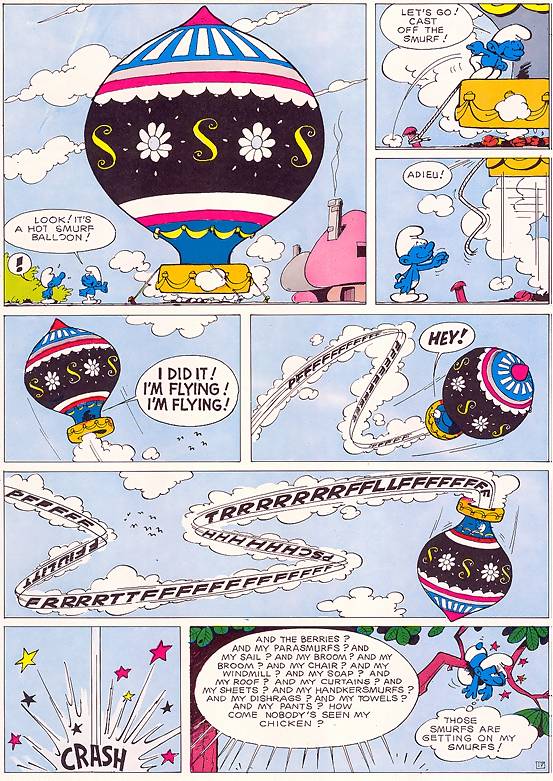 This opening volume in a series of hardcover re-presentations of the Smurfs stories collects most of the first three Smurfs paperback editions. It resequences them in original publication order, so starting with the content of The Purple Smurfs and following with The Smurf King, while relegating their 1958 début in The Magic Flute almost to bonus material. That’s because it’s actually part of another series, Johan and Peewit, and as such differs in tone, being the adventures of a medieval page boy and his younger assistant.

About three apples high was Peyo’s astute description of his small, blue elf-like creatures, not too far removed from Disney’s dwarves with their distinctive caps. They’re rarely seen by others, live for centuries in their small community, and substitute the word ‘smurf’ for assorted verbs and adjectives, which can become tiresome, although has delighted children for decades.

While Peyo’s lively and detailed art is great from the first page, the plotting took a little longer to settle into a groove, and there’s a noticeable escalation of quality from the opening tale of a Smurf being stung by a mosquito and then infecting other Smurfs. In isolation it’s okay, well drawn, lively and eccentric, but comes across as plotted on the hoof, making the most interesting aspect that the aggressive infected Smurfs are coloured black in Europe. An article explains why they’re purple in the USA, which amounts to asking why anyone should be offended if that can be avoided.

‘The Flying Smurf’ from 1963 is far better, with a series of well-planned slapstick gags, and ‘The Smurfnapper’ introduces evil, but none too effective wizard Gargamel, the Smurfs’ greatest enemy. He’ll be seen frequently during the series, but with diminishing returns, and he’s rapidly back in ‘Smurfony’, actually a slight step down. The longest story here is ‘The Smurf King’, requiring only a two word description: Donald Trump. Considering Peyo and Yves Delporte wrote the story in 1964, the similarities in character, 2016 US election campaign and resulting reign are astonishing. Even taking it at face value without the parallels it’s a sharp piece of satire on humanity in general, and contextualised by an article that notes the inspiration as Adolf Hitler’s rise in Germany.

For all the growing accomplishment of the strips, without Peyo’s mastery of cartooning they’d surely be a footnote. His characters are busy, and he packs the panels with activity, wonderful objects and beautiful landscapes. The art is seen slightly better at the larger size, but there’s a disappointing deception for anyone looking forward to experience the otherwise very good Smurfs translations from Papercutz in an oversize format. Although the page size is now almost that of European albums, the actual size of the artwork hasn’t been greatly expanded from the small pocket sized editions. Even given the difference in proportions between European sized pages and standard US sizes there’s still a massive amount of white space surrounding the art, and there appears no good reason for this.

Bonus features include other contextualising articles and reproductions of the original French language album covers, which differ considerably from the far simpler Papercutz editions. 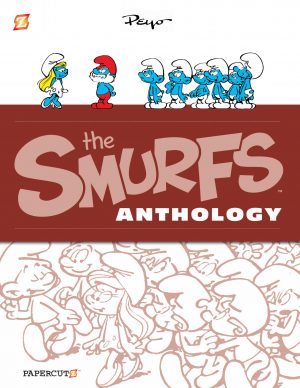 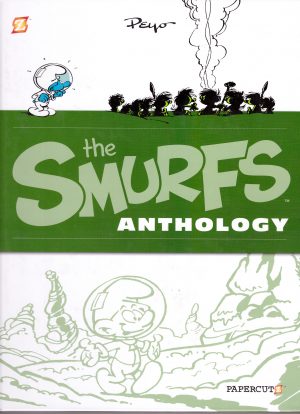 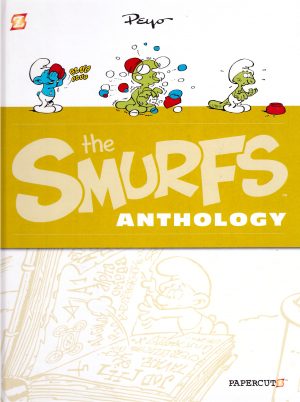 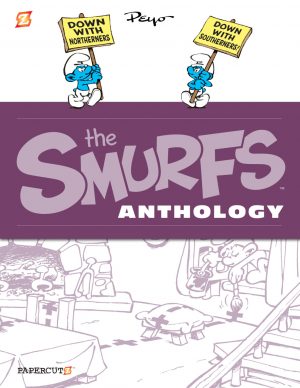