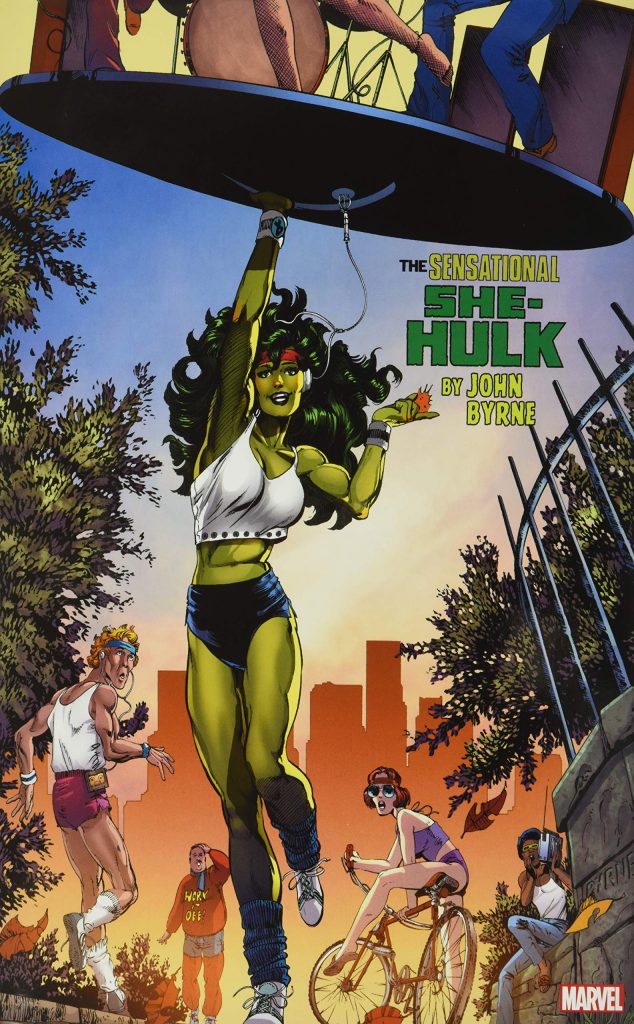 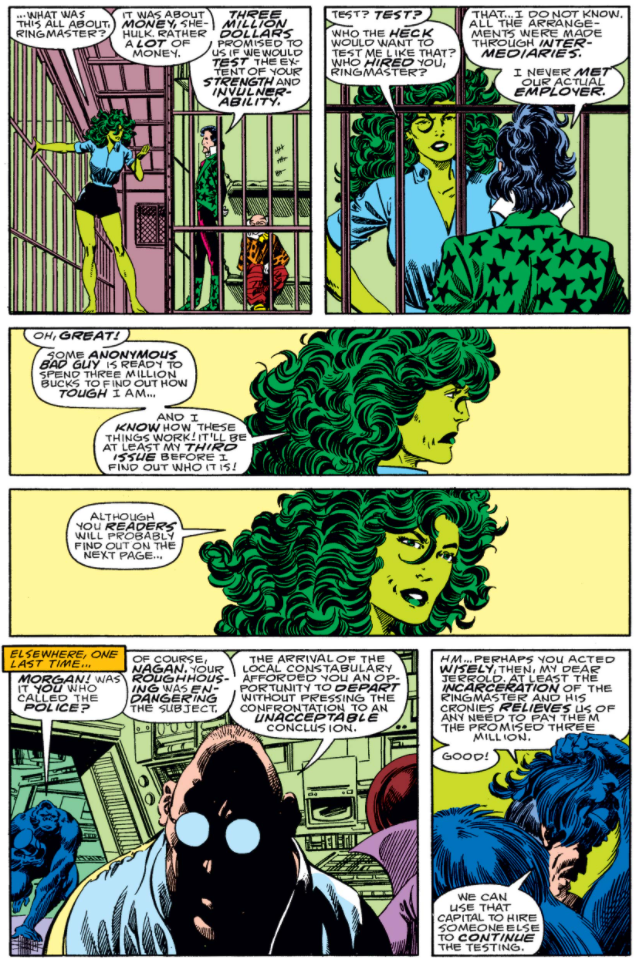 She-Hulk, cousin of Bruce Banner who, through contrivance, inherited his powers as the Hulk, is these days sufficiently popular that she will be getting her own TV series in 2022. A lot of this popularity must be owed to John Byrne. Whilst the character had an indifferent start, Byrne brought her into the Fantastic Four, wrote a graphic novel for her to star in, then a few years later launched her second solo series, and returned to that series a couple of years after that. This Omnibus collects all that solo material together, every She-Hulk story Byrne wrote between 1985 and 1992.

It’s pleasing to see the graphic novel, The Sensational She-Hulk, included, as that has previously been neglected, only being collected in Women of Marvel: Celebrating Seven Decades. However, whilst substantially better than any other She-Hulk tale published up to that point, it is by no means essential. The characterisation is strong, but the plot is nonsensical, and at times Byrne is too lascivious in the attention he pays to She-Hulk’s body (a fault that mars a lot of the art here). Overall, whilst it’s clear that he wants to do something with She-Hulk, Byrne hasn’t yet decided what.

By the time of her solo series, Byrne had a much better idea. She-Hulk becomes a character fully aware of her own role within a comic, who breaks the fourth wall to talk to the readers (see sample image). Byrne has enormous fun with this concept, and with bringing back a series of bizarre and ridiculous characters from Marvel’s vaults. These are really enjoyable stories, and the highpoint of this collection.

Byrne’s return to She-Hulk was not as successful. There are a couple of highlights (a Christmas story revisiting the supporting cast from her first run is rather lovely), but a lot of the energy that invigoraed his first run had dissipated. The joke is starting to wear thin, and the readers’ patience with Byrne’s endless ‘ironic’ cheesecake depictions of She-Hulk wearing even thinner. Byrne himself seems quite bored with the whole thing by the end, though he does manage to leave on a nice story, which also gives an opportunity to a number of other artists to send themselves up, showing how they would approach She-Hulk.

Byrne’s art is what it always is – often dynamic, full of beautiful women, but with the occasional slide towards blandness. There’s nothing quite as good here as his best Fantastic Four work, but none of it is bad. The result is a nice enough collection, but unless you’re a Byrne or She-Hulk completist, The Sensational She-Hulk by John Byrne will give you all you really need.