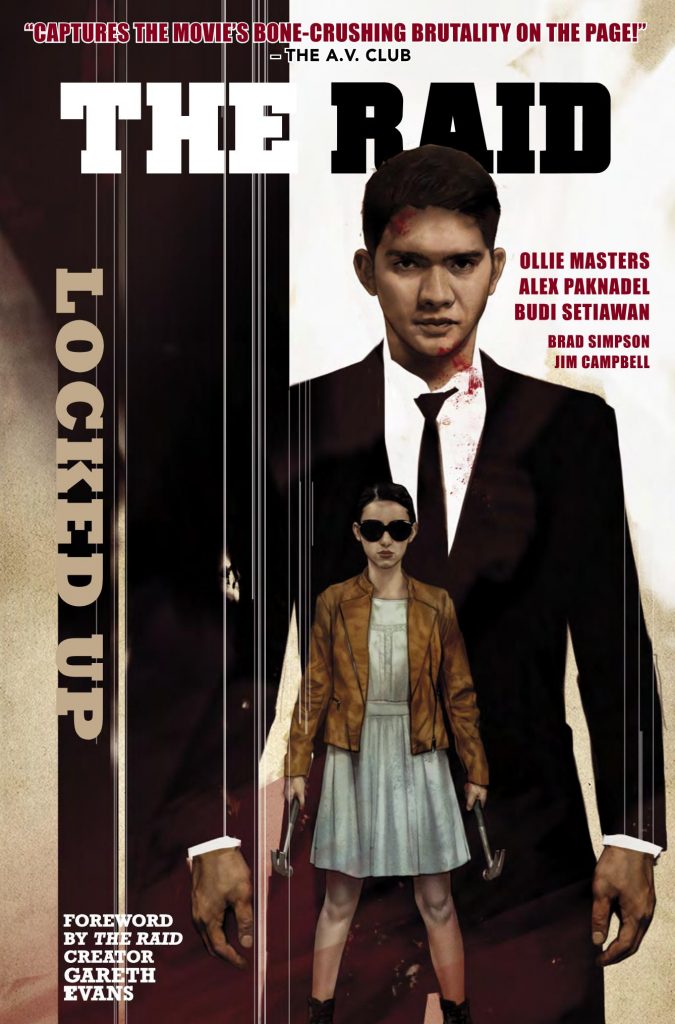 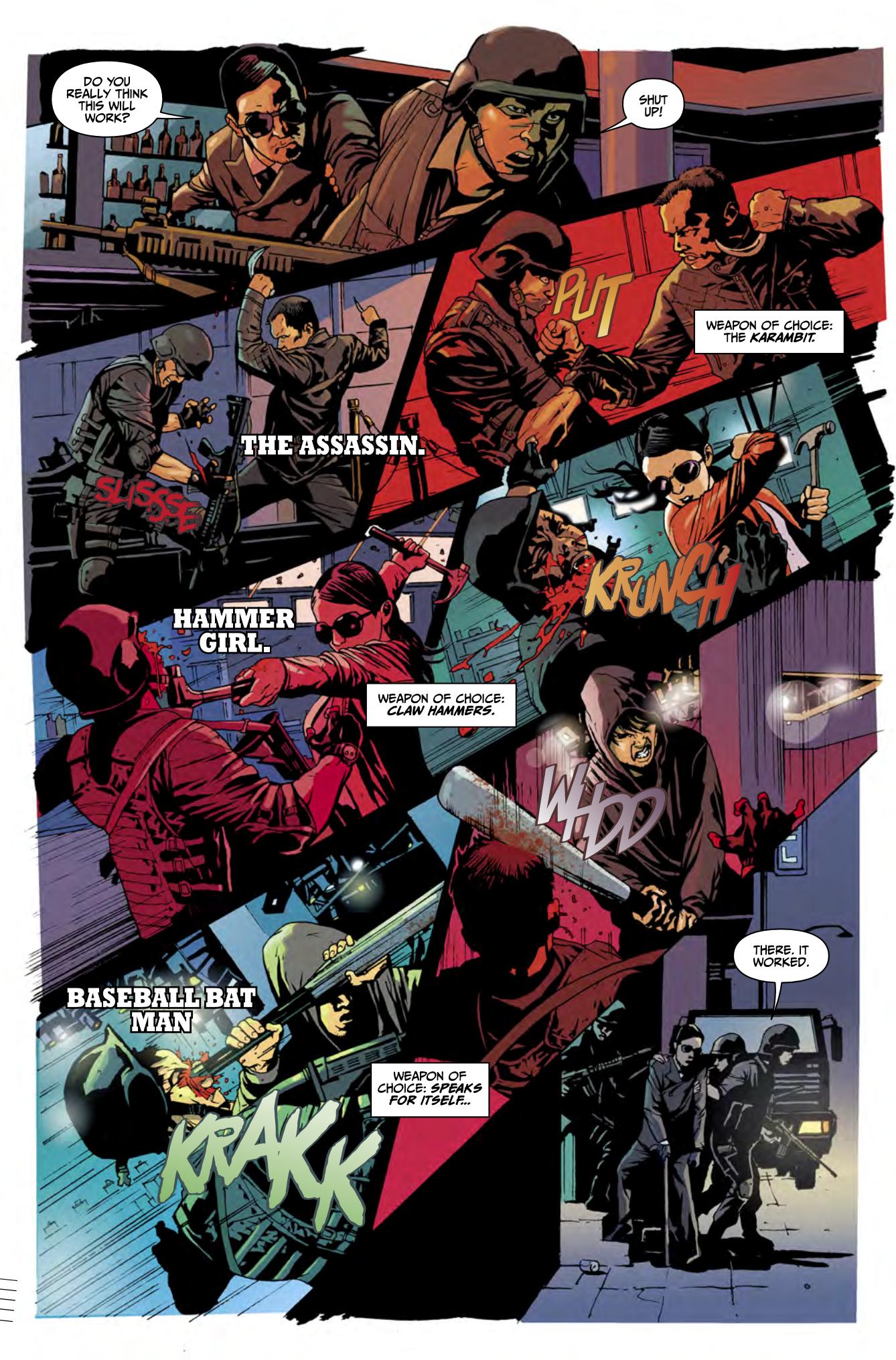 Indonesian action film The Raid took everyone by surprise on its release in 2012, and remains a genre classic. It spotlighted rookie special forces cop Rama and his desperate attempt to take down a gangster holed up in a twenty storey building. The Raid 2 duly followed, almost as highly praised, and Locked Up is set within that continuity, with a different gangster Bejo the target. He employs three primary threats, evocatively named the Assassin, Baseball Bat Man and Hammer Girl, all seen in action on the sample art.

Locked Up follows the template of the Asian action movie by setting up a basic plot early and then letting the cast loose on each other, but this has an astonishingly frantic pace, and much of that’s down to artist Budi Setiawan. He may have the odd problem with anatomy, but the sheet verve of his pages transmits an amazing energy, conveying the adrenaline rush of an action movie exceptionally well. His work is detailed, provides a good sense of location, and he packs his pages with people. When Rama has to fight off a dozen crooks piling on him, Setiawan shows them all, from several different angles. The jagged cuts of the panel placements move the eye swiftly, and he has other techniques in play to do the same, with the single toned flat colour of Brad Simpson playing a part.

The plot drops Rama undercover in prison under an alias with matters to sort out, while in the free world Bejo is discovering that there are bigger fish in the criminal pond who see him as an upstart who needs put in his place. Eventually the two worlds clash, and even though it’s his fourth prolonged action sequence Setiawan knocks it out of the park.

There is no real resolution as writers Ollie Masters and Alex Paknadel’s plot occurs within the time frame of The Raid 2, and while there’s a complete story to Locked Up, how things eventually play out is revealed there. This is brutal, shockingly violent and one hell of a thrill rush.