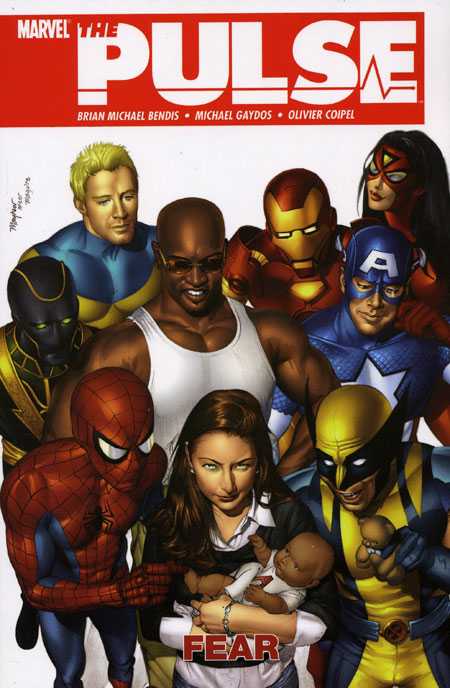 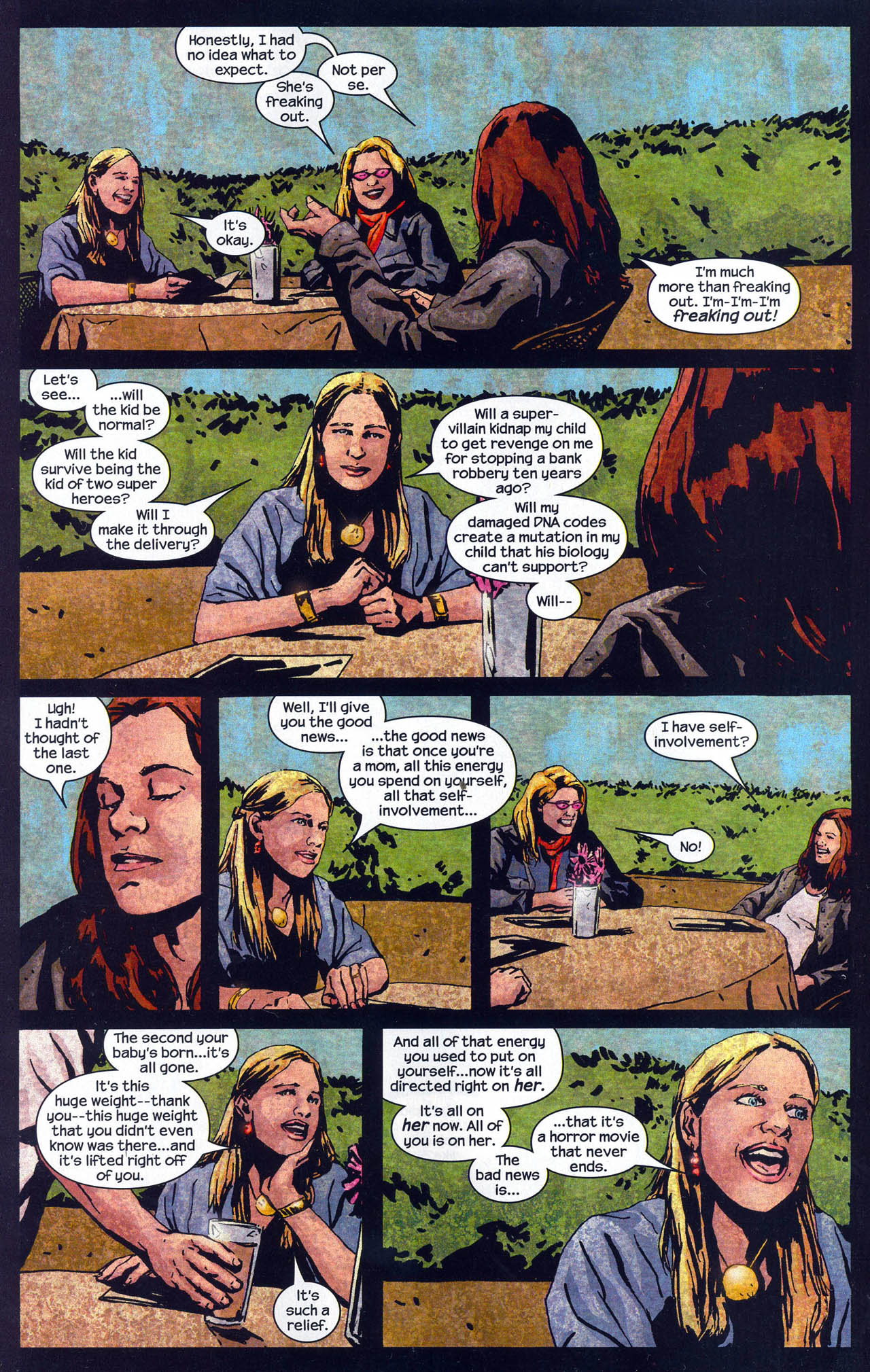 At the same time as these issues were being published Brian Michael Bendis was also writing the Avengers, into which he’d shifted Jessica Jones and Luke Cage. Based on Jessica’s now advanced pregnancy, a considerable time has passed since the events of the preceding Secret War.

The pregnancy reaches term here, but not before Bendis has included two excellent scenes. In the first Jessica discusses fears that her super powers may somehow impair her baby’s life, and the second is a hospital’s attitude to a super-powered woman on the verge of giving birth. As this occurs, the other nominal protagonist, reporter Ben Urich, is following a story that Daredevil appears to have helped himself while preventing a robbery at a jewellery store. No, you’re not going to believe that either, and it’s rapidly dispelled, but leads into quite the unique glimpse at a superhero. It’s possibly a push, but it could be viewed as what Jessica might have become had she continued her previous path.

As we approach the final stages there’s an excess of the billing and cooing and back and forth between Jessica and Luke Cage. It leads into something momentous for the final chapter, but boy does it drag on. Just when you consider Bendis has lost it completely, though, he switches tack and we segue into the story of how the pair first met, and it’s great. It’s the highlight of the entire series in fact, beautifully poised and with another unique superhero moment.

Michael Gaydos is back for most of this book, and ideally suited to the dank trail Urich follows, if a little less comfortable with the way Jessica’s life has moved into the superhero mainstream. It’s just as well, perhaps, he doesn’t draw the final tale here, which is an Avengers story, at the end of which, in three pages, Jessica and Luke are married. Olivier Coipel delivers what he’s asked to draw, but it’s page after page of decidedly average plotting. There’s a reason for it being included here, but it matches neither the tone nor the quality of the remaining material.

Those wanting to follow the now domesticated Jessica Jones and Luke Cage have been able to do so since The Pulse in assorted Avengers publications, beginning with The New Avengers. Those preferring Urich will find him in the Front Line books.

With the higher profile Jessica Jones has received due her Netflix TV show The Pulse has been reissued as an omnibus edition, which includes The Fear and the two previous books.