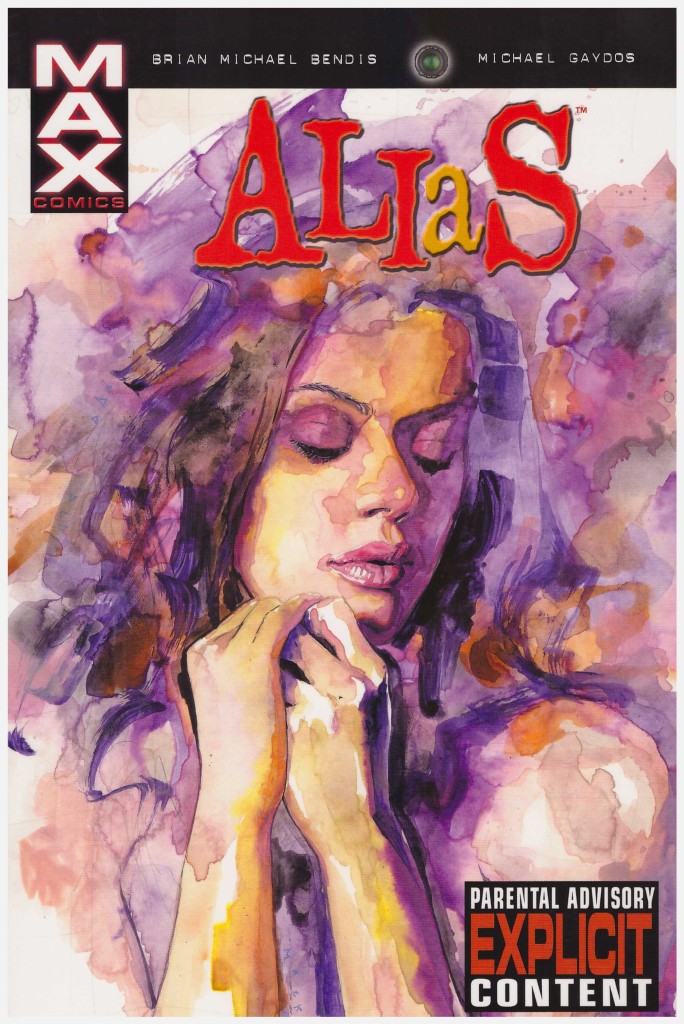 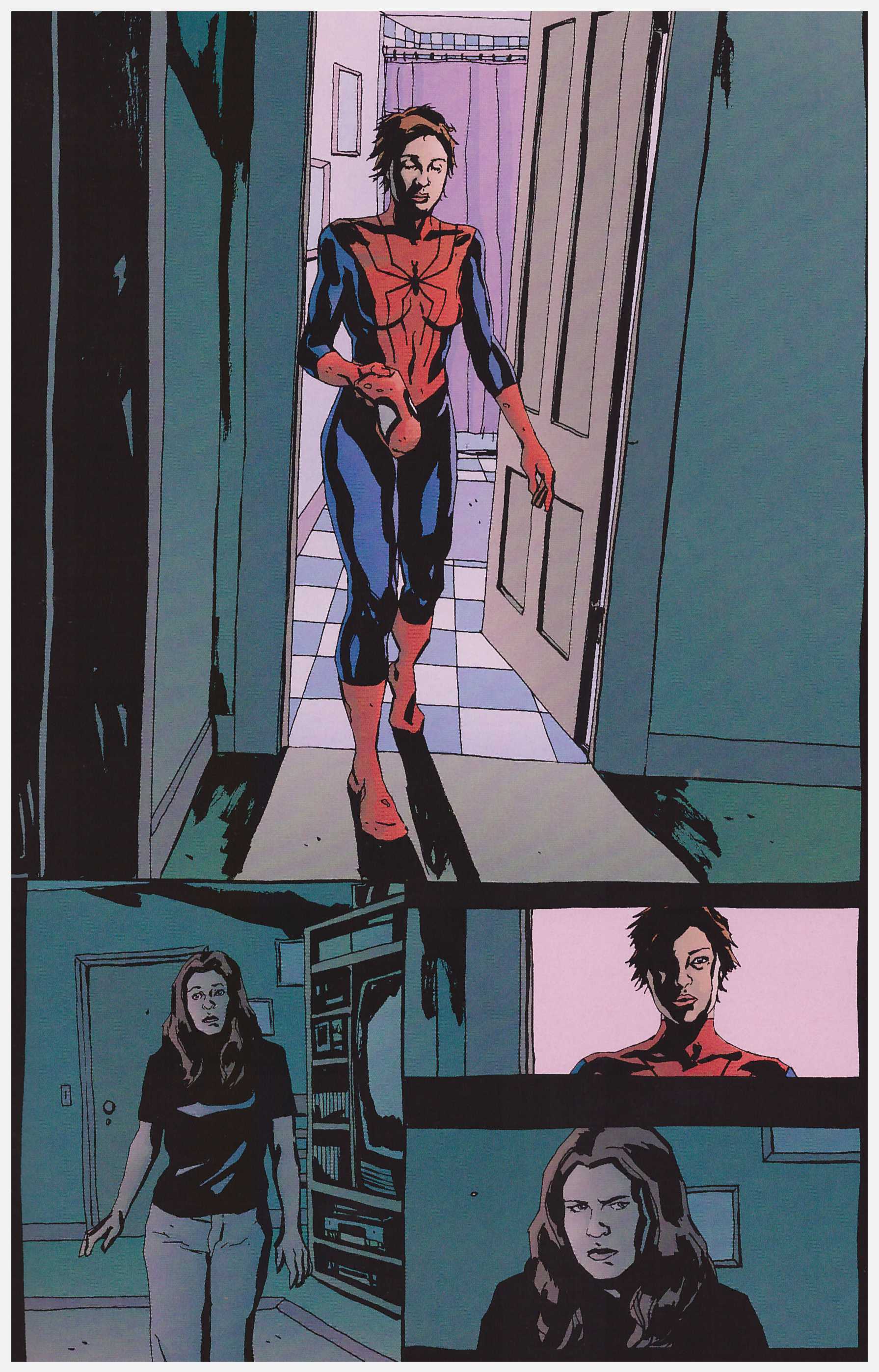 For two volumes, good as they are, Brian Michael Bendis had been tiptoeing around the possibilities of how much further than usual he could push what was acceptable in a series with ties to Marvel’s wider universe. Yes, there’d been plenty of potty mouth, and Jessica Jones has a sex life, but take the swearing out and there was little reason for Alias to be published under the Max imprint. The Underneath forges a path down into the sordid underworld of the Marvel universe.

Jessica returns home to discover a strung-out Spider-Woman (third iteration Mattie Franklin), has broken into her apartment. Figuring it’s a mistake, Mattie flies off without providing any answers. Unfortunately for Jessica, there’s a connection to newspaper publisher J. Jonah Jameson, and as explained in the first chapter, there’s bad blood between them, so Jessica’s attempts to help are misconstrued as extortion. The trail leads to some grim and horrible places, and the situation can’t be resolved by Jessica alone.

It never intrudes to the point of head-scratching, but several elements tie-in with the Daredevil series Bendis also wrote at the time, not least Jessica’s job as his bodyguard. And there’s that sex life. Come Home ended with Jessica on a blind date with Scott Lang, once Ant-Man, and the relationship continues, but with the Jessica Jones shoulder chips. This element is very cleverly scripted in a manner designed to polarise an audience along gender lines.

There are pros and cons to the opening chapter here. Artist Michael Gaydos has switched from his usual pen and ink to present a series of watercolour paintings of the cast with the dialogue typeset over the top in film script fashion. It’s a good story with a good twist that plays to the strengths of the primary cast members, but for all his strengths with a pencil Gaydos isn’t as skilled with a brush. He provides a couple of good portraits, but the remainder is resolutely ordinary.

Comments made here have a greater resonance in connection with the information imparted in the final Alias collection The Secret Origins of Jessica Jones. The entire series is also available as an oversize hardcover Omnibus edition.