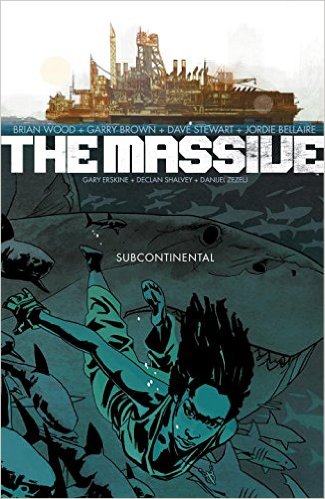 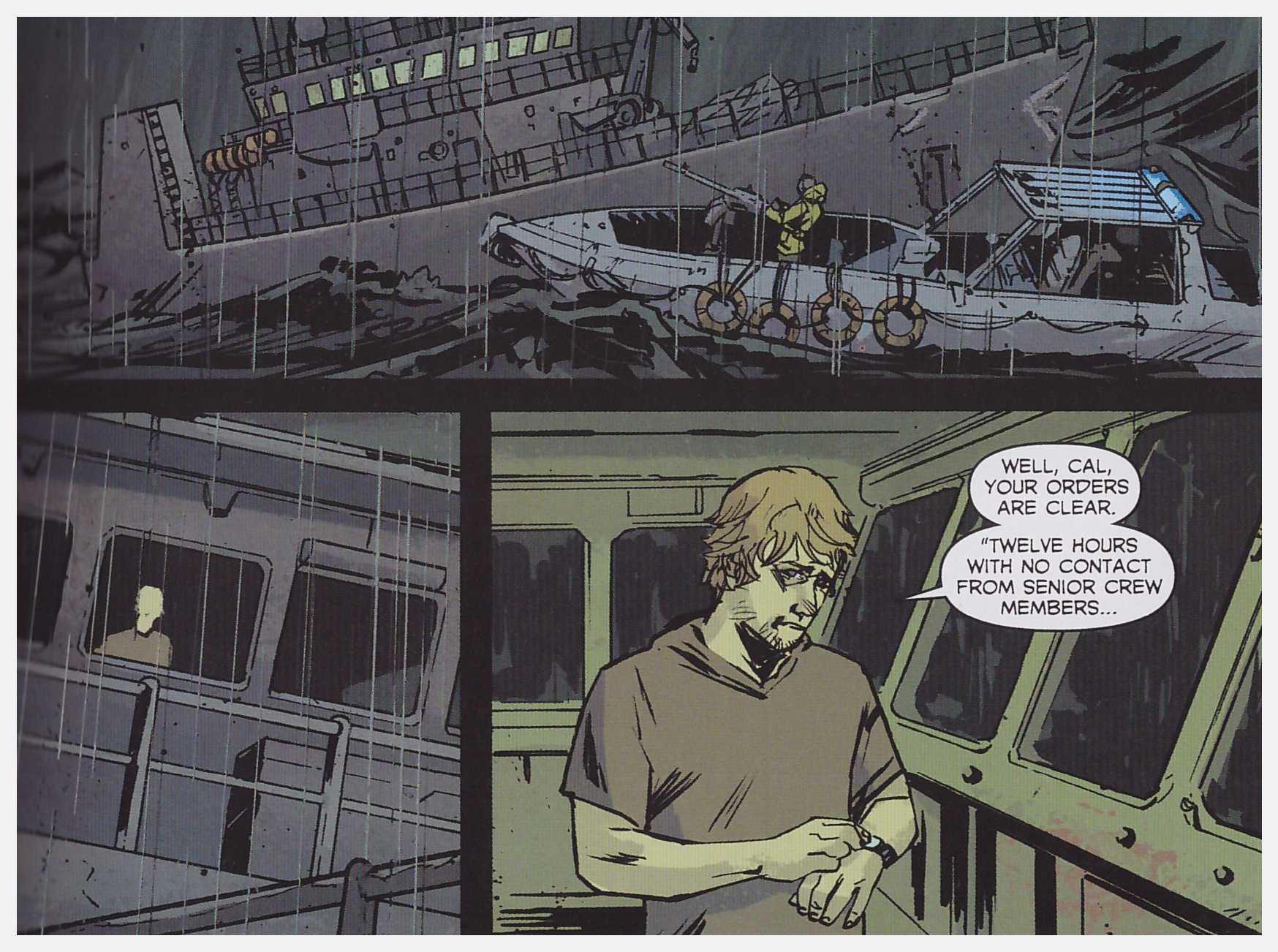 Brian Wood’s better regarded work has all been set in areas after disaster, and The Massive follows this pattern. Earth has undergone extensive re-modelling after a series of natural disasters at sea prompted other geological mishaps. It’s been as if the Earth has shrugged its metaphorical shoulders to prove humanity is but a virus. As introduced in Black Pacific, a group of ecological activists survived the worst initial effects by being aboard their boat, the Kapital, but have become separated from their sister ship The Massive, for which they search.

The title story sees the Kapital arrive at an offshore oil rig, now occupied by a group of refugees who’ve declared themselves an independent state. No visitors are permitted weapons, but all are welcome. As with much of The Massive, it’s an interesting idea dragged out too long, and peppered with cast members acting in a manner lacking coherent explanation. In this instance it’s Mary, disabling communications and exploring beneath the rig while under small arms fire.

The chapters here supply a further motivating factor for ex-mercenary Callum Israel’s single-mindedness, and his background is further explored in trickles of the past. The two remaining spotlighted members of the cast still puzzle with inconsistent and contradictory behaviour preventing any real understanding.

It’s the search for the missing Massive that motivates the plot, and Wood here is already on repetitive ground as he again delivers a pattern of electronic tracking locating the vessel, which then lacks communication, and attempts to verify the finding visually fail. He’s far better when using his research into phenomenons of nature or geology to supply narrative shocks, such as the surprise that awaits Mary among the rocky outcrops beyond the Californian coast.

Primary artist Garry Brown continues to offer a gloomy, scratchy style, taken to extremes by guest artist Danijel Zezelj on the final chapter. It’s quite the surprise to see some light and colour appended to Declan Shalvey drawing the strongest material here, and Gary Erskine’s given a script that’s primarily talking heads, despite a crew mutiny.

The Massive continues to unfold its primary plot hook at a glacial pace, and while an improvement on Black Pacific, the diversions aren’t enough to render Subcontinental essential reading. The series continues in Longship.