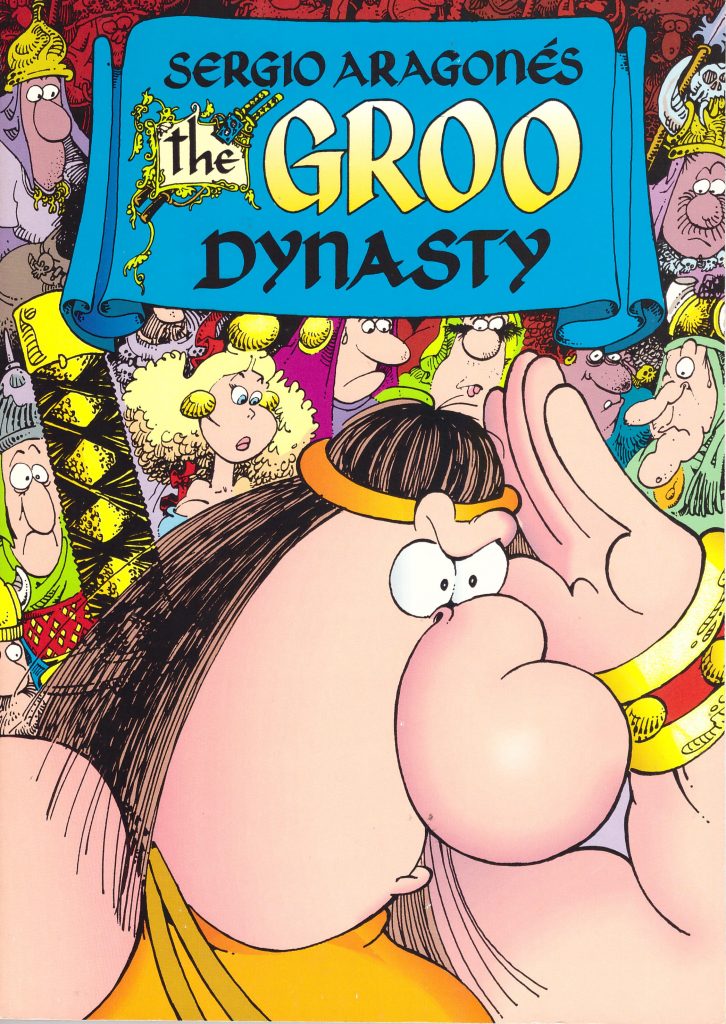 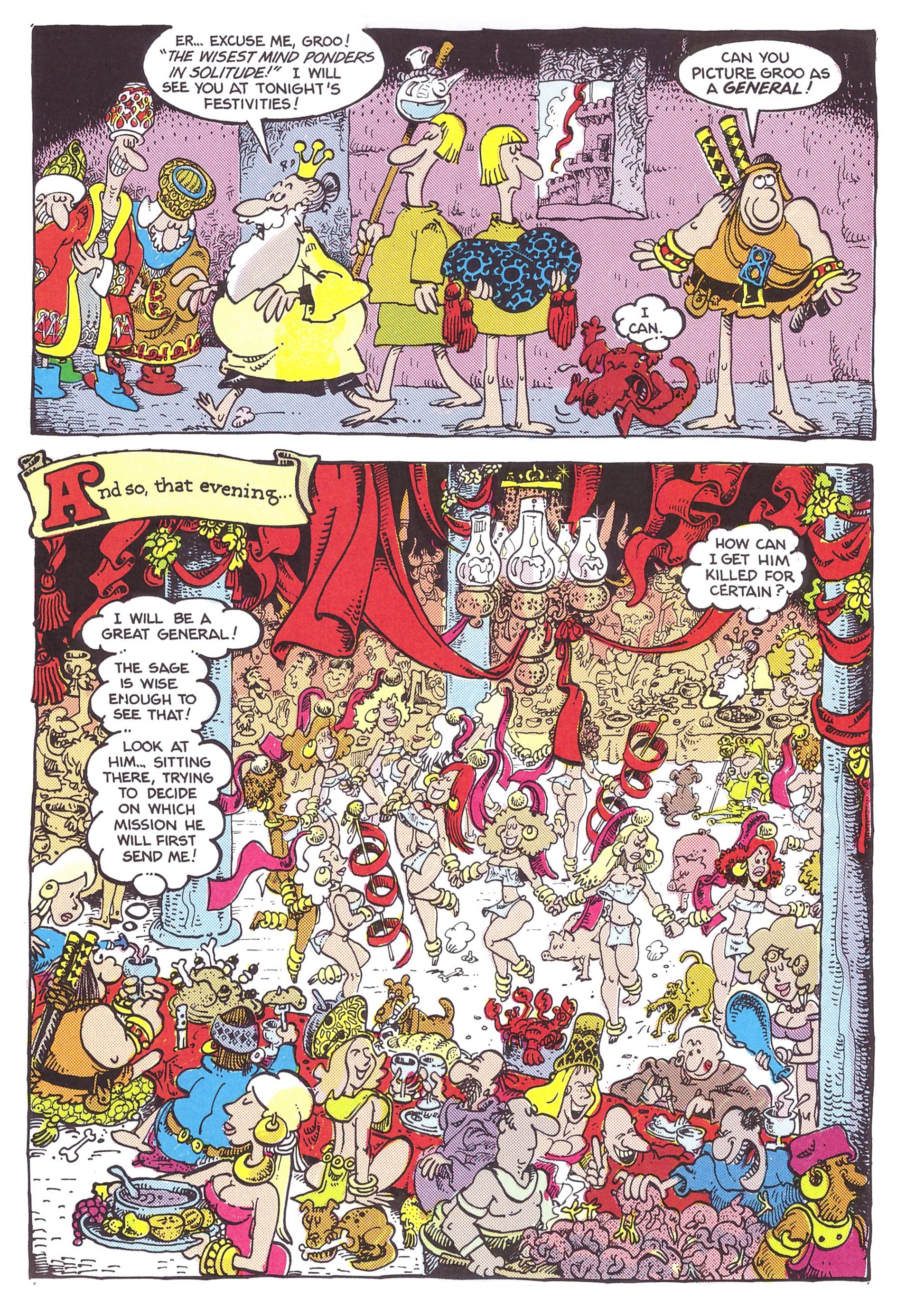 Well, well, well, what a surprise in the opening story. It’s been hinted that despite his serene and wise thoughts the Sage is conniving and manipulative, and he’s now managed to install himself as King of a small community. Sergio Aragonés and Mark Evanier forget about his interlude in The Groo Carnival, and follow up on his solo story in The Groo Bazaar. Having installed himself in a cushy number, the last thing the Sage wants is Groo turning up with his capacity for calamity.

There’s an unwitting connecting theme to the stories in this collection, an attempt to assess what kind of job Groo might be best suited to. Certainly not one that involves any kind of thought or practicality, but one, perhaps, where his reputation ensures unintended intimidation. Or maybe a life of quiet contemplation in a monastery is his calling. Given that he’s sunk every ship he’s ever set foot on, surely no-one would be foolish enough to employ him in a shipyard? Well, years before Homer Simpson uttered his first “Doh!”, someone did.

Sometimes, however, a joke can’t be stretched out over an entire episode, and four pages works just fine. That’s the case for the Minstrel’s solo strip, in which he wanders through a town singing a plea for peace, tolerance an understanding. Let’s just say it doesn’t have the desired effect.

As previously noted, as a series Groo is remarkably consistent, and this can lead to it being underestimated and not given its due. After all, thirty years of four star material by the same creative team is one hell of a lot of Groo stories, and there’s surely a website telling you how many there are in total. With a few minor variations, they’re pretty well all funny, brilliantly drawn and really tightly plotted. Even in these early days when the supporting cast Groo plays off isn’t as large, the quality is there. Another member of that supporting cast is introduced in The Groo Exposé. 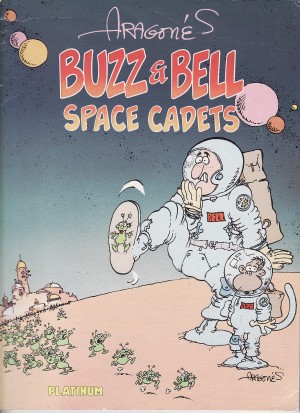