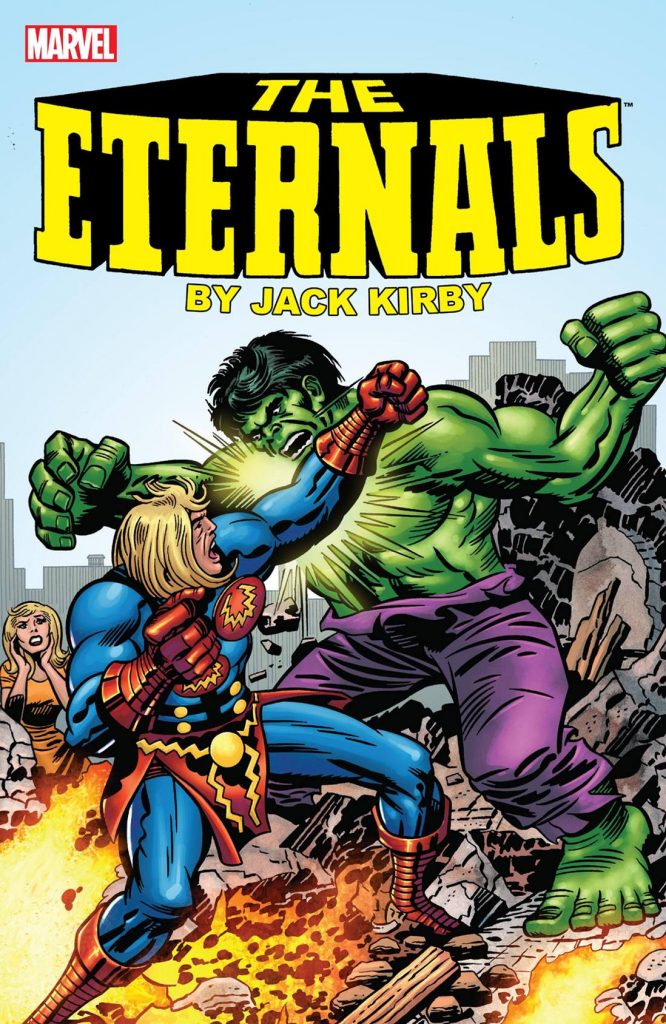 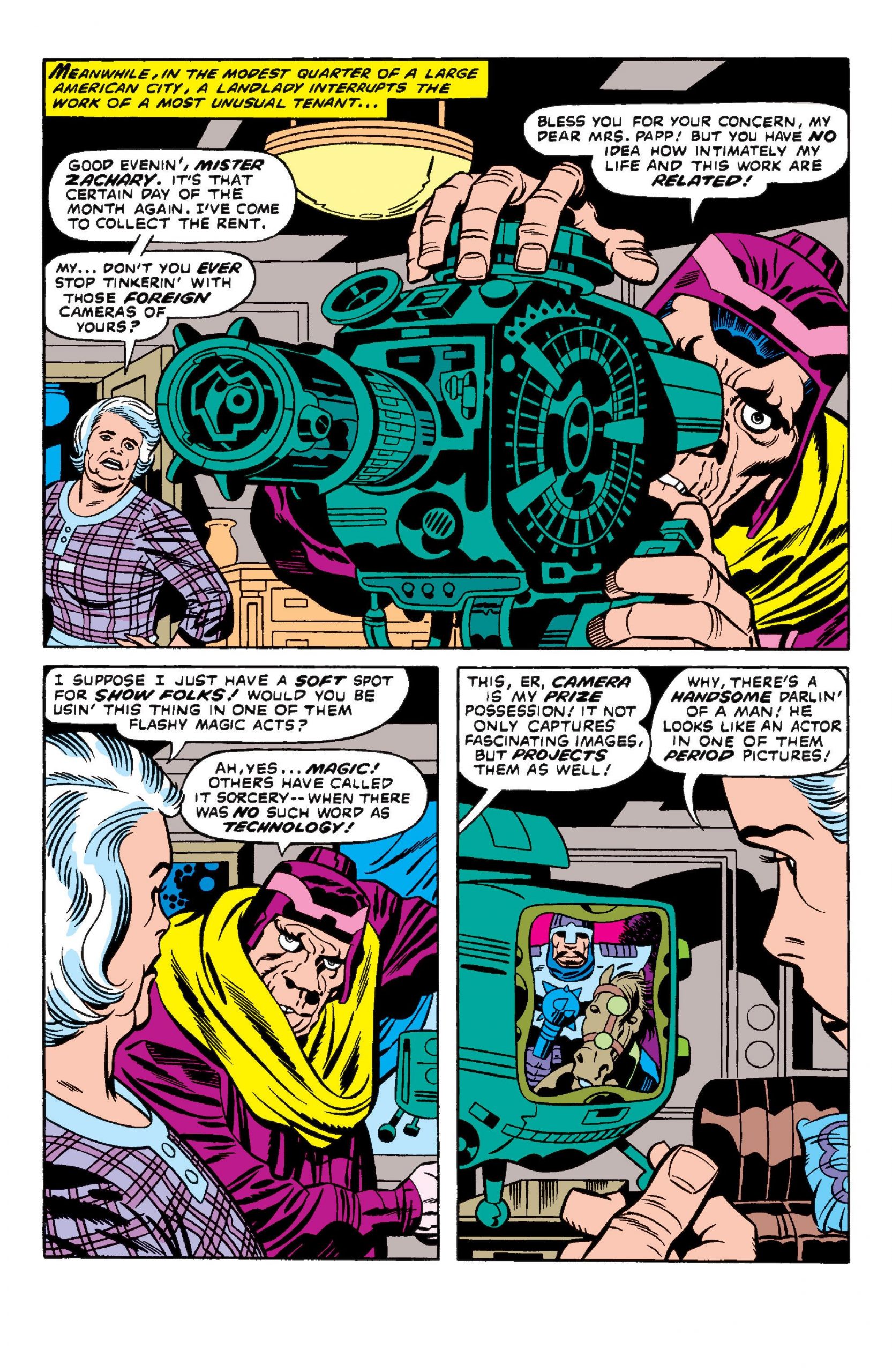 Jack Kirby packed some serious splendour into The Eternals Vol. 1, revealing that not only had two other races developed in parallel with humanity, sharing the planet for centuries, but there was also a race of space gods responsible for all life, who’ve now returned to judge what they’ve created. It’s a judgement that will take fifty years. Meanwhile Zuras has summoned all Eternals home to Olympia to create the Uni-Mind, which only ever takes place in times of great stress.

It’s an incredibly imaginative brew, and Kirby pondering over the ways of the universe sustained most of the first volume, presenting one fantastic concept after another, and for the opening chapters of this collection that amazing run continues. We see Thena returning home in the company of Deviants Karkas and the Reject, the response to their appearance now very different, and they star in one of the best stories here, of a villain pulling hateful figures from history into modern times. It’s Kirby continuing to explore how people respond to appearance. Before then we’ve actually seen the Uni-Mind, and that’s followed by another gem of a story about astronauts.

Unfortunately, after that there’s not much to cheer. In 1977 Kirby was pressured to integrate the Eternals cast with the mainstream Marvel universe, when anyone other than a Marvel editor could see they were better kept apart. Kirby’s compromise was to introduce a version of the Hulk, not the real thing, but a robot built by engineering students and imbued with cosmic power by chance. Expecting a simple victory, Ikaris gets a shock. “These blows could fell a mammoth”, he thinks, “yet his feet stand firmly planted! Fall, blast you!”. It produces a fantastic looking battle, but Kirby’s heart’s not in it. There’s not a single new idea over two and half chapters before Zuras arrives to end matters. It’s also disappointing how little the Celestials are seen. The series is about how Earth’s three races adapt to their arrival, not the Celestials themselves, but their sheer scale and Kirby’s great designs result in amazing pages.

A further two chapters round off the volume, and are a slight return to form, as the Eternals co-operate with humanity, explaining what’s going on, yet one of their number intends to destroy a Celestial. Kirby feeds in more fantastic technology, while his art again shines. The plot’s maguffin echoes the ultimate nullifier provided to Reed Richards when the threat of Galactus was most desperate, but given a different purpose here, while it underlines that Ikaris may be a somewhat surly and aloof type, but his heroism can’t be doubted. And that’s where the Eternals ended their run. Several years later Roy Thomas would involve Thor in tying up the loose ends.

Both Eternals paperbacks are combined in the Eternals Omnibus, but that’s not only expensive, but marred by production that sees too many pages disappear into the binding. Better value is the 2019 paperback equivalent, The Complete Collection or forthcoming Monster Size edition, reprinting the entire series at the size Kirby prepared his original art. Alternatively, all Kirby’s Eternals is combined in hardcover with much later work by other creators as Eternals: The Complete Saga. 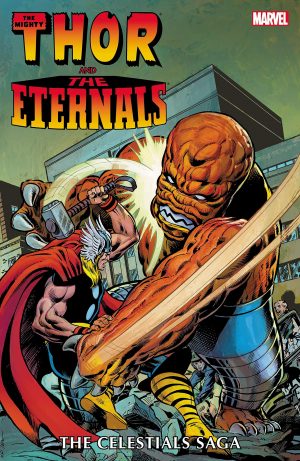