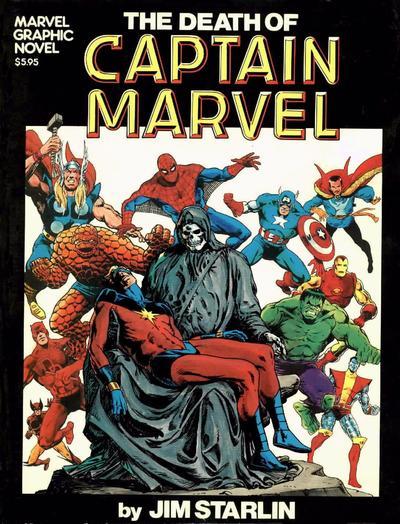 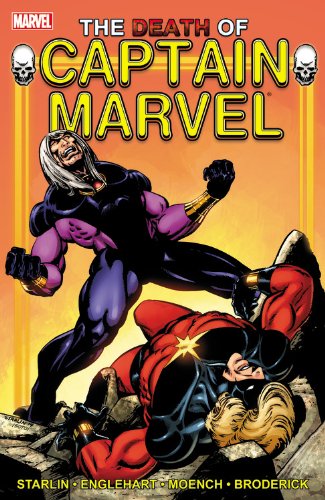 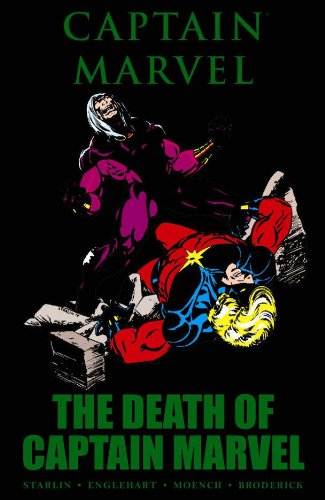 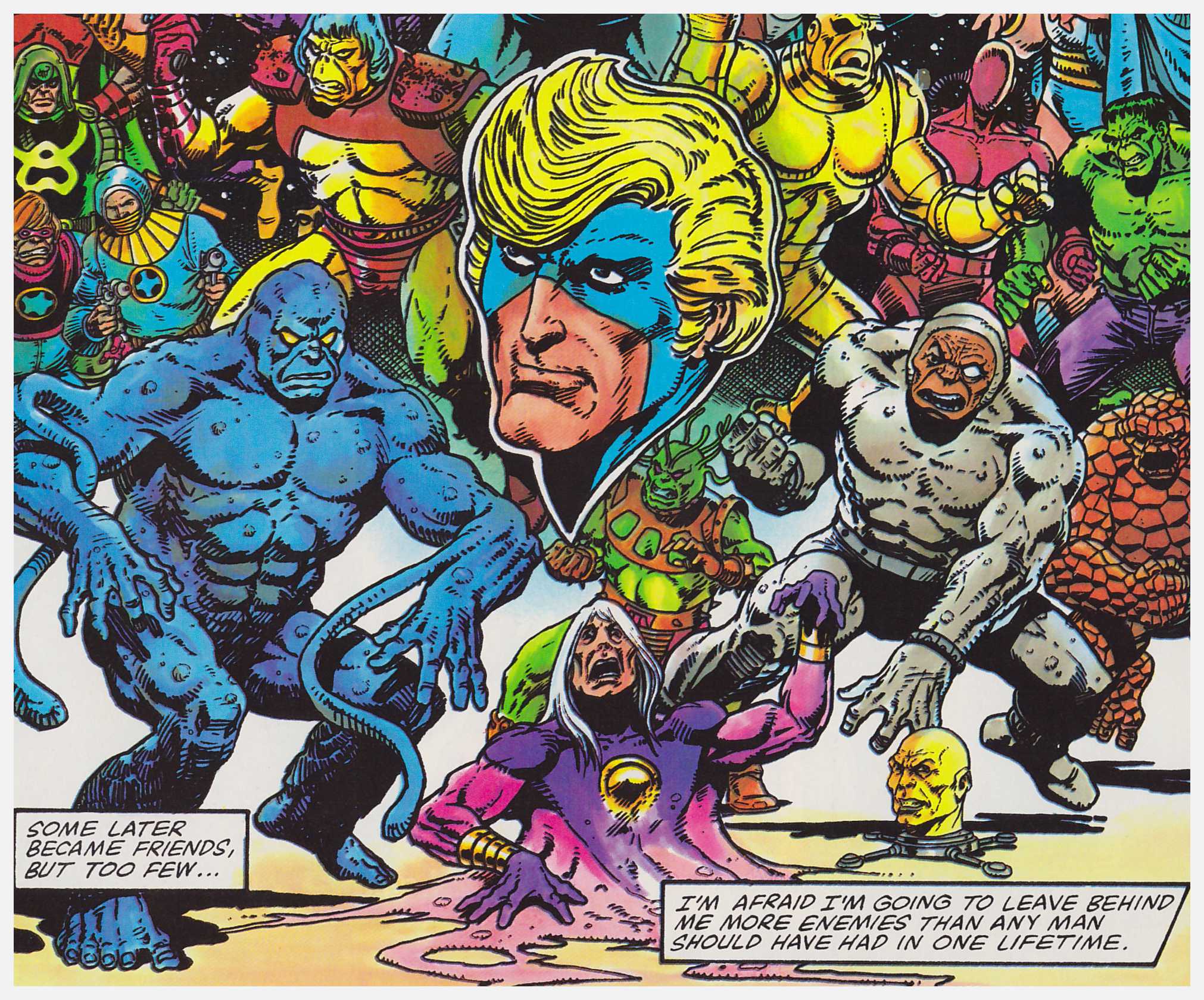 It seems rather quaint today that when Marvel initiated a line of graphic novels in 1982, their opening shot was a character who’d perennially failed to sustain his own title, launched in a slim, oversize format at 62 pages. The page count barely exceeded the amount available in annuals. The European style album format was innovative for Marvel, though, as was the gloss paper stock, and a costly production required an appropriate cover price. It was therefore aimed at the older fan, who’d be prepared to pay the extra for the work of a creator known for his imagination, and instilling concepts not found in standard superhero titles: Jim Starlin.

Marvel’s iteration of Captain Marvel began as a trademark-claiming exercise when they realised DC had let it lapse with regard to the more famous 1940s character. As re-capped in the opening pages, he was established as a Kree warrior who rejected the code of his people, and worked to prevent an invasion of Earth.

Two years previously Starlin had completed the saga of the Marvel character most associated with him, Warlock, freeing him to revert his attention to Captain Marvel, who he’d guided to critical acclaim eight years previously. The upfront nature of the title and the bleak conclusion to Warlock’s story indicated Starlin’s narrative preference. As it’s confirmed a dozen pages into the story, it’s no great revelation that Starlin chose to inflict cancer on Captain Marvel. In other hands this could have been a distasteful trivialisation, but this is thoughtful and reflective, and remains a good read.

Two brief superhero fights bookend the story, one standard, the other enlightening. In between Captain Marvel runs through his life, makes his peace, delivers his final farewells and experiences the emotional path associated with the knowledge of impending death. Starlin makes some nice points along the way, one being the superhero community asking themselves why they can’t cure cancer. The real world answer is that it would be in poor taste, but the question has a poignancy here.

Starlin’s layouts are imaginative, and Steve Oliff’s colouring bright and of its era, but suitable. What lets The Death of Captain Marvel down slightly is Starlin’s often poor anatomy. He’s seemingly aware of the shortcoming as he avoids full figures much of the time, but surely his former inker, now editor, Al Milgrom could have had a word.

Long after the first publication, this book it was combined with Starlin’s earlier run on the character as The Life and Death of Captain Marvel. Prior to that it was repackaged with material that had an influence on the story. The tale in which Captain Marvel contracts cancer is plotted and drawn by Starlin, but scripted by Steve Englehart. It introduces a decent villain in Nitro, who’d later play a defining role in sparking Civil War, but is neither creator’s finest moment. It’s far better, though, the other extra material by Doug Moench and Pat Broderick displaying why Captain Marvel’s title was again cancelled to end the 1970s. This extra material drags the overall quality way down, and the recommendation is for the original work alone.

In the UK this has also been incorporated into the second volume of The Life and Death of Captain Marvel in Hachette’s Ultimate Graphic Novels Collection partwork.