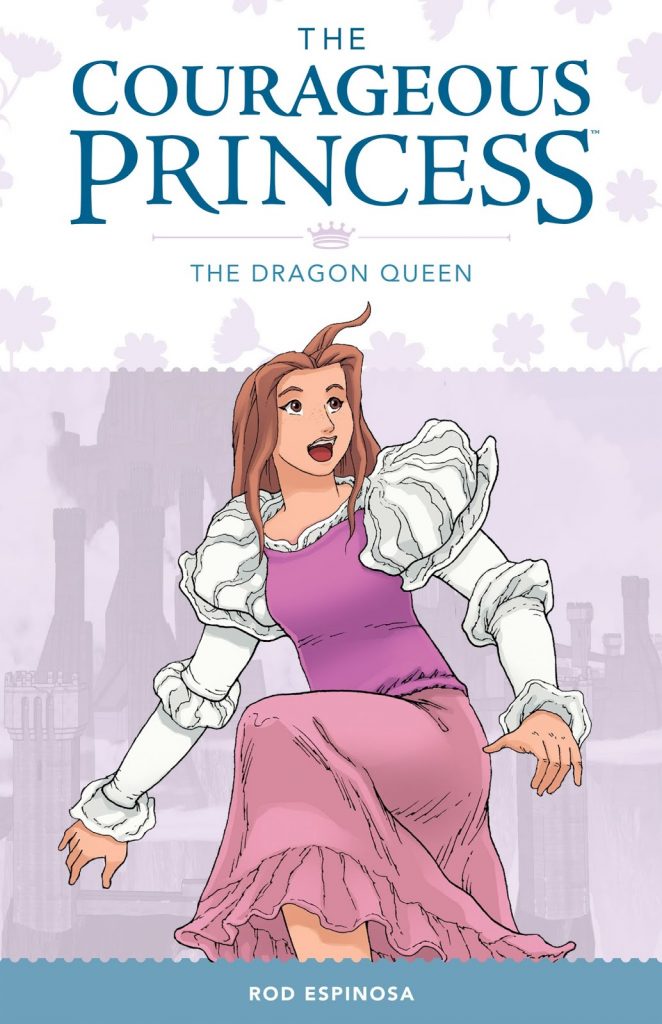 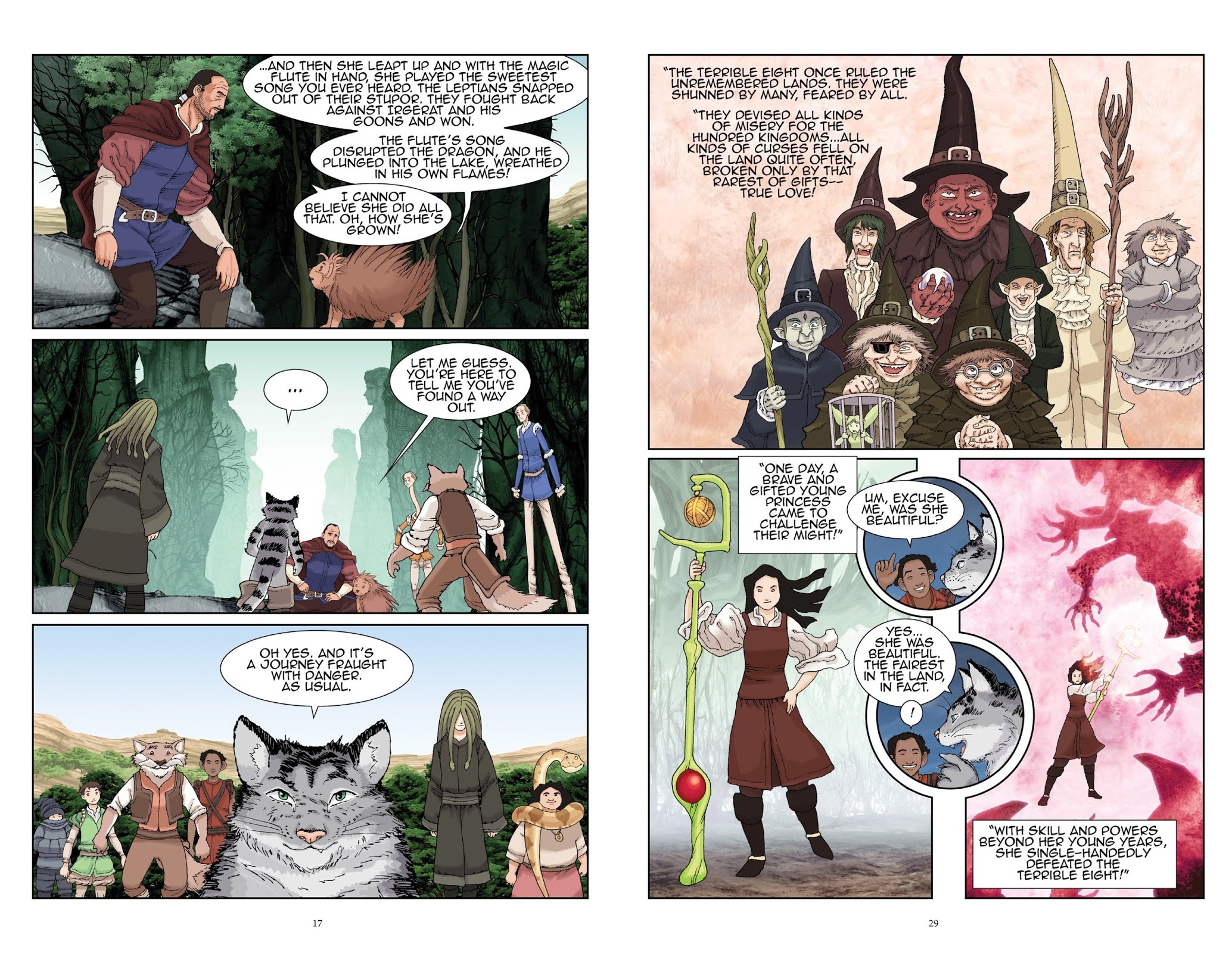 After an idyllic childhood brought up in a small kingdom, everything started to go wrong for Princess Mabelrose. First she was abducted by a dragon (see Beyond the Hundred Kingdoms), and when she escaped and came looking for her father who’d put together a rescue party everyone other than Mabelrose was banished to the Lands of No Return (The Unremembered Lands). Worse still, the person behind all her problems was her Aunt Ursula. For anyone just finding this book alone, Rod Espinosa brings us up to date over the first few pages. Trapped in the Cloud City with her Aunt, Mabelrose plans to escape, and Espinosa switches scenes between her and the remainder of the cast, also seeking a means back to the world they know.

Over the early portions of The Dragon Queen Espinosa explains much about the opening events of the story, making some sense of what happened in Beyond the Hundred Kingdoms and confirming what we might have suspected about some minor characters. Ursula is infected with a bad case of ego and entitlement, intending to occupy all the hundred kingdoms, and stopping her becomes the primary mission. It’s not easy as she’s very powerful and controls dragons.

As he did in the previous book, Espinosa makes good use of some copyright-free characters from fairy tales, and with the mood of those stories, introducing quests, treasure, weaknesses and fairy godmothers seeking redemption. The storytelling is clever. It’s necessary that a bunch of characters work their way back to Mabelrose, but to detail all their hardships would require too much space away from the main story, so Espinosa explains this via pin-up pages as told to Mabelrose. It’s effective and has the bonus of providing some glorious illustrations.

Fables proved that the world of fairy tales merged provides a rich selection of characters and artefacts around which stories can be weaved, but Espinosa was there first with The Courageous Princess and he takes a different approach. The mood here is that of fairy tales, not reality, one where courage and a good heart count for so much more, and Espinosa exploits that to the full while also making good use of the talents employed by the characters introduced in the previous book. The way everything slots so smoothly into place over the final chapter is testament to Espinosa’s skilful plotting. It’s matched by his art, which is open and attractive even when presenting threats, darkness only used consistently to display the coldness of the Cloud City. Despite those threats there’s an upbeat nature to The Courageous Princess, and the underlying message is that almost everything can be overcome with resolution and perseverance, over three volumes building into a story to delight any young child. Better still, it won’t bore the adult reading it to them.