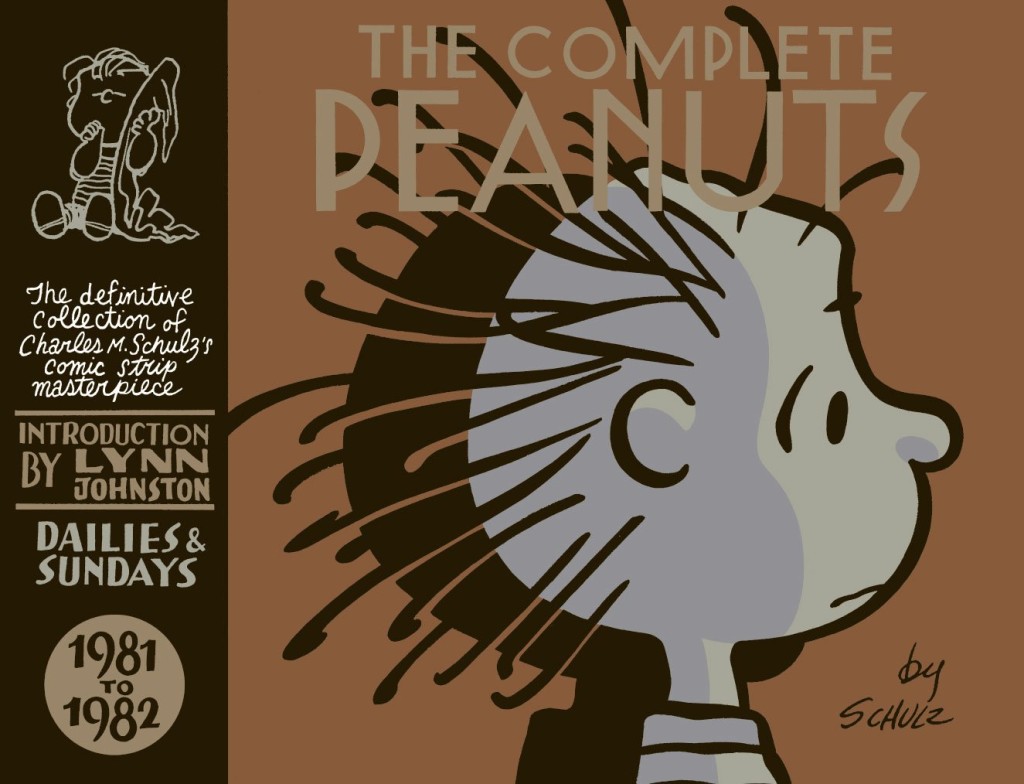 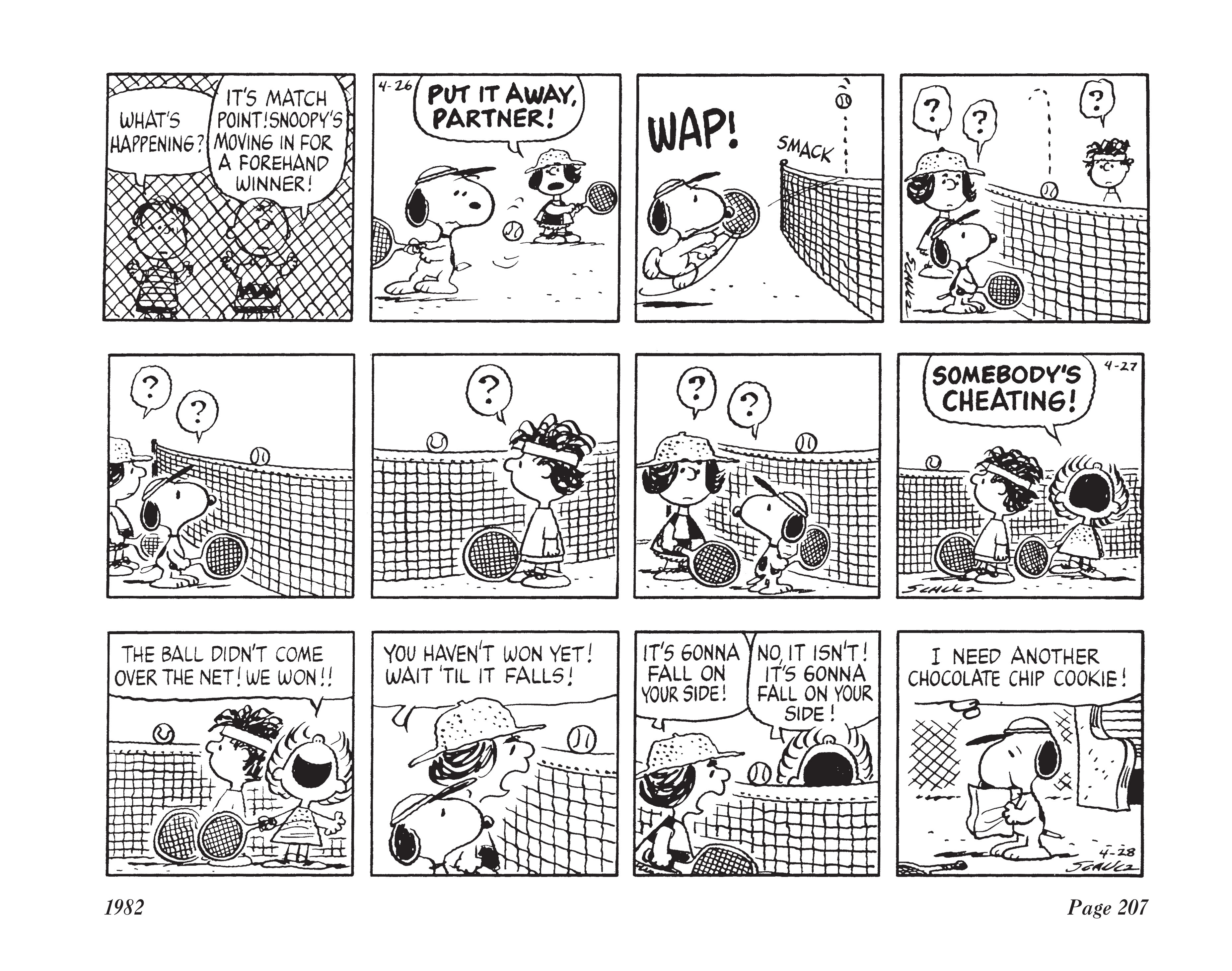 Volume sixteen of The Complete Peanuts is introduced by Lynn Johnston, creator of For Better or For Worse, a newspaper strip that often ran alongside Peanuts in papers around the USA. Johnston and Schulz were close friends, and her fascinating essay examines the kind of person who becomes a cartoonist. There are great observations of her colleague Charles M. Schulz and their relationship, especially when deadlines were getting them down:

“We all have the same panic. The deadline is a cruel master, but without it – would we be so inventive and productive? Without the fear of failure, of letting our syndicate and our audience down, would we still put out 365 comic strips a year? Absolutely not! We need the anxiety as much as we need the applause. It’s all part of the process. …If you stop trying to make the next strip better than the last you are looking at the down side of your career. Sparky was this driven. It’s what made him so successful. It’s also what made him so complex, so compelling and so interesting to us all.”

There’s much more in this piece which feels as if it’s only the tip of a huge berg of information. It may be the longest introduction in the series thus far, and it’s also one of the most relevant with very interesting writing.

There are lots of fun extended storylines in this volume. Snoopy as the World War I Flying Ace successfully intercepts the Red Baron’s secretary carrying the secret papers. To prevent them being taken, he swallows them – and Sally has to explain where her term paper went to her teacher. There’s more World War I Flying Ace activity when Spike is drafted into the infantry and the two brothers have another happy meeting while on leave in Paris. Charlie Brown becomes a popcorn seller for Peppermint Patty’s team at their baseball game and an act of generosity from Patty goes spectacularly wrong for her;  a butterfly lands on Peppermint Patty’s nose and she interprets it as a miracle, and Snoopy has another doubles tennis match with the scary Molly Valley against ‘Crybaby’ Boobie and her new partner ‘Bad Call’ Benny; Charlie Brown and his team lose their baseball field, the Van Pelts get into farming, and another of Snoopy’s brothers, Marbles comes to visit. The end of this volume marks thirty years of Peanuts, and amazingly enough, it was still funnier and more inventive than most other strips around it at the time. There are another eight volumes to go.