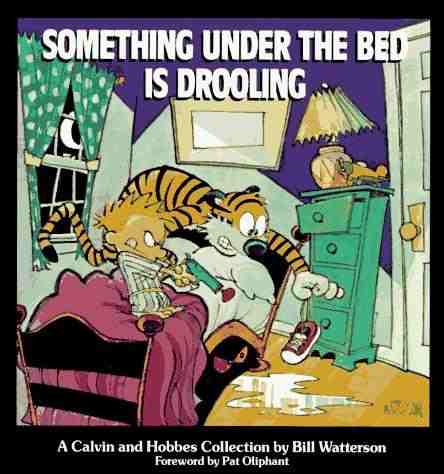 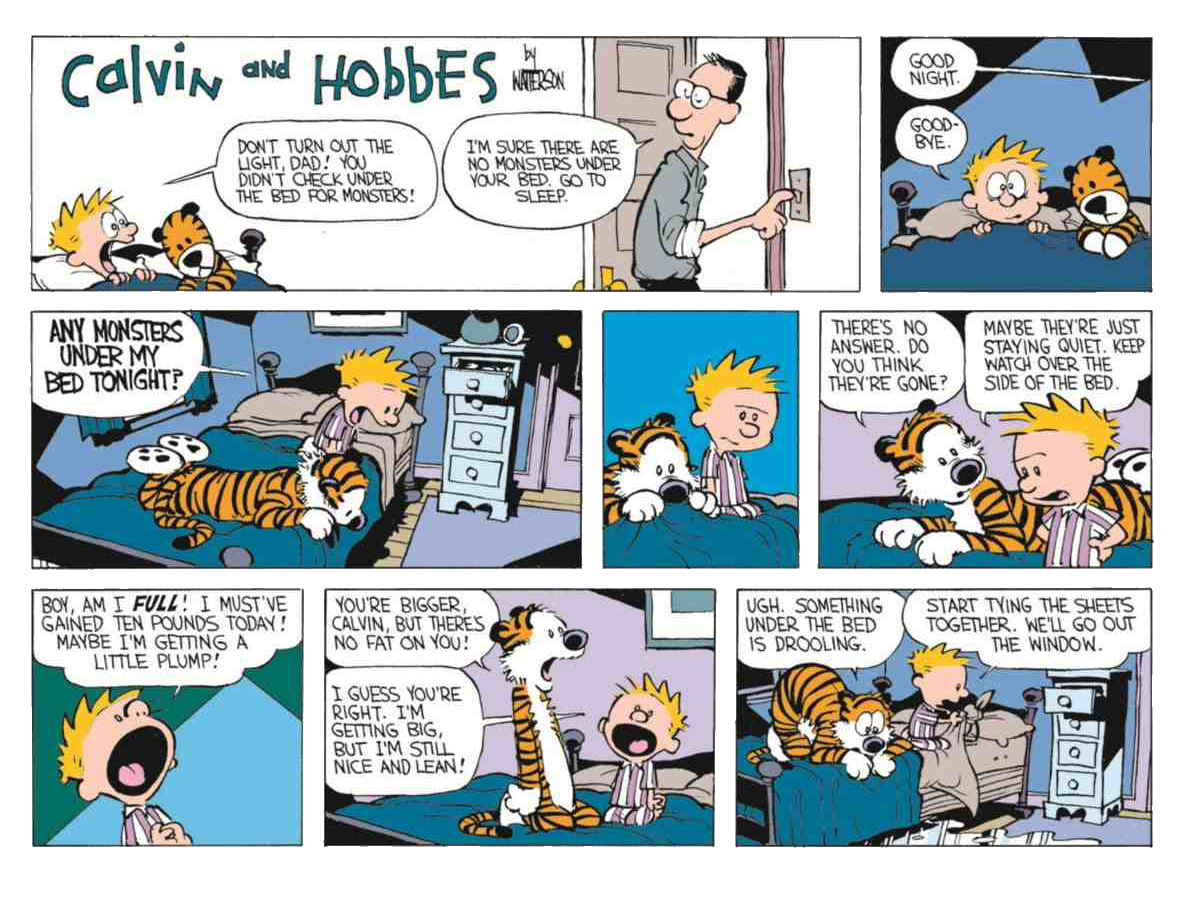 Something Under the Bed Is Drooling collects the second year of Bill Watterson’s ‘Calvin and Hobbes’ daily newspaper strip. Calvin is a six-year-old boy and his stuffed tiger, Hobbes comes to life in Calvin’s fertile imagination, going on adventures with him and generally being the best friend a person could want. But only when nobody else is looking.

Bill Watterson vividly depicts the various aspects of Calvin’s world through changing the way things appear, depending on the dominant point of view. Things look very different through Calvin’s eyes than they do from the perspective of anyone else. This sets up several different styles of recurring storylines: Calvin’s relationships to other people, at school and elsewhere in public; Calvin’s private world with his friend Hobbes; Calvin’s interactions with his parents. Some of these situations are straightforward personal interaction without any extra imaginative elements, and many of the funniest strips don’t need anything other than Calvin’s personality to get big laughs. He has recurring battles with his babysitter Rosalyn, a love-hate relationship with a little girl named Susie, he refuses to concentrate in school, he tries to outwit his parents and fails almost every time.

When these regular kid situations are juxtaposed with the results of Calvin’s imagination is when it’s all really magical as Calvin becomes immune to the forces of gravity, shrinks to the size of an insect or turns invisible. This volume sees the introduction of the “transmogrifier,” a device which can transform anything into anything. This will become the source of some the greatest, most hilarious strips in the series.

Something Under the Bed Is Drooling is introduced by newspaper cartoonist Pat Oliphant. The strips in this book are also reprinted along with the contents of the first volume in a treasury edition, The Essential Calvin and Hobbes.