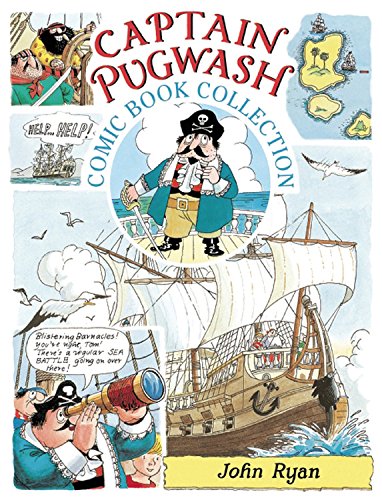 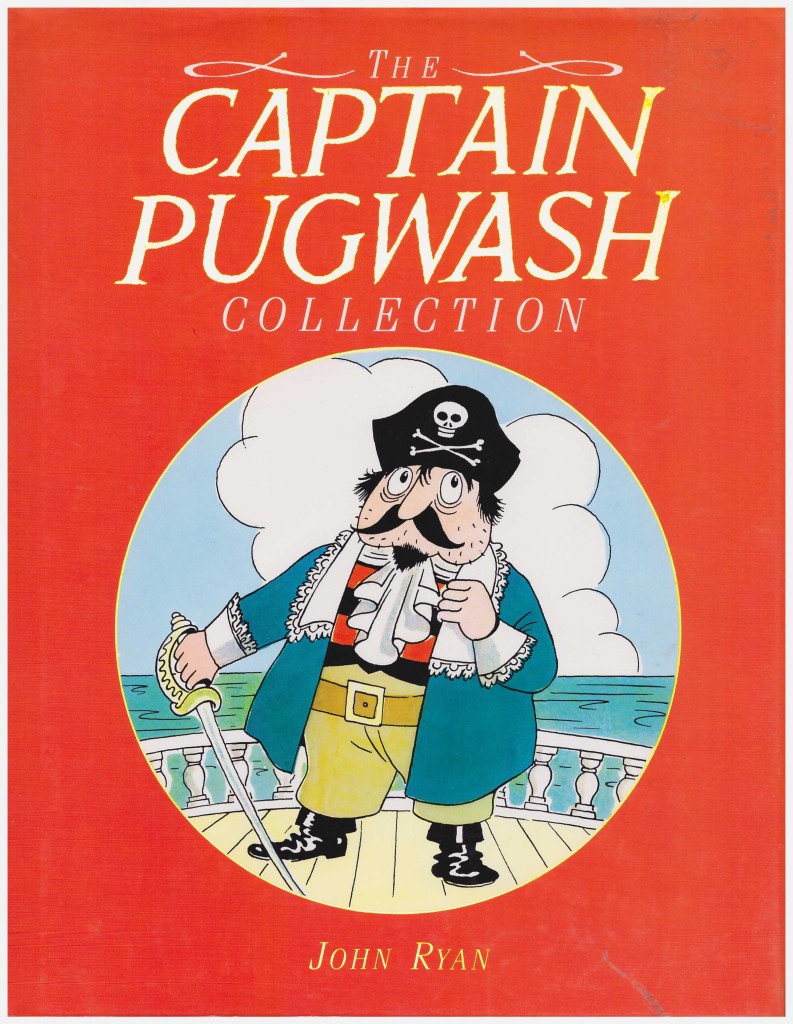 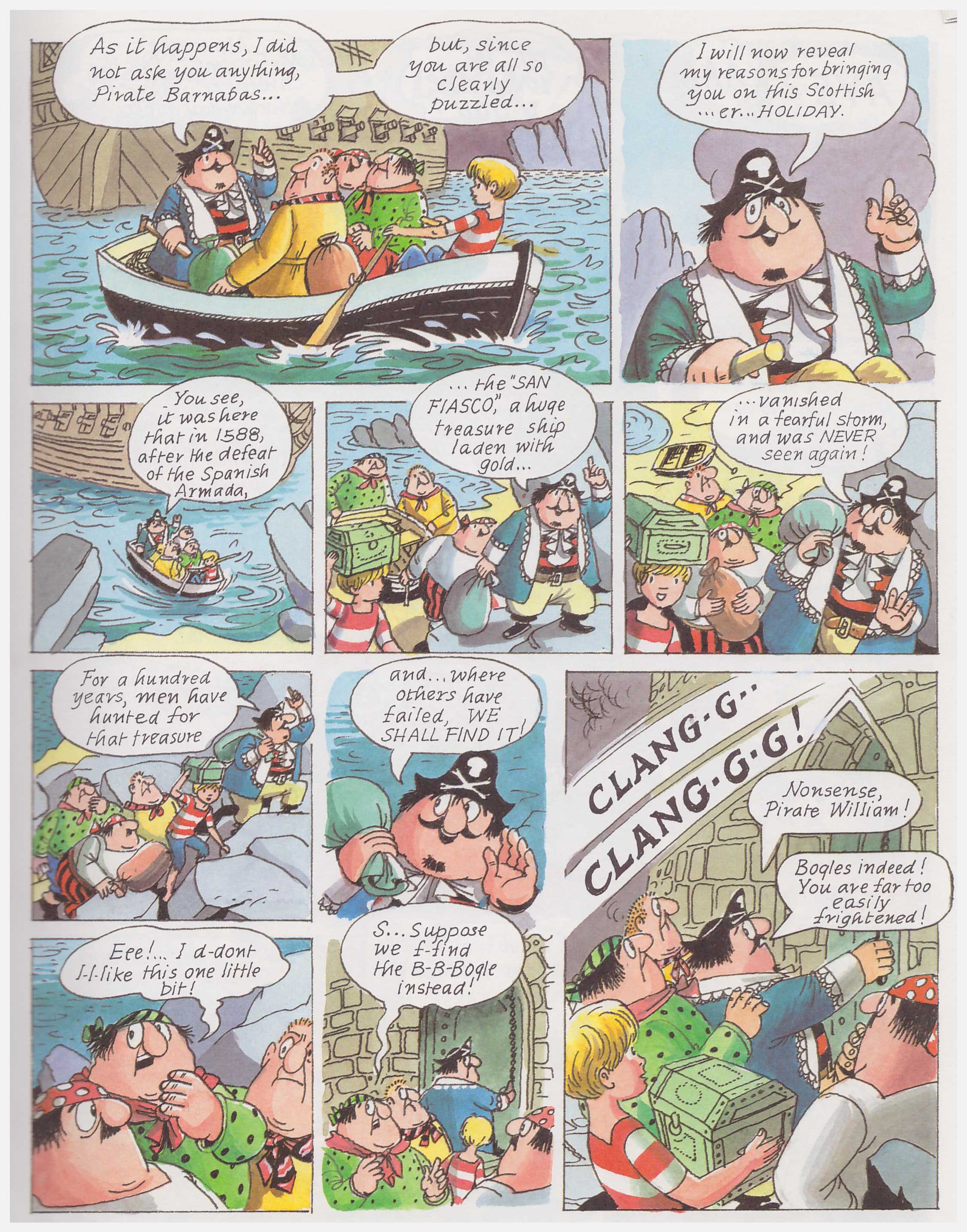 Captain Pugwash is best known as a British animated TV series to those growing up in the 1960s and 1990s, but his first appearance was actually in iconic British comic The Eagle in 1950, although it was rapidly dropped. This was for another strip by John Ryan, who never the less retained faith in his inept pirate, and the TV show and a series of children’s books followed from 1958. Although text and illustration, these weren’t too far removed from comics in spirit and intent.

In 1983 Ryan shed the pretence, and produced three Captain Pugwash adventures as straightforward comics, and The Secret of the San Fiasco, The Battle of Bunkum Bay and The Quest for the Golden Handshake are collected here. The strips bear a closer resemblance to the TV show than the gag material Ryan produced for Radio Times (gathered in The Captain Pugwash Cartoon Book), and they’re sustained narratives in which the entire cast feature.

There’s no secret to Ryan’s template, and he follows it here. Pugwash and his primary crew are greedy and cowardly, but are fundamentally good natured when compared to their enemy Cut-Throat Jake. The one weapon Pugwash possesses is the resourceful Tom, the cabin boy, whose foresight and practicality invariably saves the day. The coda is Pugwash taking credit for everything.

It’s a formula that saw the basically endearing Pugwash well, through over eighty animated episodes and a dozen story books, and does so here. Ryan drew his strips in pen and ink and added watercolour, his motley crew charms, and he was an inventive storyteller. In each case here the sniff of treasure entices Pugwash, and in each case locating it proves more troublesome than presumed.

In the opener it’s surely Scottish character actor John Laurie who’s inspired the sinister MacGroggie caretaker of a remote Scottish castle to which the legend of a lost treasure ship is attached. Ryan then pre-empts the later Baldrick from Blackadder with the cunning plan Pugwash conceives to sail his boat between the massed fleets of the British and the French at Bunkum Bay. ‘The Quest for the Golden Handshake’ begins with a set-to in an auction house, continues with a nice set-up and concludes with a set piece on a remote island.

Ryan pulled off a neat trick in making a sympathetic character of a pirate who indulges in all the activities of his trade, and whose portly personality comprises almost all negative traits. These stories should still entertain younger children along with the adults who’re doing the reading, and anyone with a childhood memory of the TV series. The most recent edition is a flimsy paperback, but the 1990s Ted Smart publication is hardbound.