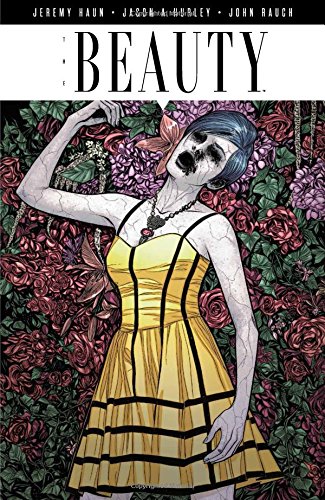 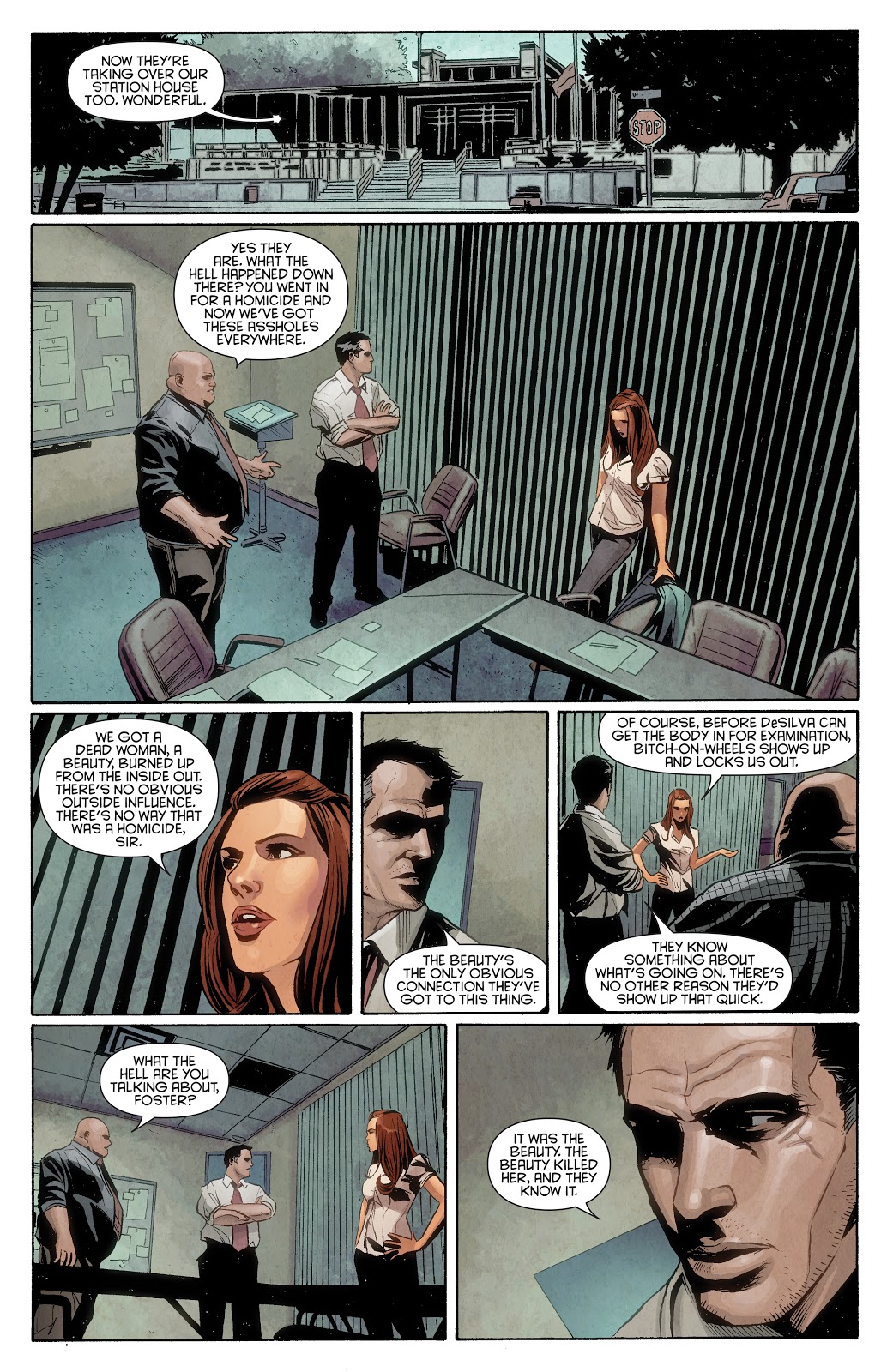 Jeremy Haun and Jason A. Hurley leap straight to the point in their first few pages, introducing the beauty as the name for a sexually transmitted disease. There appear to be no negative aspects beyond a slight fever, and in return the body is transformed into a more physically attractive form, a person’s younger ideal. It’s possibly the first disease in history that people actually want to contract, yet it’s also spawned an opposition terrorist movement, and there are government agents who know far more about the possible consequences than the police investigating a beauty murder.

Haun and Hurley co-plot, with Haun handling the art, and they supply all the above information in an admirably compact six pages. From there they move into a police procedural story with horror overtones. People start burning up from within, and while the authorities attempt to conceal this at first, when it happens live on TV there’s no covering up. While the police detectives are kept in the dark, readers are made aware of shady goings on behind the scenes.

Police detectives Drew Foster and Kara Vaughn are a likeable pair, honest, dedicated and with human fallibilities, while she contracted the beauty virus without wanting it. It gives them a personal interest in getting to the bottom of matters beyond doing their jobs.

Haun’s art is textbook competence, telling the story well, and differentiating the cast. Amusingly, the premise gives him a justification for most of the cast falling into the typical glamorous depictions so common to comics. In order that there’s a stronger visual element than the real world Haun designs a creepy villain, who works as designed, but Haun’s not one for going overboard with background detail or decoration. There are capricious little touches like a Batmobile model in a lab, but more often pages where the lack of accessories hurts, the locations not convincing as they should be in defining places where people live or work.

The Beauty’s intended to resemble a fast paced movie and it hits most of the right marks in doing so. Some explanations are too wordy, and the action/talking balance isn’t quite right, but it grips, and the pages turn as the situation becomes ever more desperate. Despite this being labelled volume one and the series continuing with volume two, this provides a complete story. 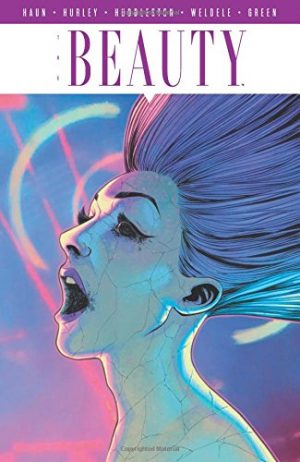 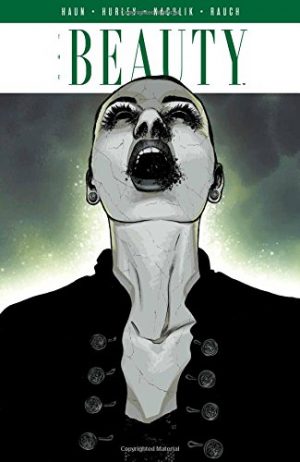 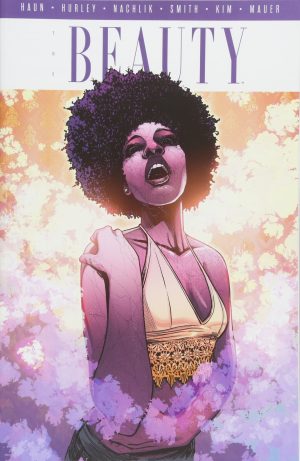 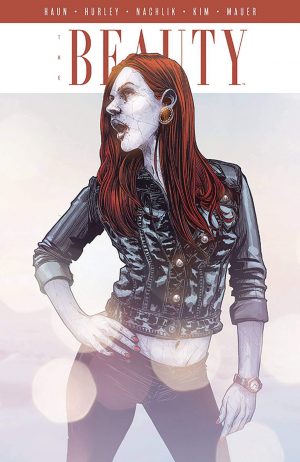